Home Winners & Losers F365’s early winner: Ramsdale and the save of the season 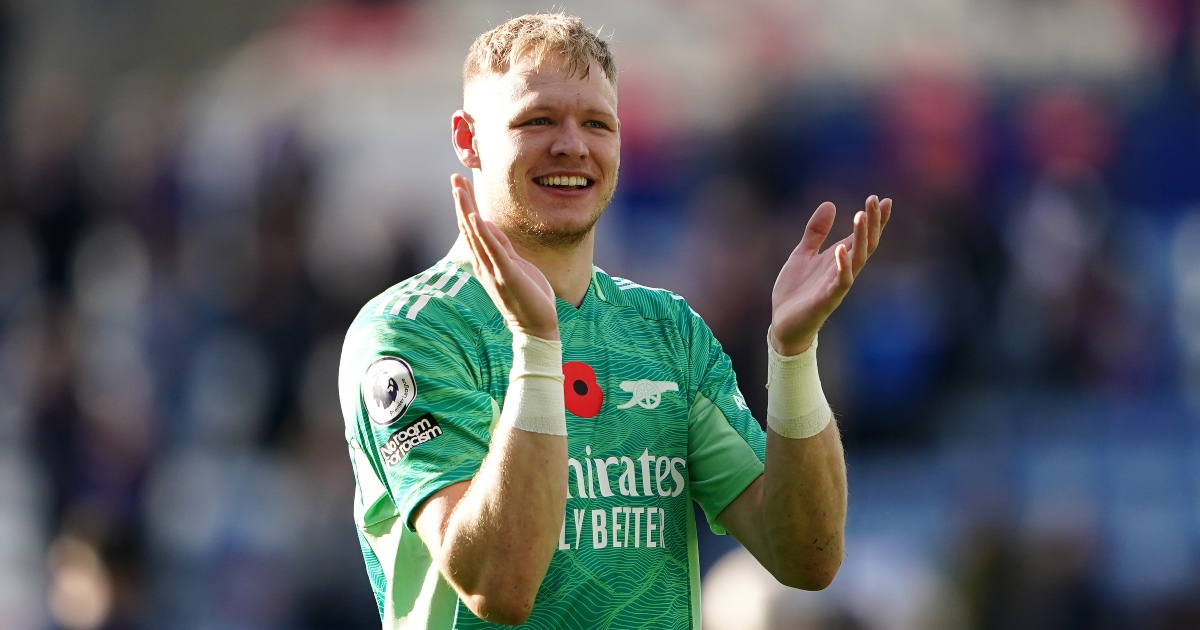 Leicester had 64 per cent possession and 16 shots to Arsenal’s 9. They did not have Aaron Ramsdale.

On the hour mark, after yet another excellent save, Ramsdale spanked his goal kick downfield amid the “ohhhhhh” of the Leicester fans, before turning round and joining them in the “you’re sh*t, ahhhh”, with a fist pump to boot. He was enjoying himself.

It was a decent, professional performance by Arsenal to earn their biggest scalp of the season. That said, they required the top form of Ramsdale to secure three massive points and a clean sheet. He produced the save of the season to deny James Maddison from a free-kick.

Some will say it wasn’t in the corner, others will claim he should have moved his feet quicker, or tipped it round the post rather than on to the bar. He’s a goalkeeper – there will always be detractors. But f***’em. It’s fine for something to be undeniably brilliant. It was a jaw-dropper.

There were doubts. £25million was a lot of money for a player not all that much better than Bernd Leno. There were more pressing Arsenal problems that could have been remedied with that money. You, we, they, were wrong. Ramsdale is yet to lose a game for Arsenal and has conceded four goals in eight games.

“I have the self-belief,” Ramsdale said when asked if he had Jordan Pickford’s England spot in his sights. There’s no doubting his confidence. And performing as he is, there’s only so long the ‘done nothing wrong for England’ argument will be enough to keep Pickford in possession of the No.1 shirt. Selection should be based just as much on what’s being done right as how little is going wrong and that is more true of goalkeepers now than ever before.

Beyond that one outstanding save, Ramsdale made seven further stops against Leicester, and looked bigger and bigger as the game went on. He’s very quick off his line, strong when coming to collect crosses and his distribution – whether it’s a throw to the halfway line, a kick from the hands arrowed into Pierre-Emerick Aubameyang’s feet, or a forward-splitting pass into midfield – is thoughtful and vital to the vibrant football Mikel Arteta covets.

There were other solid performances. Thomas Partey had one of his better games, Gabriel – who opened the scoring with a header – was dominant, and Aubameyang led the line really well. As someone who lacks the quintessential qualities of a captain, Aubameyang is now making up for that through the example he’s setting.

That said, Leicester were awful for the first 25 minutes. Having passed the ball to nowhere ahead of Emile Smith Rowe’s goal, Maddison joined his teammates in trotting after the breaking Arsenal forwards. It was a moment that typified a spell of general inertia, and it cost them.

They struggled to get Youri Tielemans and Maddison on the ball; when they did the final passes were poor. The press was crude and scattered. They were frequently caught in possession. Arsenal were allowed to pop the ball around and drift past idle outstretched legs.

And when Leicester did wake up, Arsenal’s wired goalkeeper was staring them straight in the eyes, daring them to beat him. They couldn’t – possibly no-one could have.