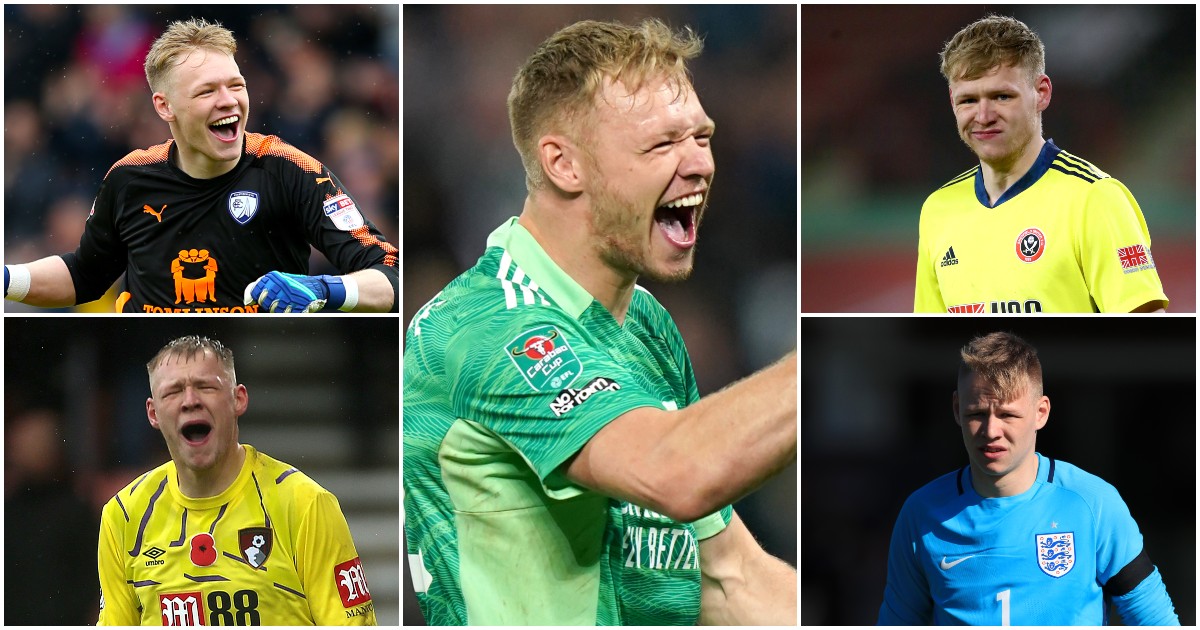 Aaron Ramsdale has plumbed the depths but the new Arsenal No.1 is in line for an England debut. Don’t judge a player on their worst form.

It is difficult to say whether Aaron Ramsdale’s career might have gone into a tailspin as he plunged to almost comedic lows this time last year, given the young goalkeeper had yet to scale great heights. But a year on, his rise from bloopers extraordinaire into blossoming superstar should leave everyone who criticised his Arsenal transfer red in the face.

One of the longest and most protracted sagas of the summer, Ramsdale’s move to the Gunners attracted vast criticism. Views ranged from it being a waste of money for a back-up keeper to the 23-year-old never being of the potential ability Arsenal would need.

Yet just a handful of games into his career in north London, Ramsdale has proven all of his doubters wrong. Having ousted former first-choice Bernd Leno as the No.1 in all but shirt number, Ramsdale has kept three clean sheets in four Premier League games, as well as shutting out West Brom on his full debut in the Carabao Cup.

Son Heung-min’s consolation in the north London derby remains the only strike to have beaten the Stoke-born shot-stopper, but perhaps this should come as a lesson to the majority of us: don’t judge a player based solely on his absolute worst form.

Anybody with functioning vision and even the most basic level of knowledge of the beautiful game could see that Ramsdale’s Sheffield United career had the ugliest of starts, but his rock bottom should never have been the level at which he was assessed long term.

Being a key member of successive relegated sides from the Premier League is never a good starting block, but it all feeds into the culture of banter and WhatsApp group memes which have replaced general sensible discourse.

It is far easier to partake in the schadenfreude or mockery of a footballer’s career than to admit that they are human beings who have good days and bad days, positives spells and negative times, for whom life often lies somewhere in the middle ground, a space between black and white.

Sheffield United’s record-breaking bad start to the 2020/21 campaign opened Ramsdale up to constant pressure and abuse. It was a thankless task as many noted how much more fragile the Blades’ defence looked with the new signing from Bournemouth in place of much-loved former loanee Dean Henderson.

But the loss of Jack O’Connell on the left side of the back three was perhaps the biggest factor to what had been, more often than not, a stellar backline set up by Chris Wilder. There are a multitude of factors behind that extreme case of second season syndrome, far too many to cover here.

That Ramsdale ended a season in which he kept five clean sheets as both Young Player and Player of the Season at Bramall Lane, with more plaudits than critiques, spoke not only to his overall quality but to his mentality and character.

For while almost every fan, journalist and critic in the land was casting aspersions over his long-awaited move to Arsenal, Ramsdale always believed he was good enough to be in his current position.

Less than a year ago he was, at worst, the modern-day ever-present on Danny Baker blooper videos and at best, a key individual behind the worst start ever made by a Premier League club. Even two months ago, Ramsdale was playing in the Championship for a side losing at home to Birmingham City. Two and a half years ago he was plying his trade on loan at AFC Wimbledon, conceding four goals at home to Gillingham.

His rise to undisputed first-choice at Bournemouth, then back at boyhood club Sheffield United and now at Arsenal, despite doubts from the start, only highlights the absurd confidence of a man who matches the most famous mantra Chumbawumba offered.

He who has been knocked down countless times only to get back up again on each and every occasion has one final frontier to break down. Like his club career, Ramsdale’s international trajectory has seen him progress through the youth ranks to the cusp of England’s Euro 2020 finals squad, omitted and then brought back in following Henderson’s injury from the second group game onwards.

All this while languishing in the Championship, still living under a false reputation. Ramsdale is now in line to make his senior debut against Andorra on Saturday night.

It is a foregone conclusion of a game for the Three Lions, but Ramsdale’s career to date has been anything but. This latest recognition of his rise through the ranks is unlikely to be his peak.

Jordan Pickford may be the number one for England right now; he should continue as such for as long as he keeps impressing at international level as he does with such bombastic glee. Ramsdale, however, has time and momentum on his side.

Competitors to Pickford have come in the guise of Burnley’s Nick Pope, Sam Johnstone at Championship West Brom and Henderson, very much playing second fiddle to David de Gea once more at Old Trafford.

Ramsdale, with those two relegation in as many years, is looking to the future. For Arsenal, who conceded nine times in those opening three games for which Leno donned the gloves, he has shone. The future is even brighter than the present, and that has brought with it an unusually calm presence in the Gunners’ goal. For England, he will likely not be tested in his first appearance if it comes against Andorra.

But as ever, there is much of the tale left to be told by a man who has already taught us so much. You may never get a second chance to make a first impression, but the first impression needn’t be the lasting one. Those who doubted Ramsdale’s transfer this summer – for his quality, his price tag, his potential to improve, or any other reason that had sides splitting over his switch from the Steel City to the capital – all look like fools already.

There will be more bad days to come, but few are better equipped to push on and leave them in the past. If we all had any sense, we would have the same outlook