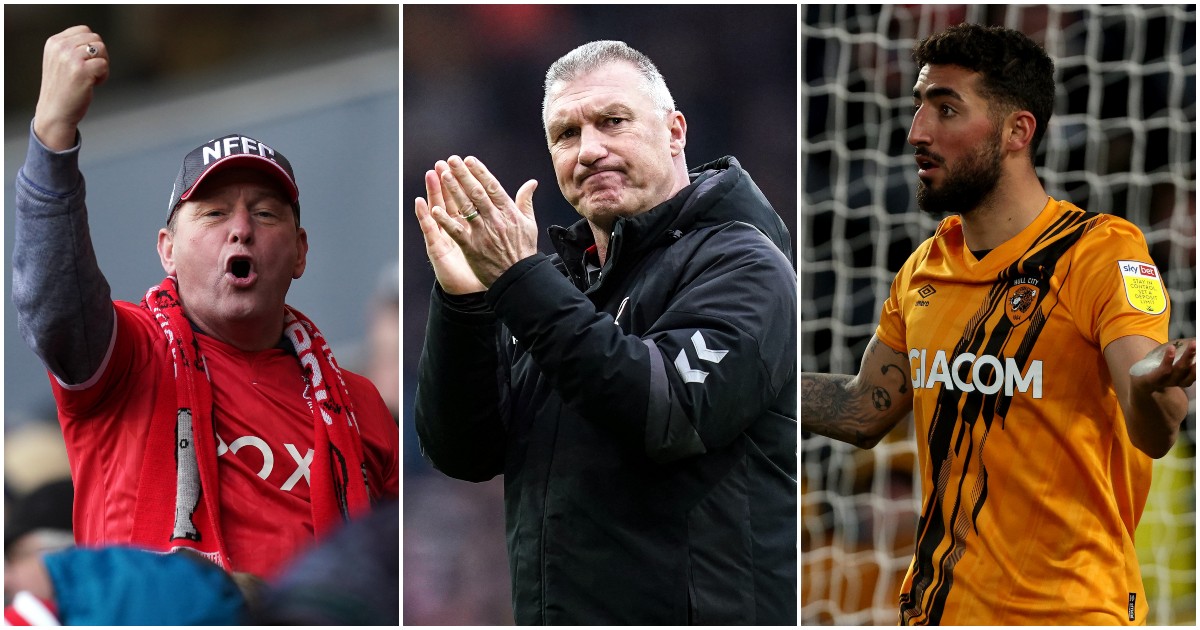 The Championship is a particularly fickle beast, with both Luton and Sheffield United enjoying themselves right now. As for West Brom…

Do check out the original mood rankings from mid-January, which are in brackets.

1) Sheffield United (12)
Looking back at mid-January, it seems ludicrous that Sheffield United were only in mid-table when it came to Championship moods. Unbeaten since a 2-0 defeat to Derby and with six clean sheets in the space of a month, the Blades have skyrocketed under Paul Heckingbottom into the play-off places. There is no team in better form and no club enjoying their football as much.

2) Luton Town (11)
Another team to jump up from the middle at the New Year to the upper echelons of the mood rankings, Luton are in a promotion race as much as anyone else right now. Defeating West Brom may not be a unique achievement, but it continued the Hatters’ near constant upwards trajectory over the past decade and was enough to take Nathan Jones and his side into serious promotion contention.

3) Nottingham Forest (2)
They have dropped a place only because of the overwhelming positivity that has swept over the top two. Wins over bitter rivals Derby and the FA Cup triumph over Leicester, as well as taking out high-flying Blackburn, mean the mood at the City Ground is still entirely at odds with the opening month of the season. It would take something incredible to change that.

4) Fulham (3)
Fulham are still sitting pretty atop the Championship and their fans can rest easy in the knowledge that it will take a disaster from this point to not make another immediate return to the Premier League. Defeat at home to Huddersfield should prove to be nothing more than a blip; it is almost impossible to see one team, let alone two, earning more points than the Cottagers come May.

Things are hotting up in Championship winners and losers

5) Huddersfield (9)
The off-field issues from last month still exist, but that is hardly enough to bring down the mood at the EFL’s only unbeaten club this calendar year. They might not have been at the forefront of anyone’s mind for promotion a few weeks ago, but that win over Fulham has changed a lot of opinions – ours included.

6) Middlesbrough (4)
Chris Wilder is still working miracles with Middlesbrough, who are entrenched in the promotion picture just as much as his former employers, Sheffield United. A play-off final between the two is looking like more of a possibility with every passing week. Yes, please. Just a shame about that defeat at Bristol City.

7) Blackpool (7)
We felt a little harsh that Blackpool didn’t quite make the top six of these rankings last month, and we feel equally harsh this time around. The Tangerines have had terrible luck with injuries on a weekly basis, yet remain one of the division’s most consistent performers. A second successive season in the second tier already beckons.

8) Preston (13)
Back in January, we measured Ryan Lowe’s appointment as taking the mood at Deepdale up at least half a dozen positions. They have made a similarly sizeable jump up the Championship table, and far more importantly, these mood rankings since. It’s amazing what winning regularly does to a club.

9) Hull (18)
Results have slowed somewhat in recent weeks after the winning run that bridged Grant McCann’s final week in charge before Shota Arveladze took the reins at the MKM Stadium, but finally seeing the Allam family leave Humberside has picked up every Hull City supporter. No chance of promotion and little chance of relegation with a bright future on the horizon. What’s not to love, besides the winless run?

10) Blackburn (1)
It shows just how much credit Blackburn had in the bank from their ridiculous run of form across November and December that a desolate start to 2022 still sees Blackburn comfortably inside the play-off places going into late February. Just two league goals have been scored this calendar year – and none in the last four outings. The atmosphere has tanked considerably.

11) Coventry (6)
It is testament to the strength of the Championship that a club who have had such a remarkable rise from the doldrums and exile to loving being back in their home city come this far down the rankings. Promotion is looking like a pipe dream, but that is small fry compared to being back in love with their club. Everyone connected to the Sky Blues is on cloud nine.

12) QPR (5)
January was supposed to be the month that QPR struggled with a tough fixture list coupled with a trio of first-team stars heading to AFCON. A near-perfect first month of the year defied expectations, just as two points from a possible 12 in February have brought a bit of misery to the Kiyan Prince Foundation Stadium for the first time this season.

How many points are they picking up? 🤔 pic.twitter.com/z9G1b8gAs4

13) Bournemouth (8)
Scott Parker is equally capable of greatness as he is commandeering woeful performances from his Bournemouth side. A couple of unconvincing wins coupled with Blackburn and QPR’s drops in form have granted the Cherries some daylight from 3rd place and below. It does not feel like a secure enough gap to cheer yet.

14) Derby (10)
There could be light at the end of the tunnel yet off the pitch, and the expectation now is that the Rams remain in the division as well as staying afloat financially. Does that set Derby up for a fall, though? It will all feel desolate come May if they stay inside the bottom three.

15) Cardiff City (23)
It’s not been a good season, even by the standards of the most optimistic Bluebird, but Steve Morison has found a good mixture of a winning formula and fun football to watch for Cardiff fans. They may be 19th, but Championship safety is assured. In Morison, there are more reasons to be cheerful.

16) Millwall (16)
Millwall are mid-table and that is fine. Nothing has changed and that is also fine. They are fine.

17) Stoke City (14)
Promotion is already out of the minds of the most positive Stoke supporters, who are equal parts looking forward to building up their young, exciting squad and wondering if manager Michael O’Neill has done enough to be the man guiding it. What is for sure is it looks like Stoke will be in for a damp squib of an ending.

18) Birmingham (19)
One place higher on account of signing some good players in January and knowing that despite how bad things are off the pitch, it will take a disaster or a miracle to see Brum playing anywhere but the Championship next season. They desperately need some good news off the pitch now.

19) Bristol City (22)
In a similar situation to rivals Cardiff, but without the assuredness of a promising manager to bring a bright future in their dugout. Having the division’s fourth top goalscorer is cool, while youngster Alex Scott, Antoine Semenyo and Han-Noah Massengo are providing great entertainment. It’s just a shame they might have to be sold to avoid doing a Derby or a Reading.

20) Reading (24)
Speaking of which, the dismissal of Veljko Paunovic has put a smile on the collective face of Royals supporters. Paul Ince as interim manager has brought them back down to Earth somewhat, but having Noel Hunt back is exciting for all concerned. It’s just a shame that relegation looks a likely outcome.

21) Swansea (17)
A transition season this may be, but Swansea have been dreadfully poor on just too many occasions to allow for much optimism in an increasingly short-term world of thought. Russell Martin has grand plans to bring Swansea their ultimate DNA matchup, but it is unclear how much more rope he has left to still be at the Liberty Stadium next season.

22) Peterborough (20)
It took over half a decade to make it back to the Championship and it looks like being nothing more than a second-tier sojourn for the Posh. It is hard to know if losing four-time promotion-winning manager Darren Ferguson will make Peterborough supporters more or less cheerful. Either way, Peterborough look destined for a return to the third tier.

23) Barnsley (21)
Like the Posh, it’s a two-place drop from last month in these rankings for Barnsley. One win does not a good season make. The Tykes are rock bottom and conceding a poor last-minute goal to mid-table Coventry showed that solitary victory was an exception rather than the new rule.

24) West Brom (11)
It feels like we were either extremely naïve in having West Brom as the 11th-happiest Championship club just over a month ago, or the last five weeks have been an atrocious time to be a part of the Baggies. In truth, it’s both. The sacking of Valerien Ismael was a brief moment of glee for the Hawthorns faithful, but one point and no goals from Steve Bruce’s first three games in charge have seen West Brom drop out of the promotion running. They appear to be heading in only one direction from here on in.