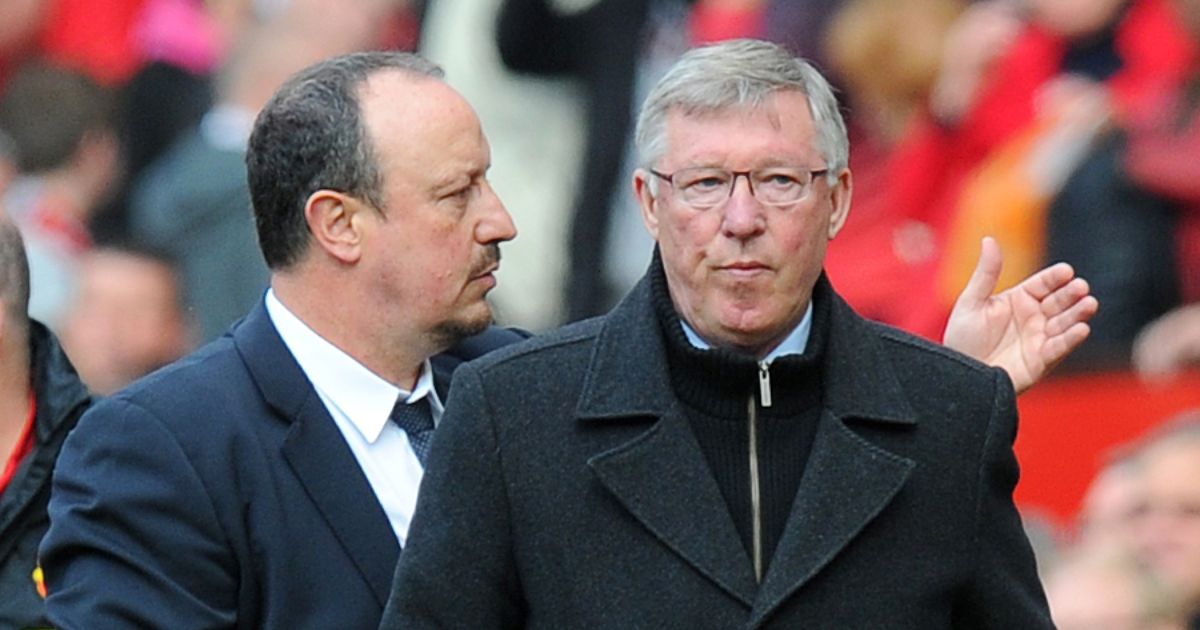 Liverpool are showing just how difficult it is to win consecutive Premier League titles. Bloody bad champions. On only eight occasions have teams defended their top-flight crown since 1992. It was more impressive in some instances than others.

What follows is a ranking of those successful title defences based on a number of factors, such as quality of contenders, difference in points totals from the previous season and achievements in other competitions in the same campaign.

8) Manchester United (1996/97)
It started so well. Not for Neil Sullivan, whose little hop was embedded in forlorn folklore as David Beckham opened Manchester United’s Premier League title defence with a moment for the ages from the halfway line. But there were times that Alex Ferguson’s side looked as though their crown might just slip, such as when they lost three games in a row to Newcastle (5-0), Southampton (6-3) and Chelsea (1-2) over 13 days in late 1996.

Perhaps they would have fallen if the chasing pack had been stronger. Newcastle, Arsenal and Liverpool all finished level on 68 points, the Magpies and the Gunners both changing managers mid-season as Manchester United benefited from more stable foundations. With that said, the most consecutive league wins they racked up at any stage was five, while their championship-winning total of 75 points does not rank in the top 50 in history over a 38-game season. Hell, it would only have been enough to finish sixth on goal difference in 2016/17.

7) Manchester United (2000/01)
The ease with which Manchester United secured the first Premier League title of the millennium meant a subsequent dip was inevitable. The 18-point gap they enjoyed at the end of the 1999/2000 season was whittled down to ten as those ridiculous standards slipped ever so slightly.

With that said, Manchester United scored the most goals and conceded the fewest of any team in the 2000/01 campaign, with half of their overall six defeats coming in their final three games when the title was already won. Arsene Wenger’s Arsenal, a strong Liverpool and high-spending Leeds were all repelled with relative ease by the Champions League quarter-finalists.

6) Manchester United (1999/2000)
The previous campaign is when Manchester United really exerted their dominance. It was a thankless task in so very many ways to follow up the Treble season, but while their Champions League trophy was relinquished in the final eight and politics forced them to abandon the defence of their FA Cup, Ferguson’s side conquered anyone who threatened to challenge them at the Premier League summit. They went from one point clear of Arsenal in 1998/99 to 18 ahead of the second-placed Gunners the following campaign.

There were two separate runs of six wins in a row, with an 11-game stretch of consecutive victories underlining their brilliance. After the brief stumble of two defeats in October to Chelsea and Tottenham, they were beaten just once thereafter. Manchester United also scored at least 24 more goals than any other team, with four different players scoring hat-tricks.

5) Manchester United (2008/09)
“There’s no doubt that in the second half of the season they will get nervous. With the experience we’ve got at our club, having won a couple of titles in the past couple of years especially, it helps you. There’s no doubt about that. They are going into the unknown, and if you make mistakes, then you get punished.”

That Ferguson always was an absolute card. And his Manchester United side probably never received due praise for what would transpire to be his final successful Premier League title defence, the focus instead on the collapse of a genuinely fearsome challenger to the throne. They managed to overhaul Rafael Benitez and a wonderful Liverpool team while keeping 427 clean sheets and balancing a run to the Champions League final, which was no mean feat.

4) Chelsea (2005/06)
Jose Mourinho sauntered to the Premier League title by more points in his first Chelsea season (12) than in his second (eight), yet that 2005/06 campaign was something to behold. They finished as the joint-highest goalscorers while boasting the best defensive record, making the best winning start ever and not even conceding until late September. By the time they put together ten successive wins as they entered mid-January, the gap to Manchester United, Liverpool, Tottenham and Arsenal was laughably chasmic.

If they had not predictably and understandably allowed complacency to creep in, it could have been the single greatest Premier League season ever: Chelsea dropped nine points in their first 25 games and 14 in their last 13. Of their five defeats, two came in their final two matches after the title had already been won and four were by scorelines of 1-0, with only that 3-0 aberration at Middlesbrough exposing their human side. Their record against Manchester United (2nd), Liverpool (3rd), Arsenal (4th) and Tottenham (5th) was a peerless W7 D0 L1 F16 A3.

3) Manchester United (1993/94)
No side had defended the English top-flight title for a decade. Blackburn and Newcastle spent £8.5m and £5.1m respectively in an effort to obliterate the glass ceiling and stand among the elite. Yet Manchester United rose to the challenge by upping their points total from 84 to 92, staying top from their fourth game onwards and claiming the FA Cup to complete a famous Double.

A sequence of three wins and three defeats, as well as a draw with Swindon, in nine games from late February to mid-April likely had primitive message boards demanding that either Ferguson step down immediately or the hierarchy back the manager and invest more in a troubled squad. But after winning their first title for 26 years in 1993, they never came particularly close to having their grip loosened over the course of the subsequent 12 months.

2) Manchester City (2018/19)
In the case of some successful title defences, the champions deserve credit for maintaining their standards despite either weak opposition or improved contenders who had too much ground to make up. Manchester City had no such luxury when Liverpool emerged as one of the single most dominant forces English football had ever seen soon after Pep Guardiola bent the competition to his will.

The numbers speak volumes. Manchester City finished on 100 points in 2017/18 and were 19 points clear of the runners-up. They ended on 98 points in 2018/19 and that breathing space had been reduced to a single point. The only team not to lose to Liverpool in that season had to be pretty much faultless from February onwards in the knowledge that any stumble would be punished ruthlessly by brilliant challengers. Liverpool ended the campaign with nine straight wins; Manchester City had to rack up 14 on the bounce just to pip them by a whisker.

1) Manchester United (2007/08)
As an isolated Premier League title defence, it required a phenomenal effort for Manchester United to hold off Chelsea in 2007/08. They went from 89 points the previous season to 87, six clear to a gap of just two, to retain the championship. No side scored more goals. No side conceded fewer.

Yet the thing that sets this achievement apart was that the Champions League trophy was delivered alongside it. Not two and a half years have passed since Gary Neville recommended that a sensational Liverpool side sacrifice their European ambitions because they could not possibly coexist with domestic excursions, yet he and Manchester United heeded no such advice in a similar situation. The Premier League has rarely been as strong as it was then, Chelsea, Arsenal and Liverpool all providing stern competition. To win the two most coveted prizes against that backdrop and with a target already on their backs was the stuff of majesty.