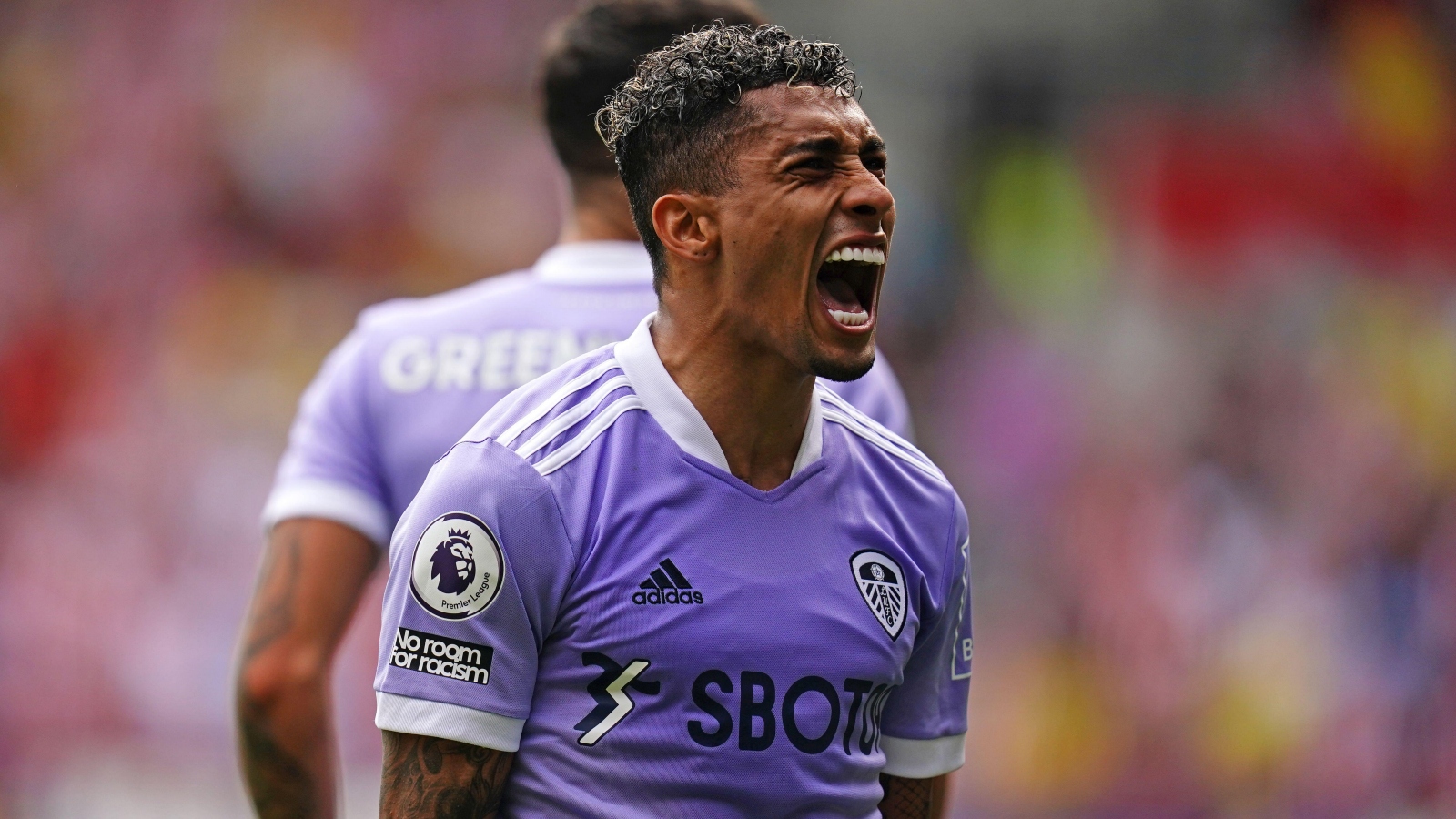 Thomas Tuchel’s caveats for Chelsea’s toothless attack will be removed this summer, as the key difference between the transfers of Raphinha and Willian looks set to shine a light on the Chelsea manager.

We love a good transfer hijacking and so, it appears, do Chelsea. They’ve been singing about their favourite swoop for nearly a decade…

Substitute Spurs for Arsenal, Raph-in-ha for Will-i-an and Abramovich for Todd Boehly and the chant becomes admittedly less catchy, but does include the crux of the matter that makes it such a bloody good laugh for those Blues fans: Raphinha, like Willian, probably doesn’t ‘hate’ Arsenal, but he clearly prefers Chelsea.

Both wingers, both Brazilian, both in talks with a north London rival, both pounced on by Chelsea at the 11th hour (or one of the hours before that): there are striking similarities between the two transfers.

In the 2012/13 season, just before they signed Willian, Chelsea – as was the case in 2021/22 – had just pipped Arsenal and Spurs to third place. The only difference, which proved crucial in Spurs’ attempt to sign Willian then, and in Arsenal’s chase of Raphinha now, is that both clubs were battling Chelsea for their signatures from fifth place, rather than fourth.

Had Arsenal and Chelsea gone toe-to-toe then, and had Spurs been battling now, the playing field would have been levelled. They may not have been able to compete with Chelsea financially, but at least Champions League football – which makes a tough call an easy one for the players – would not have been a point of difference.

Willian scored 61 goals and provided 62 assists in 338 appearances for Chelsea, winning five major trophies, including two Premier League titles, and was named Player of the Season in 2016. He was a very good signing, and Spurs, of course, won nothing in that time. But beating Arsenal to Raphinha feels like the bigger moment for Chelsea.

Willian arrived at a time when they got plenty of transfers right, particularly in forward areas. Oscar and Eden Hazard arrived the summer before, Diego Costa in 2014, then Pedro in 2015. All from abroad, all successful to varying degrees. But now, signing a Premier League forward is the smart move, and transfer smarts have evaded Chelsea for far too long.

Boehly’s apparent strategy of targeting players already thriving in the English top flight is perhaps less exciting than a move for Ousmane Dembele, for example, whose signing would earn social media acclaim in a ‘look at this guy we’ve not really seen before’ kind of way, but he would be a risk. And while such risks paid off for a while for Chelsea, more recently they’ve blown back on the club in spectacular fashion.

In fact, Kai Havertz besides (at a push), Chelsea haven’t signed a forward you would hang your hat on since Pedro seven years ago. Michy Batshuayi, Alvaro Morata, Gonzalo Higuain and Romelu Lukaku were all disasters. And Hakim Ziyech, Timo Werner and Christian Pulisic have all failed to reach anywhere near their potential, and could easily be on their way this summer. That’s over £340m essentially wasted.

To a far greater extent, Chelsea know what they’re getting in Raheem Sterling and Raphinha. And it’s got to be a positive sign that Boehly has a) recognised the risk of signing players from abroad, and b) cares more about how a transfer will perform rather than how they’re perceived on a mobile phone screen.

Both Sterling and Raphinha can sort the wheat from the chaff at Chelsea, but could also serve to build pressure on Tuchel, who has so far had few questions over his ability to organise a fluent attack due to the caveat of the players’ failure to adapt to the Premier League. That proviso, as well as the current crop not being ‘his players’, won’t fly when it comes to Sterling or Raphinha, who have been brilliant for Manchester City and Leeds, and are both wanted by Tuchel, who now reportedly has the final say on the comings and goings at the club.

Raphinha could end a Chelsea career as adorned with medals as his north London-snubbing compatriot, before of course leaving Stamford Bridge for the other north London club, being terrible and returning to Brazil, as Willian’s path dictates. What we know for sure is that he, like Sterling, is a player who makes sense in a risk-averse new dawn for Chelsea, which looks set to shine a light on Tuchel that he’s so far managed to avoid.