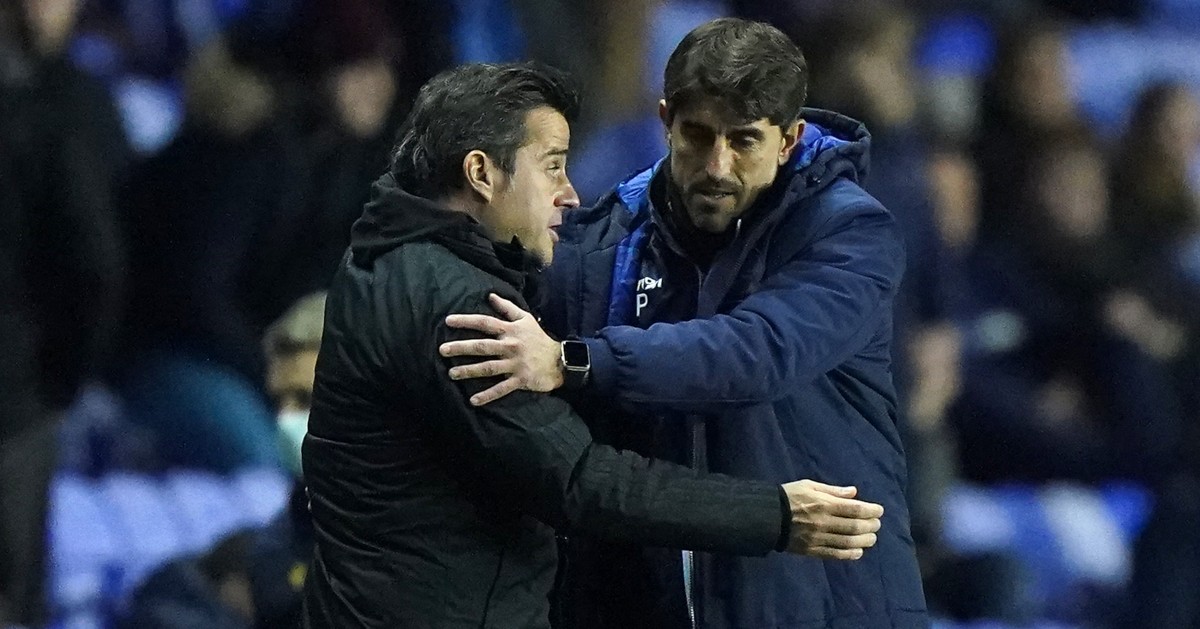 If it wasn’t for their more extreme rivals in the Championship points deduction stakes, the current farce at Reading would be making shockwaves throughout the country.

Unlike similarly beleaguered Derby, however, the Royals are in equal trouble on it, winless and joyless since November. The last time Veljko Paunovic’s side picked up all three points, it left them 21st in the table.

Despite going nine league games since without a victory, Reading still occupy that same spot over two months later. The biggest difference is after that most recent triumph, Reading’s six-point deduction meant their true position was level with 12th-placed Middlesbrough. Ahead of their meeting with Coventry, adding six points to their total would not raise them even one place. They are a knackered dog in a four-horse race for survival, of which three will be put down to League One. Their best hope may be in the EFL inhumanely executing Derby County – which is only further from fruition given the latest development.

Reading’s finances have been just as dire as the performances and results, hence the six-point deduction eventually issued in November, two weeks before their last win. Prior to the announcement, the Royals had an inconsistent yet solid enough start to the season. This was exacerbated by having almost a complete XI of first-team players out injured for much of the opening months. Now, as first teamers return to the fold, things are not only failing to improve – they are getting worse.

The 7-0 home defeat to Fulham was dire, but came with the caveat that promotion-chasing Blackburn had suffered the exact same fate only a couple of months prior. While that trouncing kickstarted Rovers’ push up the table with an extended unbeaten run and the form of Ben Brereton Diaz and co’s lives, Reading have suffered misery of which Stephen King would be proud.

There have been plenty of cruel twists along the way – the FA Cup defeat to sixth-tier Kidderminster was a humiliating relief to sharpen focus on the league, but a humiliation all the same. Going down 2-0 at home to Luton Town stuck in the throat of locals, while snatching defeat from the jaws of victory at Middlesbrough having led with seven minutes remaining showed this club just couldn’t hand out nice things, except to their opposition.

Earlier in the season, at the turning point when Reading began to struggle, we wrote of how the Royals fanbase was split in their backing of manager Paunovic. Now there is a near unanimous agreement that they are heading down and the Serbian manager cannot take the team forward – in any sense of the word.

I like him as a person, I really do. But I don't think there are any logical footballing reasons for why Paunovic deserves to keep his job.

Reading are strolling their way to League One.#readingfc

The problem is, as has been made public by the figures which blight the club, Reading cannot afford to sack Paunovic. The bigger issue is, they also can’t afford not to sack him.

With three months and roughly a third of the season remaining, it would be naïve to suggest that there aren’t twists and turns to come at both ends of the Championship. But whereas the race for promotion of the automatic and play-off varieties becomes tighter, the four teams at the bottom of the second tier are being cut increasingly adrift of those who not so long ago were within catching distance.

Hull and Cardiff City have both put in winning runs in the early stages of 2022 to climb away from trouble, while Birmingham, Bristol City and Swansea all look to have just too much about them to let double-figure gaps to the bottom three close up entirely.

Barnsley, however, are almost certainly goners and on course for one of the worst Championship seasons on record; Peterborough just don’t appear to have the capabilities to make a proper fist of survival. But Derby are an enigma wrapped up in a mystery wrapped up in a 21-point deduction. They have performed more than admirably all season and Wayne Rooney’s side would be just six points off the play-offs without their deduction, level with Coventry and Blackpool, who have both had quietly excellent seasons.

There is no doubting who the best team is, but the hope was that the Rams would be unable to bridge that seismic gap. They are four points behind Reading, albeit with the caveat of having played a game more. One would expect that gap to shorten very quickly, given the Royals can’t win for love nor money.

But they might need to act soon. It is now or never for Reading, whose next six fixtures all come against teams in the bottom half. Even a bout of new manager bounce might just be enough to save them from the dreaded drop.

Stick with Paunovic and the Royals are taking a risk they can ill afford to get wrong. But then this hierarchy have made wrong decisions with critical stakes before; it’s why they’re in a position where they can’t get rid of a manager who has overseen six straight defeats and has the club staring down the barrel of relegation to League One.