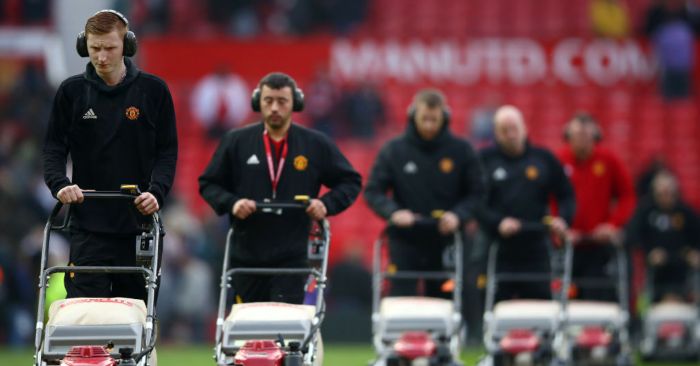 One of the important things the pandemic has shown us is that those who were previously thought to be doing menial, low wage, supposedly low-skill jobs – cleaners, delivery drivers, shop workers, nurses and hospital porters – are actually part of the glue which helps society function better for all of us. That’s what the applause was all about. Thank you for being there and doing what you do. Our lives would be so much worse without your work.

The virus has shone a light on just how much we rely on such labour to oil the wheels of the economy and the functioning of society. They are vital.

So let us hope it has taught our football clubs this very important lesson too. Without the myriad wrongly and demeaningly titled low-skilled workers cleaning the stadiums, the dressing rooms, the toilets and offices, they could not open. Without all the security, the stewards, the people on turnstiles, in the club shops, selling food, drink and tea, selling programmes, matchdays can’t happen. And without the ground staff who maintain the pitches and training grounds, the game could not go ahead.

These people are many in number at big clubs – and while smaller in amount further down the pyramid, are just as important.

If there are people without whom the games cannot go ahead, with or without fans in the stadium, then those people are axiomatic to the game, thus highly important and thus should be paid accordingly well.

They are more important than the players because there’s no facility for players to play at without them. There’s no point in expensively assembling a highly-paid squad if they can’t play because the grass hasn’t been cut, there’s no-one to sell tickets, or the dressing rooms are unusable.

Yet only five of our Premier League clubs are accredited by the Living Wage Foundation as paying the Real Living Wage: Chelsea, Crystal Palace, Everton, Liverpool and West Ham United. In other leagues only Luton Town, FC United of Manchester and Dulwich Hamlet are accredited. In Scotland, it’s just Hearts.

There are some clubs which claim to pay the Real Living Wage but are not accredited, including Brighton and Tottenham. But all clubs should be proud to trumpet that they back the Living Wage Foundation. Every club should make their wage scale transparent so that its supporters can be sure that they are being responsible employers.

Some say they pay it to employed staff but do not ensure contracts with companies who provide staff to the club are similarly remunerated. Clubs should not be farming out contracts for catering to companies who do not pay the Real Living Wage. It should be stipulated that they do or they simply don’t get the gig. It’s an old trick, but clubs cannot avoid blame for underpaying the poorest people in this way.

It cannot be morally defended to pay players so handsomely while the very people they rely on to allow them to do their job are so skint they need to use food banks, so skint their children are going to bed hungry. So skint they need the free meal vouchers Marcus Rashford so brilliantly and successfully campaigned for.

The Living Wage Foundation established ‘The Real Living Wage’ at £9.30 and £10.75 in London. It is a number independently calculated based on what it costs to actually live a very modest existence. Over five million people in the UK do not earn this. The Low Pay Commission estimates most of them are in retail, hospitality and cleaning and maintenance, all jobs which football clubs need filled.

£9.30 is hardly a King’s ransom in itself. What sort of society do we want to live in? Not one which pays some people more than they can ever spend at the expense of those who haven’t got enough to live on, surely?

Quite why the state thinks people’s labour is worth less or more depending on their age is a question for another day. It surely costs the same for one person to live aged 18 as it does aged 25. Quite how a 20-year-old working a 40-hour week is supposed to live off £258 every seven days is anyone’s guess. Of course, they can’t. Many will have to claim other state benefits to top up their income, so in effect, the rest of society is picking up the bill that, in this case, football clubs should be paying. These are businesses owned by millionaires and billionaires. We should not be paying rich people’s bills for them and that is what we’re doing by having to financially support people on low wages. The working poor is a scandal that has too long been swept under the carpet.

Fans and players should be putting pressure on their clubs to pay the staff at the club well, not just exploit their labour for the bare legal minimum.

I find it hard to believe that clubs are run by people who are so cruel, so disrespectful, so ignorant of the value of these people’s work as to abuse them in this way, when they can easily organise their finances to make people’s lives so quantifiably better. After all, we need to relaunch the economy and the additional income low-wage workers receive would all be spent in the local economy, so everyone wins.

It has to stop and we should all write to our clubs to insist they pay the Real Living Wage as a bare minimum. If we have to shame them into it, we damn well should.