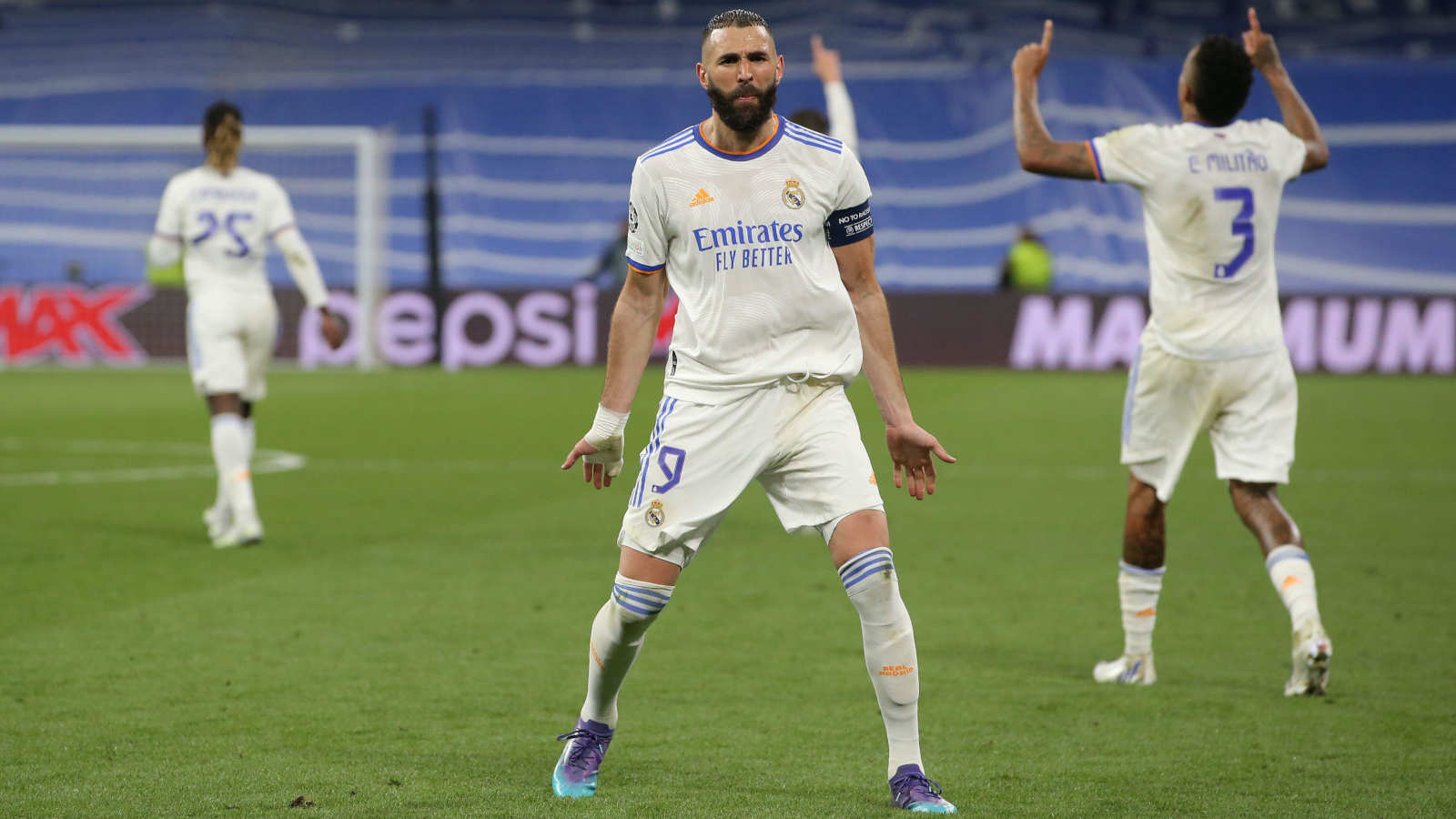 Real Madrid veered thrillingly from the script against Manchester City, but while football is aware of the choke, clutch is less well-known.

We were all a little dazed the following day. At its most basic level, it was cognitive dissonance. Manchester City are, by common consensus, one of the best football teams in Europe. Even allowing for the fact that Real Madrid are also among that elite group, how did this happen? Because there are two sets of facts at play here. On the one hand, it was no great surprise that Real Madrid beat Manchester City over a two-legged semi-final. Is it even possible for Real Madrid to cause a ‘great surprise’ by winning? They haven’t finished lower than 6th in La Liga since 1977. Many might have favoured City before the start of the tie, but there’s a big gap between them not doing so and a ‘great surprise’.

But the other set of facts is more specific. At 85 minutes in the Bernabeu, City led by one on the night and two on aggregate. In the space of 97 subsequent seconds, Joao Cancelo stung Thibaut Courtois’s palms from a distance and Jack Grealish had two chances, the first of which was hacked off the line, the second of which was touched wide by Courtois’s foot.

As 89 minutes passed, Manchester City still led 1-0. By the sixth minute ox extra-time they were 3-1 down and heading out of the competition.

This is how tiny the margins can be at the elite level. Jack Grealish didn’t do anything wrong with his two chances except not score, but unfortunately for him that’s the only metric that truly counts. The first of his chances was bundled off the line and the second brushed the base of the stud on the goalkeeper’s boot and was diverted wide; they probably couldn’t have been any closer. The penalty that won the game for Real Madrid came about as the result of a tackle that was a fraction from brilliance, but was still far enough short to result in City’s elimination from the competition.

The reaction to all of this has been notable. In The Athletic, Michael Cox wrote that ‘Guardiola got his subs right. There’s not much more he could have done’ and concluded that ‘games are shaped by the managers but decided by the players’. In The Independent, Miguel Delaney pointed out that, ‘of Guardiola’s 11 eliminations from the Champions League, going back to the first in 2009-10, a huge eight have seen periods that have involved flurries of goals conceded or astounding collapses,’ and pointed to an array of possible explanations as to why this might have happened. In The Guardian, Barney Ronay wrote that, ‘City were simply overwhelmed here, the masters of control beaten by another moment of energy, light, magic, whatever’. He wrote after the first leg of Real Madrid that: ‘One of the main benefits of believing your own divine right of kings myth is this thing is never really over.’

This match did not follow any of the scripts that we have prepared for matches in our heads; at least, it had a huge plot twist. In the press boxes, carefully-written match reports were torn up and thrown out of the window just as they were nearing completion. At homes across the world (certainly on social media), there was a giddy delight that comes when you throw off the shackles of knowing what the hell’s going on. In the stands, satisfaction at a job well done turned to despair, and slowly welling anger turned to amazed happiness. It’s very difficult for any of us looking on from the sides to even be able to comprehend how it must have felt on the pitch, at the eye of what may well already have felt like a global storm, a match between football’s establishment and its new money.

Experience counts for a lot, and while Manchester City’s players are all very experienced professionals, in terms of having been here before they cannot hold a candle to Karim Benzema and the age-defying Luka Modric. But to ‘clutch’, to have the ability to summon whatever is physically necessary to succeed and perhaps change the outcome of a game in its closing stages, seems to be a bigger factor still. It is often discussed and is a significant driver behind the culture of analytics used by many clubs, but as most research on it has taken place in the USA and has involved baseball, it isn’t usually heard in football. Its antonym, to ‘choke’, is considerably more widely used.

Real Madrid’s run in this year’s Champions League shows that to write their win against Manchester City off as ‘luck’ alone would be premature. Against PSG in the round of 16, they were two goals down with an hour played in the second leg. Against Chelsea in the quarter-finals, they threw away a two-goal lead in the second leg and were a goal down with 15 minutes to play. Every time we’ve thought they were dead since the start of the group stage, they’ve risen again, still stumbling towards us, arms outstretched.

While clutching has been talked about and studied, much of this research has focused on the individual, with CBT having become increasingly prevalent to maximise it among players. But what happens to Real Madrid feels like a form of collective clutch, an unmistakeable aura of confidence-to-arrogance borne of decades of winning trophies that has now been scorched into the club’s culture like a wood stain. How much of this is something the club looks for when signing players and how much of it bred into them as a result of being at the club is difficult to quantify.

PSG, Chelsea and Manchester City, three clubs turbo-charged by the new money of the fossil fuels industry, found themselves out-foxed by a club that they likely perceive to be one the biggest fossils of all – the landed gentry of European football, Old Money incarnate. But while the money helps and gets you so far, being absolutely certain that you’re the biggest and best sure does seem to go a long way, to a point where it can even stop mattering whether you even are or not. Neither of these ways of doing things seems to be completely infallible against the other for now.

At its best, football stops making any sense whatsoever. An overwhelming soup of long-term strategies, money and coaching mix with the vagaries of luck and the gains to be found in the tiniest of margins all combine to produce something that makes perfect sense and defies analysis at the same time. And if a cold war has broken out in football between its old and new money, then that confidence borne of decades of both expecting and demanding the best – that collective clutch – may still have a value that money simply cannot buy.