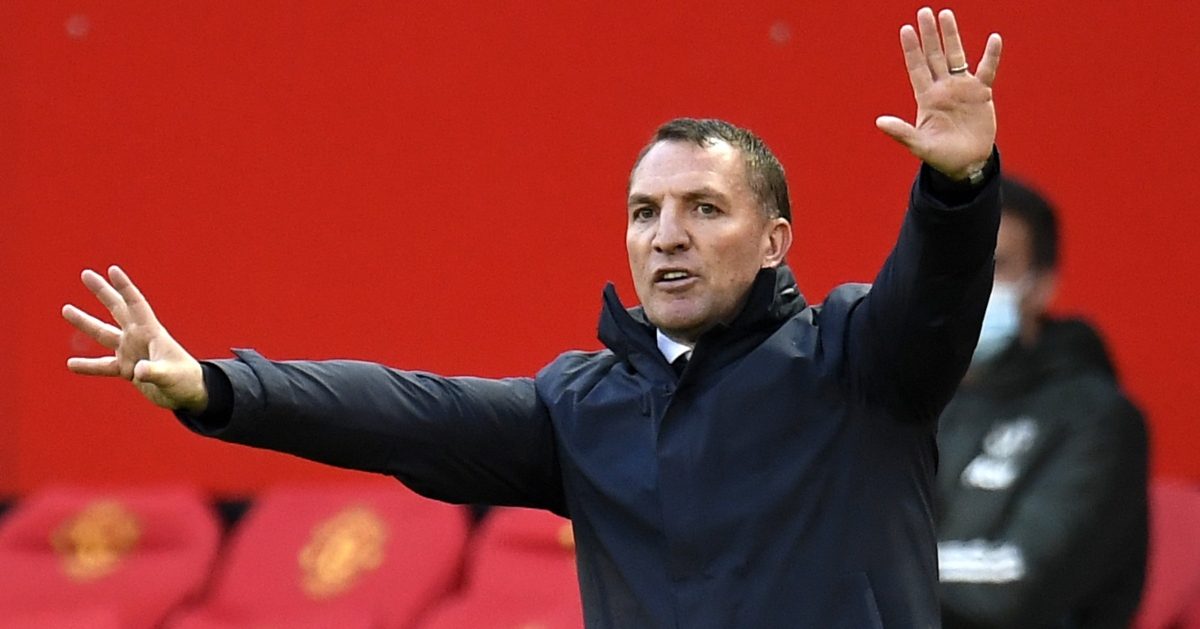 Brendan Rodgers missed the boat at Liverpool and is missing it again. That top job is drifting.

“There’s two things. Firstly it is really disrespectful to ask the question when you have a manager in place, a good manager and a good man. Secondly I can’t really comment on it, because it is something that is not real. I am here as the Leicester City manager, proud to be here, privileged to be here and fully committed to the players, the club, the ownership. That’s about it, all the other noise around that is something we can’t control.”

It’s not the first time Brendan Rodgers has had to bat away speculation that he could be poached from Leicester, but it could well be the last. Even this latest piece of conjecture felt forced. Rodgers said the rumours of Manchester United’s interest were “not real”, and in truth, it felt that way for most of us.

You’ve got to time the jump right as a manager, and Rodgers may now be missing the boat for the second time in his career.

He moved from Swansea to Liverpool and from Celtic to Leicester at the peak of his powers, but was well into an Anfield trough by the time he left Merseyside and is currently sliding from grace at Leicester. With all due respect to Celtic and Scottish football, a second move north of the border would be deemed career surrender, but leave the jump too long and the options will dwindle to the point – as they did post-Liverpool – where he’s left with ‘big club’ options limited to lesser leagues.

This may all seem a bit hasty. Rodgers has done an excellent job at Leicester. They’ve finished fifth in the last two seasons and won the FA Cup just over six months ago.

But on the back of a summer window in which he was granted funds and built what looked like a foolproof squad ready to make that final push for Champions League football, he is now struggling to tap into perhaps his most enviable managerial quality.

Leicester’s defending has been awful. Only Watford and Norwich have conceded more goals this season, the Foxes haven’t kept a clean sheet since the opening day, and no goalkeeper has been forced into more saves than Kasper Schmeichel. And where Rodgers has previously shone in the face of absentee adversity, the injuries to James Justin and – in particular – Wesley Fofana, have hit Leicester for six.

Rodgers is, or was, a master of the manoeuvre: shifting formations, tactics and personnel to aid and ameliorate his team, seemingly no matter the problems they encountered.

Caglar Soyuncu was one of those sticking plasters. After just four starts as Harry Maguire’s understudy in his debut Premier League season, Soyuncu became the main man following Maguire’s departure, the chiselled commander of a consistently solid defence.

He’s now a problem instead of the solution, making rash decisions and existing out of position.

The 25-year-old has started every Premier League game. It’s as though Rodgers refuses to believe him to be an issue – the Leicester boss has done everything but drop Soyuncu to ease his side’s defensive woes, with £16million summer signing Jannik Vestergaard a very good, underused alternative.

There is, of course, hope that the return of Fofana in the New Year will lead to solidity and an upturn in form and results. He’s a wonderful footballer. But there is a sense that the damage done by then will be hard to reverse.

At the same stage in the previous two seasons, Leicester were second. They now sit tenth, having won just five of their 14 games. The hard yards previously put in before Christmas will now have to be gained in the second half of this season – a period in which Leicester have historically struggled under Rodgers.

A similar season trajectory could end Rodgers’ hopes of a top Premier League job. In order for a manager (particularly a British one) with no historic ties to land one of those big posts, they need to be damn near perfect. He arguably has been for the last two seasons, but is now at risk of being lumped in with the Premier League normallows, having struggled to maintain a peak few would have expected, and being punished for it.