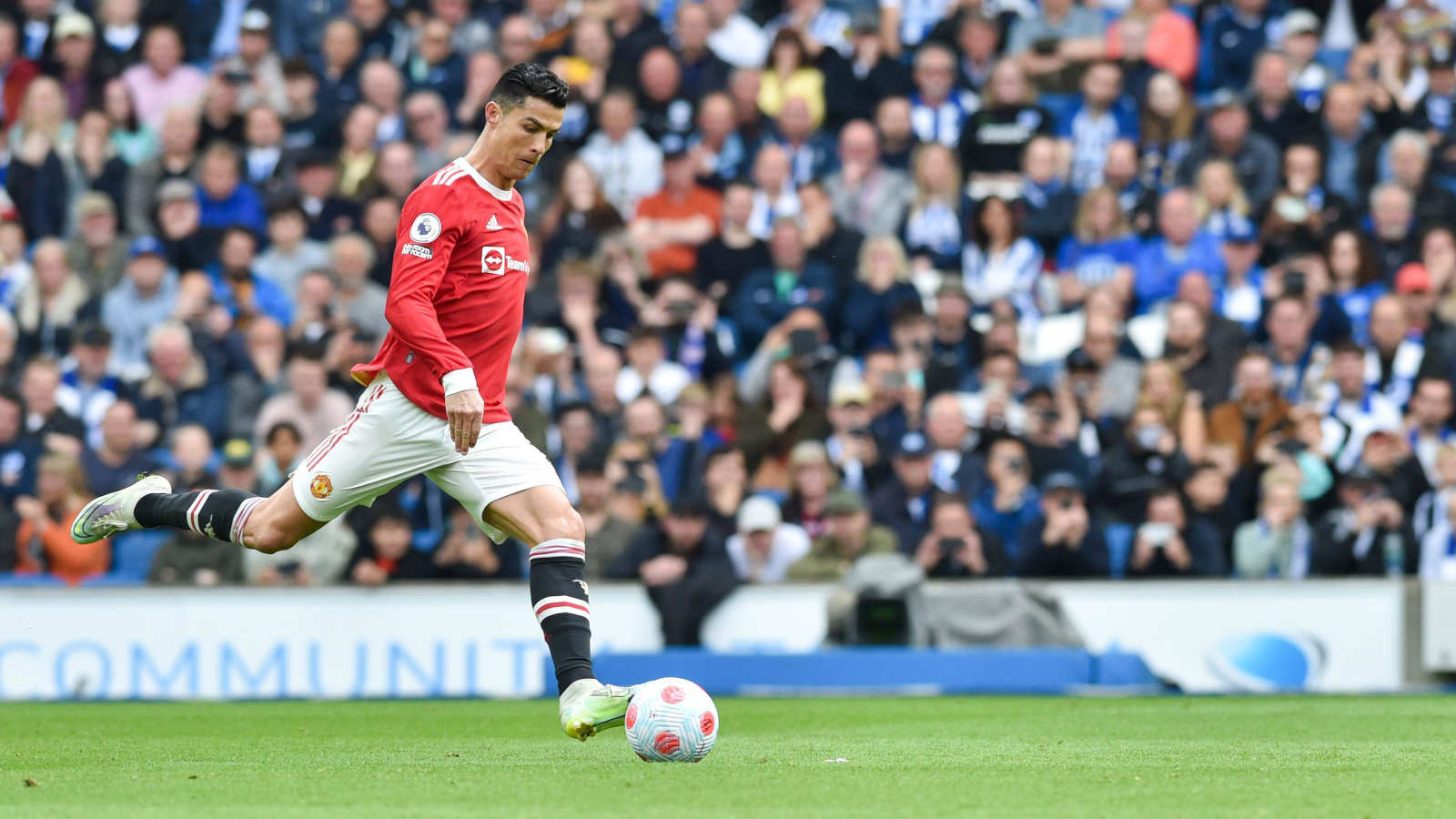 There’s been transfer talk concerning Cristiano Ronaldo, but is this media mischief-making or is the player himself sending a veiled message?

It was probably only a matter of time. Indeed, if there’s one thing that Manchester United’s 2022 has been a little light on, it’s been talk of Cristiano Ronaldo. Sure, he knocked that mobile phone out of that kid’s hand, but cut him some slack here; he finished last season comfortably their top goalscorer with 24 goals in all competitions (of which 18 came in the Premier League) and in third place in the Premier League Golden Boot list below only Son Heung-Min and Mohammed Salah. Considering the way in which United’s season played out – extravagant melodrama layered upon extravagant melodrama at an organisation that more resembles a soap opera than an elite-level sporting institution – that is worthy of comment.

It’s fair to continue to ask questions about how suited he might be to the tactical system than Erik ten Hag will be trying to build at Old Trafford. For the time being, they’ve offloaded a number of malfunctioning parts, but at the time of writing the much-vaunted ‘rebuild’ remains an empty space, roped off and hidden from public view behind a large sign saying, ‘COMING SOON!’. What on earth does Cristiano Ronaldo think when he steps back and surveys the view at Old Trafford? The onward trudging march of Frenkie de Jong’s signature, a transfer which feels as though, if it even does happen (and there’s still justifiable cause to believe that it might not), it will do so with a weary resignation on the part of all concerned rather than any significant joy at a brighter future on the horizon.

It was been suggested that Ronaldo even getting into any sort of conversation with another club should act as a shot across the bows. He had a good season on the pitch, but he’s a commercial goldmine, hitting every button that the club wants to hit in terms of social media engagement and commercial opportunities. Losing Cristiano Ronaldo to another club would strike at the heart of an implied homecoming narrative that’s been running since the surprise announcement of his transfer at the very end of last summer’s window. Indeed, the very fact that it seemed to catch so many by so much surprise last year may also hint at this talk being cautionary, rather than actual. If Chelsea (or whoever) and Cristiano Ronaldo wanted to keep this quiet, they could.

Some have suggested the involvement of Ronaldo’s agent is a sign of something nefarious, and while Jorge Mendes would obviously want (and expect) his cut from any transfer, Ronaldo is sufficiently high up the food chain not to have to worry about Mendes ripping him off. It seems difficult to believe that Ronaldo wouldn’t get the final say on anything of this nature, or indeed the matter ending up in the hands of the press. Ronaldo may or may not be many things, but he has never given the impression of being stupid.

This isn’t a signing that would make any sense whatsoever for Chelsea. It is true to say that Boehly has promised a ‘marquee’ signing, and that his commitment to this seems to be genuine. But he is understood to be working pretty closely with Thomas Tuchel and, with the best will in the world, it’s difficult to see what Ronaldo would bring to the club at this age, and especially considering Tuchel’s pressing style of football. It just all seems rather unnecessary. From a footballing perspective, is it really as simple as to just think, ‘Look, he’s really good at scoring goals – if we can use our better-than-Manchester-United’s players to get the ball to him, he’ll score a lot of goals, and winning goals drastically increases your chances of winning football matches’? Because the idea of replacing Romelu Lukaku with an older and arguably even less mobile replacement doesn’t sound like the sort of progressive gegenpressing football with which Thomas Tuchel’s name has long been associated.

Even if we presume that this is mischief-making rather than sounding out genuine opportunities, it still says something quite profound about this club that Manchester United still can’t quite escape that perpetual feeling of melodrama. Since the end of last season, the sub-plots concerning Paul Pogba, Ralf Rangnick, failing to qualify for the Champions League, the protracted Frenkie de Jong transfer, being involved in a tug of love with Brentford over Christian Eriksen, CEO Richard Arnold being secretly recorded in the pub, and growing talk of further protests once the new season starts have been building to boiling point. In the latest episode, the hated owners paid themselves an £11m dividend, right slap bang the middle of it all. The Eastenders drums rolled again. Stay tuned for the next edition.

For all this turbulence in the media, for all the constant slew of transfer rumours, the eye of the hurricane remains as calm as ever. On June 27, 15 players return to pre-season training following their medicals. It is, of course, inconceivable that Manchester United would go the remainder of the summer without signing any new players (I mean it is, isn’t it?), but the point isn’t the odd name or two. The point is that the arrival of Erik ten Hag, just the same as every other smiling-faced man in a red tie and grey blazer that has turned up at Old Trafford in recent years, will not be enough on its own.

The corporate culture of the club needs to ripped out and completely replaced. Manchester United need to stop thinking that they can keep pushing square pegs into round holes with the brute force of being Manchester United. It can only start from the top, and the owners aren’t going to change. Cristiano Ronaldo couldn’t fix it last season on his own, an Erik ten Hag won’t either while the club continues to carry out its transfer business in a manner which looks for all the world like little more than panic-induced dithering. Manchester United have denied the claims concerning Ronaldo, but whether they deny them or not is almost beyond the point. It remains as true as ever that Manchester United shouldn’t be in this state to begin with.