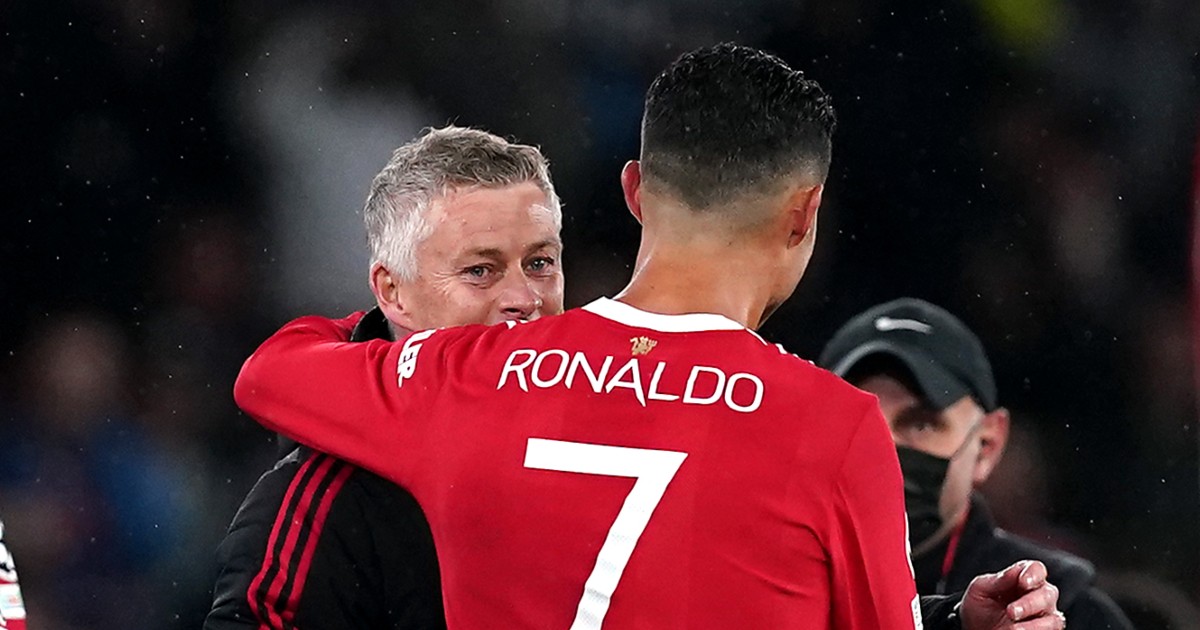 Manchester United flitted between average and dreadful against Villarreal but pressure does something quite special to Ole Gunnar Solskjaer.

There is no greater manager at peering into the abyss just long enough for the fall to seem inevitable, before suddenly jolting back, dusting themselves off and asking what all the commotion was about. Ole Gunnar Solskjaer under no pressure is ordinary. But the second it seems as though Manchester United might be forced to take action and change coaches, he becomes extraordinary.

This is something of a habit. When a draw with Aston Villa in December 2019 left Manchester United 9th in the Premier League table, it was reported that two games in four days would decide Solskjaer’s fate. He beat Tottenham at home and Manchester City away, vanquishing Jose Mourinho and Pep Guardiola in less than a week to cement his position once more. Consecutive 2-0 defeats to Liverpool and Burnley the following month gave fresh ammunition to the critics but a 14-game unbeaten run to end the season and qualify for the Champions League meant the doubters were left firing blanks once more.

Perhaps his most daring rescue mission yet came on Wednesday. Solskjaer left it until the last possible second to deploy his parachute and finally overcome Unai Emery’s obdurate Villarreal. It does nothing to dampen the disappointment of the Europa League final in May but it prolongs Solskjaer’s opportunity to atone for it. Their Champions League campaign is belatedly on the tracks.

His tactics and apparent reluctance to change them poured petrol on Old Trafford and their visitors duly lit the match, yet Solskjaer does deserve credit for arriving on the scene first to put out the flames. Fred crossing from the left-wing and Jesse Lingard creating havoc as a foetal centre-forward in stoppage-time of a crucial European game is an innovation beyond even the most brilliant of minds. Manchester United likely did not practice that match-winning play in training but it worked and Solskjaer had brought both on in a double substitution five minutes earlier.

Like a Heston Blumenthal concoction, the ingredients should never have even vaguely worked and quite frankly it looked a bit shit. The supporters would have enjoyed the taste, mind.

At the same time, Solskjaer resisted what must have been an overwhelming temptation to remove the ineffective, counter-productive Cristiano Ronaldo. The aging Instagram star proceeded to justify the sort of faith that only close to two decades of imperious brilliance can afford you.

His late, sinewy brilliance cannot undo what came before. Manchester United had an opening five minutes the commentators and pundits eulogised over, followed by 50 or so minutes of Arnaut Danjuma hoarding lunch money and donating it to the charity that was the opposition defence. Diogo Dalot played as if he had left the oven on, the back door unlocked and the bath running, then repelled a two-versus-one counter-attack brilliantly, before immediately reverting to drowning in the sea of chaos.

Victor Lindelof struggled. Paco Alcacer had him beat in the air and, at one stage, Raphael Varane conquered on the ground. David de Gea was a necessary fail-safe throughout the first half and for much of the second.

Alberto Moreno came closest for Manchester United because Alberto Moreno, before the prophecy came to pass: a home attack broke down in frustrating and avoidable fashion, Villarreal broke with purpose and players, Danjuma beat Dalot again and Alcacer finally made it count. Solskjaer and his side looked forlorn, bereft, without hope. Then a genuine idea, an actual routine, a preconceived plan emerged as Bruno Fernandes rejected the mass of bodies in the penalty area, floated a delicate free-kick to the edge of the area and watched Alex Telles control a sublime volley into Geronimo Rulli’s bottom corner.

The game descended into a mess of tackle-passes from there, Jadon Sancho, Edinson Cavani and Boulaye Dia trading chances as it seemed as though the perennial point between Manchester United and Villarreal would be shared. It did nothing to serve the former and simply represented par for the latter’s course, an eighth draw in nine games to start the season.

Ronaldo was the perfect player to change that: a dreadful individual performance within a pretty shoddy team display, lost in the haze of Old Trafford noise and limbs, topless preening and the narrative of a club and manager that refuses to quit. The Solskjaer cycle continues.