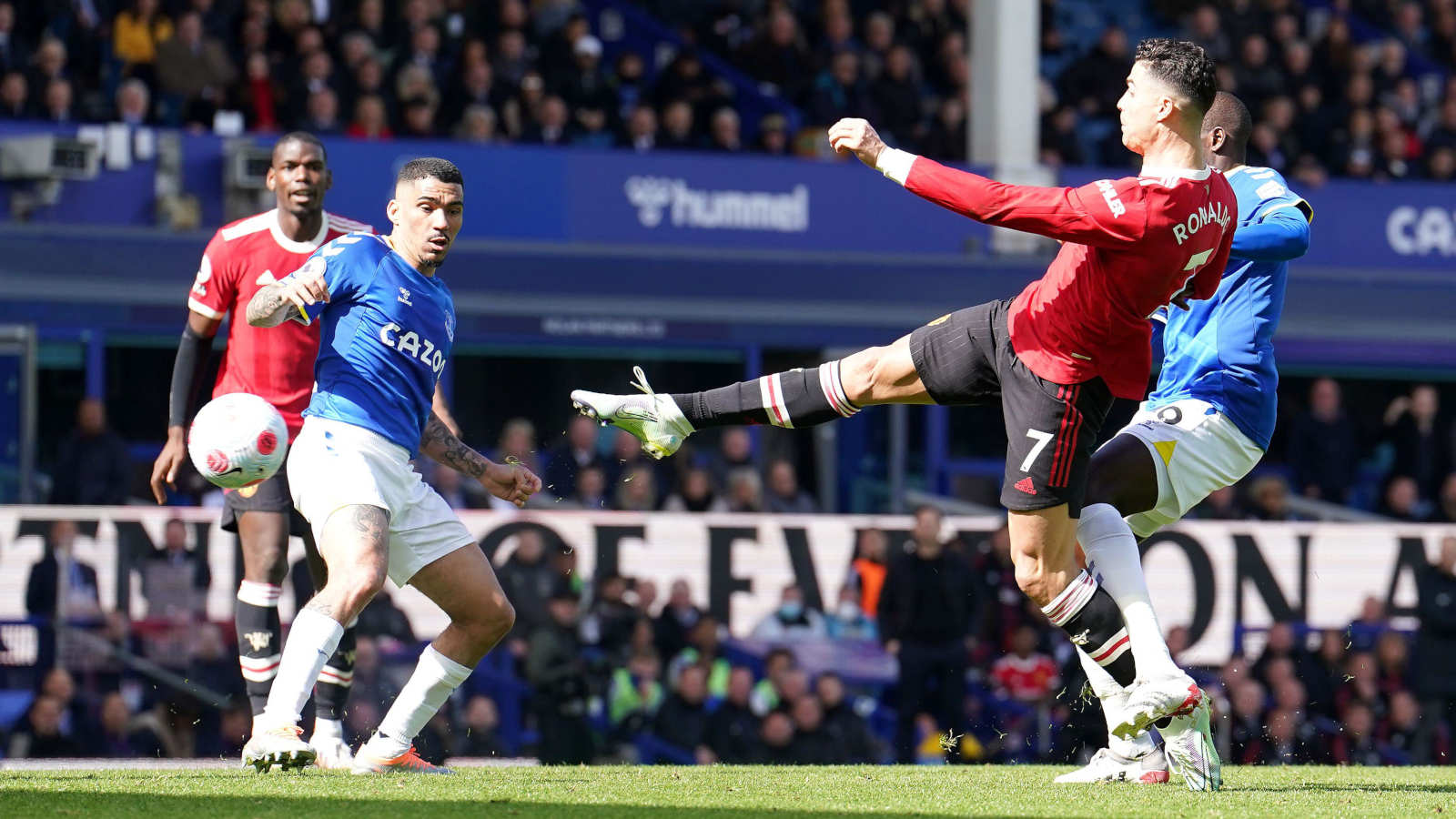 Ronaldo knocking a phone from a child’s hand at Goodison Park provided a visual metaphor for both his and Manchester United’s seasons.

Sometimes, the visual metaphor is just too obvious to ignore. The reaction of Cristiano Ronaldo to being filmed as he left the Goodison Park pitch following Manchester United’s 1-0 loss at Everton painted a picture of frustration and unhappiness with which the club’s supporters have been familiar for a very long time, while also creating another media scramble that encapsulates the extent to which United have become something of a soap opera.

Ronaldo was probably right to be frustrated. United had put in a limp performance against Everton, a team whose relegation had been surprisingly considered confirmed following defeat in their previous match at Burnley. But this point of view seemed to disregard that United themselves have slid back into a funk in recent weeks, at the precise point when they should have been making that final push for a Champions League place.

The match may not have been a particularly edifying spectacle, but Everton had enough about them to take their slice of luck when it presented itself in the form of a huge deflection off Harry Maguire, a player who has made being in the wrong place at the wrong time something of an art form. Everton worked hard to ease their own fears of ending a 68-year run in the top flight with a relegation that they could ill-afford in many respects.

The incident that caused the headlines was tailor-made for a tabloid-feeding frenzy. As he left the pitch, Ronaldo was reported to have knocked the phone from the hand of a 14-year old boy who had been recording him as he headed for the tunnel, causing pain to the inside of his thumb, as well as apparent bruising on his hand and breaking his phone. Ronaldo was quick to issue an apology via Instagram in which he said, ‘I would like to apologise for my outburst and, if possible, I would like to invite this supporter to watch a game at Old Trafford as a sign of fair-play and sportsmanship.’

Leaving aside whether an Everton supporter would want to accept an invitation to Old Trafford, the story snowballed from there, first with the news that the police were investigating a complaint over his behaviour, and then with outspoken criticism from the boy concerned’s mother and the revelation that the boy is autistic and has dyspraxia, so struggles with certain fine motor-skills, such as holding a pen or fastening buttons and zips. Of course, Ronaldo could have had no way of knowing this in the heat of the moment, but it’s clear that this wasn’t a strong look for a player who guards his personal ‘brand’ extremely closely.

It should go without saying that this was a stupid thing for Ronaldo to do, even if that frustration may be understandable. Indeed, considering the amount of time that players spend being analysed under an electron microscope or having phones shoved in their faces, it’s somewhat surprising that this sort of reaction doesn’t happen considerably more often, and at the end of a match, tensions and frustrations will often be running extremely high. This isn’t a mitigation for what happened, but it does at least offer an explanation.

It’s not the first time that a low point has been accompanied by a clanging visual metaphor for Manchester United, either. When they were relegated at the end of the 1973/74 season, their last home game against Manchester City was punctuated by Denis Law backheeling City a goal against the team he’d served with distinction for 11 years, refusing to celebrate it, and being substituted shortly afterwards. It’s a myth that this goal relegated Manchester United – results elsewhere rendered it an irrelevance – but that moment has come to symbolise the decline of the club in the years after their 1968 European Cup win in a way that has stood the test of time for almost half a century.

No-one would suggest that United are in anything like the state that they were on that day, but the petulant, extremely well-paid player with a chequered reputation acting this way at the end of a loss to a team struggling against relegation does offer a glimpse of the all-engulfing unhappiness that has seemed to envelop Old Trafford in recent years.

The signature of Ronaldo at the end of the summer 2021 transfer window was supposed to offer United fans a break in those clouds and use his experience to propel the team back towards more sunlit uplands. Using Instagram to apologise for this incident – and yes, there are historical allegations that many believe he should also apologise for, too – is presumably not the sort of social media interaction that the club would have been hoping for from what now looks increasingly like a failed return.

Seven months on from his return, Old Trafford doesn’t seem to be a happier place for him being there. With a tricky-looking run of fixtures to close their season, United are now sliding from contention from a Champions League place for next season, and at this point qualifying for the Europa League seems far from guaranteed either. Elsewhere, the fan share scheme promised to supporters in the wake of the European Super League protests looks increasingly like little more than fine words, spoken to quieten rising criticism at a time when season ticket renewals were due.

Perhaps the arrival of a new manager in the summer will finally blow some of these cobwebs away, but it has felt for a long time as though the issues that Manchester United face start at the very top of their hierarchy, and that the shuffling of managers and the signing of expensive trinkets like Ronaldo have been little more than a mask for years of water-treading that can only truly be ended by the departure of those who’ve been running the club as a commercial rather than footballing organisation for almost two decades. Ronaldo’s reaction to losing to Everton certainly wasn’t excusable, but it did seem to encapsulate how a lot of people have been feeling about Manchester United for quite a long time.