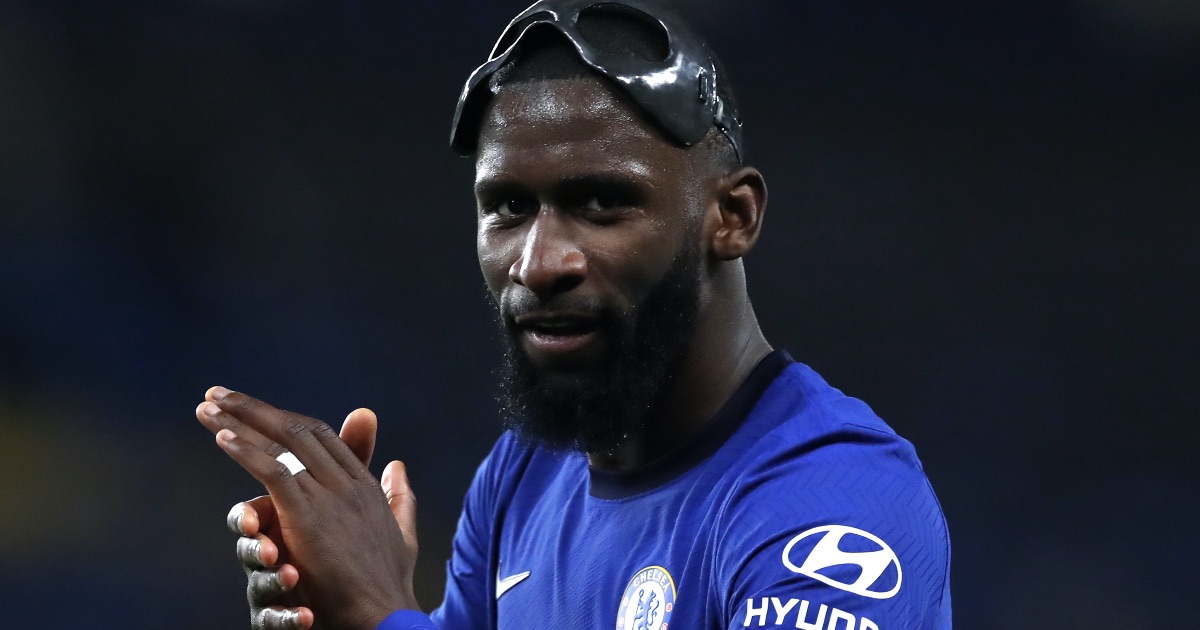 The Chelsea fans saw sublime Mason Mount touches, a Timo Werner body swerve and the dazzling feet of Christian Pulisic on their return to Stamford Bridge. But the greatest roars were reserved for Antonio Rudiger: Chelsea’s ‘agent’ turned provocateur.

“Unfortunately, some people of them don’t know how to celebrate. We had to punish them, 100%. Some people from them gave us a bit more motivation from Saturday. Congratulations to them, they won and everything. Celebrate and everything but don’t disrespect club history. This is a bit bigger than you.”

Rudiger did not take kindly to the video of Daniel Amartey throwing a Chelsea pennant on the floor amid Leicester’s FA Cup celebrations and he was at his aggressive, niggly, irritating best in response on Tuesday: scoring what was affectionately termed a “striker’s goal”, defending imposingly and perfectly affecting his role as chief Chelsea riler.

These aren’t the ‘dark arts’ of Ricardo Carvalho and the blatancy makes his antics all the more enjoyable. He kicks people just enough not to get booked before running back into position. He pushes and pulls in both boxes and responds with the guiltiest looks of innocence when corners have to be delayed or retaken. He looms over players as he carefully adjusts his socks and delivers choice words to those he deems to have gone over too easily, before showing no remorse at his own hypocrisy moments later.

There was a moment when Youri Tielemans tangled with the masqued tormentor, attempting to reason with him over something or other. Rudiger’s several responses weren’t clear, but the extent to which Tielemans’ frustration grew suggests it was something akin to childish parroting: ‘that came off you’, ‘that came off you‘, ‘oh, come on’, ‘oh, come on‘. A tactic certainly within Rudiger’s wheelhouse, in any case.

At the point of bust-up in the dying moments of the game, Rudiger was able to stand back and bask in his handiwork. Not only had Chelsea won to gain the advantage in the race for Champions League qualification, they’d managed to properly irritate the opposition and “punish” the one player they wanted vengeance on most, as Amartey came off the bench for the first time in a month before sitting straight back down with a yellow card to his name. Rudiger could leave his whips and chains pitchside: it was sweet, poetic justice; a show of delicious power over the people’s club. 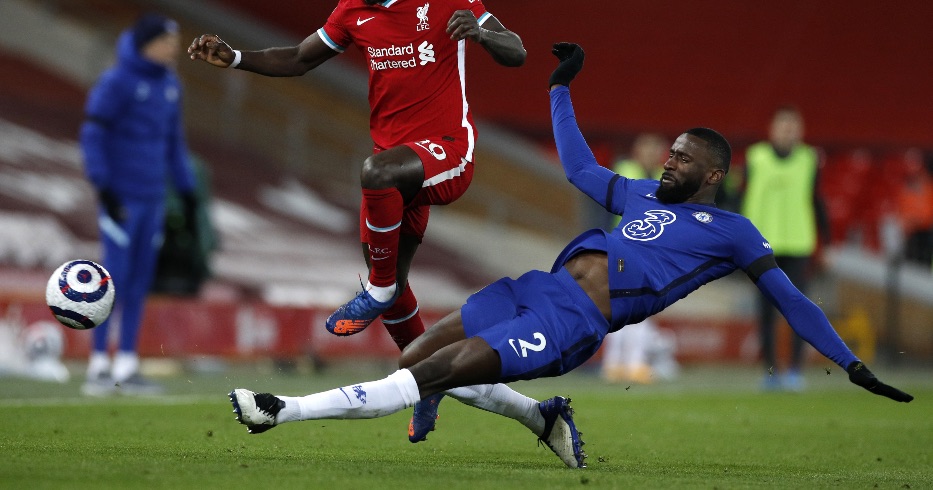 Rudiger is said to have had a hand in persuading Timo Werner and Kai Havertz to join Chelsea in the summer, ahead of a season in which the defender presumably predicted he would play a major part in a title push. But the role he played which landed him his affectionate nickname looked as though it could be his final act at Chelsea, with Frank Lampard pushing ‘Agent Rudiger’ to the periphery. He was on the phone to Jose Mourinho and then Paris Saint-Germain boss Thomas Tuchel within weeks of the start of the season – he wanted out.

Eight months on and Rudiger is the perfect example of how quickly circumstances can change in football, particularly at Chelsea.

Cesar Azpilicueta, Marcos Alonso, Andreas Christensen and Jorginho have all enjoyed an upturn in form to varying degrees under Tuchel, but it’s in Rudiger that the change is most pronounced.

“He has a very positive aggressivity in him. This is what we like. When he can channel all this into top performances, as he does now, we are all very happy to have him.”

Tuchel has managed to keep Rudiger teetering on the edge of the climax of his “aggressivity”, without allowing him to topple over it into ill-discipline. There’s a fine line between Rudiger’s best and worst qualities: aggression and recklessness; decisiveness and whimsy.

And that’s in stark contrast to centre-back partner Thiago Silva. If their playing styles were personified by fans watching from the stands, it would be Rudiger shouting at himself to “shooooot” as he gambols forward from the back, while Silva quitely ponders what the xG of a shot from 30 yards might be.

Both of them are leaders: Silva in a more considered, authoritative way; Rudiger in a bloody hell look how much he wants it way. It takes all sorts and Tuchel deserves huge credit for recognising that and turning this Chelsea side from a team with no leaders, lacking direction, to one with five or six all pulling – in very different ways – towards the same destination.

With Rudiger there are no half measures, from the way he defies gravity with his back straight and legs out in front as he pegs it cartoon-style into the box, to the unnecessary vigour with which he clears balls or slides to make challenges. They would be moments that would previously have had Chelsea fans calling for a review of his hyperactivity medication, but it’s now a cause for delight with the assurance that Tuchel has got ‘Agent Provocateur’ Rudiger’s dosage just right.

So put that little mask on and pull up those long socks, Antonio. Two more dalliances to go.