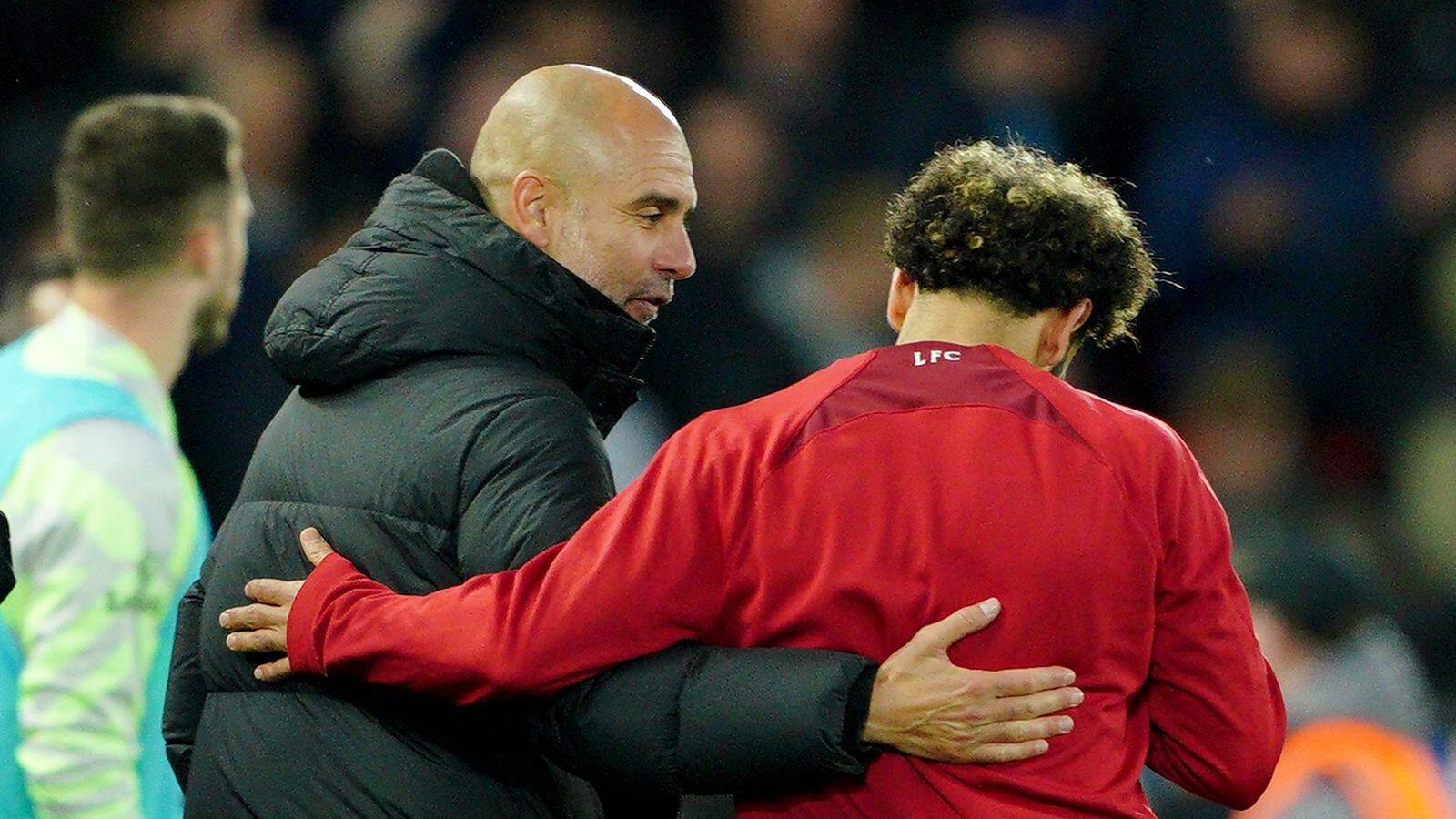 Liverpool and Man City are not direct rivals this season but Anfield brings out something different in both teams, as well as Mo Salah.

“And the blue touch paper is lit,” exclaimed Peter Drury. Twenty minutes later, and with only stoppage-time remaining, the commentator suggested that “boiling point” had been reached.

As ever, that iconic voice summed up the mood. Call it a great advert for the Premier League. Describe it as vintage Barclays. Request that it be hooked into the collective vein of the footballing subconscious. Say something weird about men being at it, blow for blow. This was quintessential. This was quality. This was classic.

It carried a different flavour to recent meetings between Liverpool and Manchester City. Even in victory, the Reds only closed that gap to the champions to 10 points. These teams started the season with typically adjacent objectives and expectations but circumstances change. One man’s title has become another man’s top four. One manager’s blossoming empire was another manager’s crumbling dynasty.

But one ailing heavyweight boxer’s punch can still fell the favourite if things settle neatly enough into place. The masterful Joe Gomez and age-defying James Milner ensured Liverpool kept their guard up, while Mo Salah administered the fatal blow.

The first half was high on technical excellence and energy but low on truly decisive moments. Diogo Jota had one fine header and Erling Haaland was limited to a positively shackled four shots.

But five minutes into the second half, these two time-honoured opponents shifted into more meaningful gears.

Ederson produced a save from Salah so deceptively sensational that the officials gave a goal kick. Phil Foden scored but had his celebrations cut short when VAR uncovered a Haaland foul in the build-up. Pep Guardiola waved his arms around in front of the home crowd while repeating, “This is Anfield” – a basic fact laced with the necessary conspiratorial undertones, which he repeated after the game. Jota then put a presentable header wide.

That entire sequence played out in a haze of a tornado of a tsunami of incidence. The chess match cliche was thrown out in favour of tennis played on a rollercoaster.

And still there was nothing to separate them. As Kevin de Bruyne still managed to emerge with the ball and a free-kick deep in the Liverpool half despite being robbed by the bright Andy Robertson, it started to feel as though the visitors would win this war of beautiful attrition.

The game’s only goal came 14 seconds after that delivery was whipped in; Liverpool turned defence into attack in a glorious instant. Alisson caught the ball and swept it upfield with an inch-perfect kick, Salah turned Joao Cancelo with sumptuous control and skill, then the Egyptian caressed his finish beyond Ederson.

Salah was the tranquillity amid the tension, the bliss during the bedlam, the calm and comfort that pierced the commotion and confusion.

Manchester City had ample opportunity to muster a response but it was telling that Liverpool had three times as many shots as their stupefied opponents in the time after Salah’s goal. Guardiola’s side are almost entirely impervious to ordinary challenges but both their demeanour during and reaction after this match reinforces the idea of a slight mental frailty when they perceive themselves to have been victims of refereeing injustice.

“I had the feeling always in Anfield we have played really well, but in the last two games we were a bit soft,” the Spaniard said before the game; he might well consider this the completion of an unwanted hat-trick.

🗣️ "What we expect from referees is consistency" 😤

Even then, it was Jurgen Klopp who was shown the only red card of the game by Antony Taylor for his less-than-measured response to Bernardo Silva’s unpunished foul on Salah by the touchline. It was a creative but admirable way of escaping what promised to be one of the more aggressive modern post-match manager handshakes.

Klopp will console himself not with a result but a performance which suggests this particular turned corner will not soon become a dead end. His comments before the game about how Liverpool “cannot compete” with Manchester City in the transfer market generated an odd amount of negative feedback for a statement of fact; this was a reminder that they can still hold their own on the pitch.