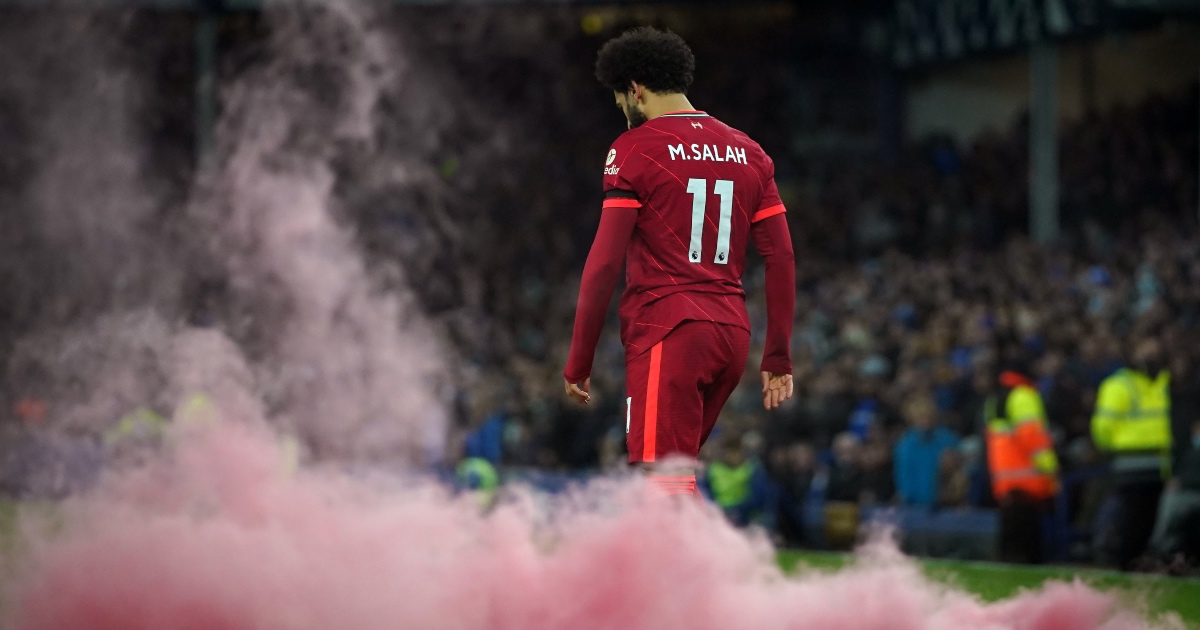 Mohamed Salah may be the best footballer in the world right now, but if anything he was lucky to finish seventh in the Ballon d’Or vote.

“Mo [Salah] definitely should have been further up,” Jurgen Klopp said, showing decorum out of place with the majority of the Ballon d’Or up in arm-ers, those who take to social media to repost the latest bit of Salah wizardy, along with captions – often including multiple laughing emojis – mocking his seventh-placed finish.

Nineteen goals in 19 games this season. Twelve goals and seven assists in his last 12 Premier League matches. The stats used to stake a claim on Salah’s behalf tend to be from this campaign. And he may well be the best footballer in the world right now – although Robert Lewandoski has scored 25 in 20, so possibly not – but he definitely hasn’t been the best player in the world this year. And probably not even the seventh best.

Every striker above Salah in the rankings contributed more goals than the Egyptian in 2021. Kylian Mbappe and Erling Haaland both scored more goals and provided more assists (Mbappe laid on twice as many) and they finished ninth and 11th respectively.

Atalanta striker Duvan Zapata made four fewer goal contributions than Salah, while playing for a side that finished third in their domestic league – just like Liverpool – and got to the final of a domestic competition – unlike Liverpool. He wasn’t in the top 30.

Ruben Dias won the PFA Player of the Year and the Premier League in his debut campaign for Manchester City, got to the final of the Champions League and came 26th.

The folks that are bemused by Salah’s ‘lowly positio” tend to also have their fair share to say about Jorginho finishing third. His mistake against Manchester United was a perfect little present, wrapped up all nice and neat for the naysayers to rip open and shove in the faces of those that understand that footballers who don’t score goals can also be pretty good at football.

Jorginho has been the most-used midfielder for both Chelsea and Italy in 2021. It’s obviously far harder to quantify what he does for Chelsea compared to Salah at Liverpool, but you need only watch Thomas Tuchel’s side without the Italian to appreciate just how good he is. He’s allowed one mistake a season – Salah is forgiven for plenty less punishing ones.

In 2021 he was Tuchel’s most used midfielder at Chelsea and for Italy also the most selected.

These are Jorginho’s stats in the Euros and champions league in 2021- pic.twitter.com/t7TSHo6ZEz

And crucially, Jorginho won the two biggest trophies available; Salah won nothing. Every player above Salah in the Ballon d’Or rankings won something. Simon Kjaer was the only other player in the top 20 not to pick up a trophy last season and his inclusion was at least partly based on his heroics when Christian Eriksen collapsed.

It’s human nature to be influenced by what’s happening right now compared to the start of the year, when Salah scored four goals in 13 Premier League games. And if anything, Salah’s recent excellence has swayed the Ballon d’Or journalists to vote him into a position that doesn’t truly reflect his performances over the whole year. If anything, guys, he finished too high.