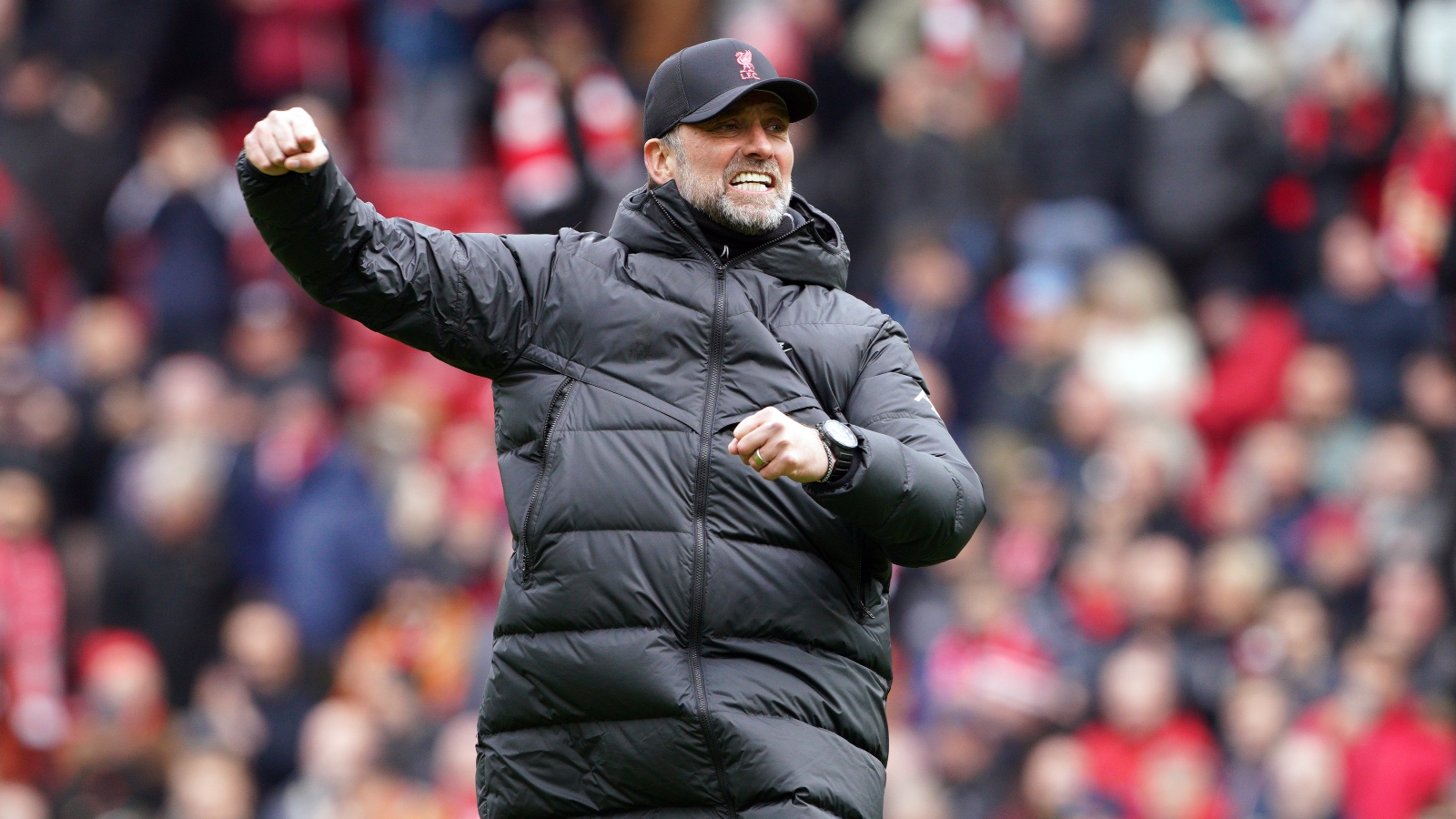 Liverpool won on a day that was ALL ABOUT THE THREE POINTS. But is it?

Before Juraj Kucka’s rugby tackle on Diogo Jota gifted Liverpool a second from the penalty spot in the 87th minute, it was all a bit nervy at Anfield. Having been the hunters for so long, Jurgen Klopp’s side finally had the opportunity to become the hunted. They succeeded, overturning an incredible 14-point gap to Manchester City to now sit one point clear at the top of the Premier League. It’s quite the achievement.

But, and – despite this being an all about the result kind of game – it is a but given the games they’ve got on the horizon, this was far from a vintage Liverpool display.

Kucka missed a golden opportunity 34 seconds before Diogo Jota’s 22nd-minute opener. Watford had been the better team. Joao Pedro, Ismaila Sarr and Cucho Hernandez were living up to their billing as dangermen on the break and, as Darren Fletcher said in a jinx just a couple of seconds before Joe Gomez’s cross for Jota, Roy Hodgson’s side had “contained Liverpool”.

Kucka should have done better, shooting straight at Alisson having been played through on goal by Pedro. Then Liverpool did ‘what the best team’s do’ and punished the relegation-threatened side’s profligacy. To do so quite so quickly after the Hornets wasted such a big chance will have stung, as will the seeming simplicity of the goal they conceded: a pass out wide; a cross; a header.

That said, both Gomez’s Trent Alexander-Arnold impression and Jota’s glancing header were brilliant. Jota’s so good at that – stealing a march on defenders to beat them to the front post area.

But Liverpool created little besides. It was particularly strange as individually, many of them were pretty good: Gomez produced further brilliant crosses from right-back; Thiago had some nice touches and passed through the lines effectively; Firmino’s link-up play was somewhere near its best. The big problem for Liverpool was Mohamed Salah, or rather the man defending him, Hassane Kamara.

Signed from Nice in January for £3.6m, Kamara was superb against the man who’s consistently made Watford defenders look daft. Salah averaged a goal every 57 minutes against Watford before the meeting on Saturday, with many of them top picks for his Liverpool showreel. But while he’s left other Hornets prostrate and mesmorised in games past, Kamara stuck tight, stayed on his feet and got the better of him time and again. Salah, far from laser-sharp, left the field after 70 incredibly ineffectual minutes.

Steve McManaman insisted (three times) – in a he doth protest too much, methinks sort of way – that Salah’s poor display was “no problem at all” as the glum Egyptian left the field. He’s right – Salah’s had a difficult week and he’s allowed one bad game. The question for Liverpool’s remaining opponents this season will be whether Salah can actually be contained through sensible, quality defending. Because although Klopp’s side claimed a big three points in the title race, in terms of the football they played it was a case of stop Salah, stop Liverpool at Anfield – they created nowhere near the wealth of chances we’re used to.

This was probably just an off day for Salah and the Reds, and because they came through it unscathed, will undoubtedly – in that weird win when you’re not playing well cliche – be seen as big boost to their title credentials. But the only boost is the three points; the performance was troubling. It would of course be far better had Liverpool been brilliant and won, but that seems to be weirdly ignored in games when top teams play a bit sh*t.

With two Champions League ties against Benfica, Manchester United and Manchester City in the Premier League, and City again in the FA Cup semi-final as five of their next six games, this is the defining period of Liverpool’s season. This game was all about the result, but then, by definition, all games are.

The point is they will need to be a whole lot better to win any of those games, and will hope what is a one-game blip remains as such for their star striker. Liverpool, despite their abundance of top quality forwards, will need peak Salah to win it all.