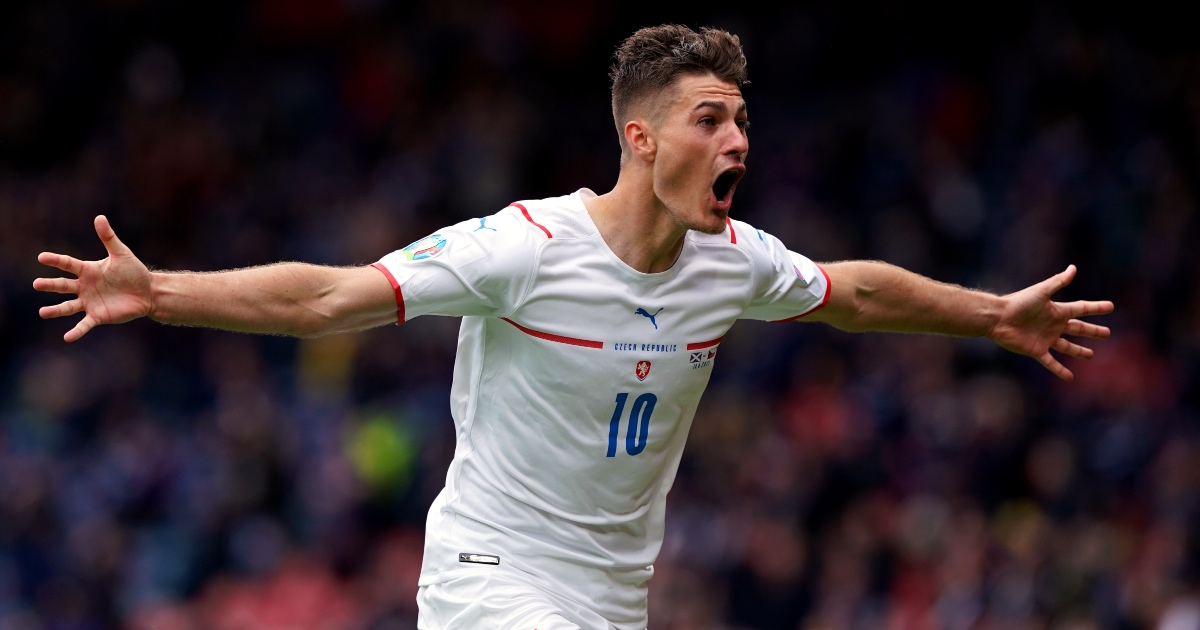 Patrik Schick was sublime and Lyndon Dykes wasn’t. That was the difference.

Crunching tackles (whether the ball was won or not), the stringing together of over two passes, shepherding the ball out of play and simple nodded headers back to the goalkeeper. It was all met with raucous applause from the Hampden Park crowd. And who can blame them? They’ve been waiting a long time for this.

They had bottled that 23 years of support, popped the cork at kick-off and had to pour it all out in 90 minutes, no matter what was happening in front of them. Much of what they witnessed was poor and unfortunately the most cheer-worthy moments came after the remnants of that bottle had gone rather flat.

Raucous applause for a defender’s simple nod back to the goalkeeper. Euro 2020 is basically League Two.

It was a very even game in the middle of the park, with misplaced passes and heavy touches the frustrating theme. The difference in quality of the sides’ front men was the only clear way to set them apart.

Patrik Schick has commanded transfer fees of over £60million in two moves, from Sampdoria to Roma and Roma to Bayer Leverkusen. Lyndon Dykes’ one transfer fee was £1.98million when he moved from Livingstone to QPR last summer. And in reality, the gulf in class was at least that significant.

Schick’s first goal was excellent: a fine leap over Grant Hanley to nod in from Vladimir Coufal’s cross. And if someone scores one better than his second in the next month it will be one of the best in European Championships history – it was an absurd finish.

The ball was just rolling over the halfway line following Jack Hendry’s blocked cross and Schick whipped it with his left foot, over and round the retreating David Marshall and into the back of the net. It’s a bloody long way to kick a ball, let alone place it as he did. It was world class.

He will be annoyed he didn’t score a hat-trick after he spurned his easiest chance towards the end of the game, but he was comfortably the best player on show and almost laughably superior to Dykes, who somehow remained on the pitch until the last ten minutes.

He’s essentially a brute, the QPR striker: a wall to bounce the ball off; a ‘presence’. He won six of his 12 aerial duels, which is something, but with the ball on the floor he looked cumbersome and short of the quality necessary to knit the Scotland play together.

Che Adams has to start the next game; he showed in two touches in a minute having come on at half time why he’s the better option. Not only did he not lose the ball – as Dykes did time and again – but set Scotland on their way forward. He was positive. 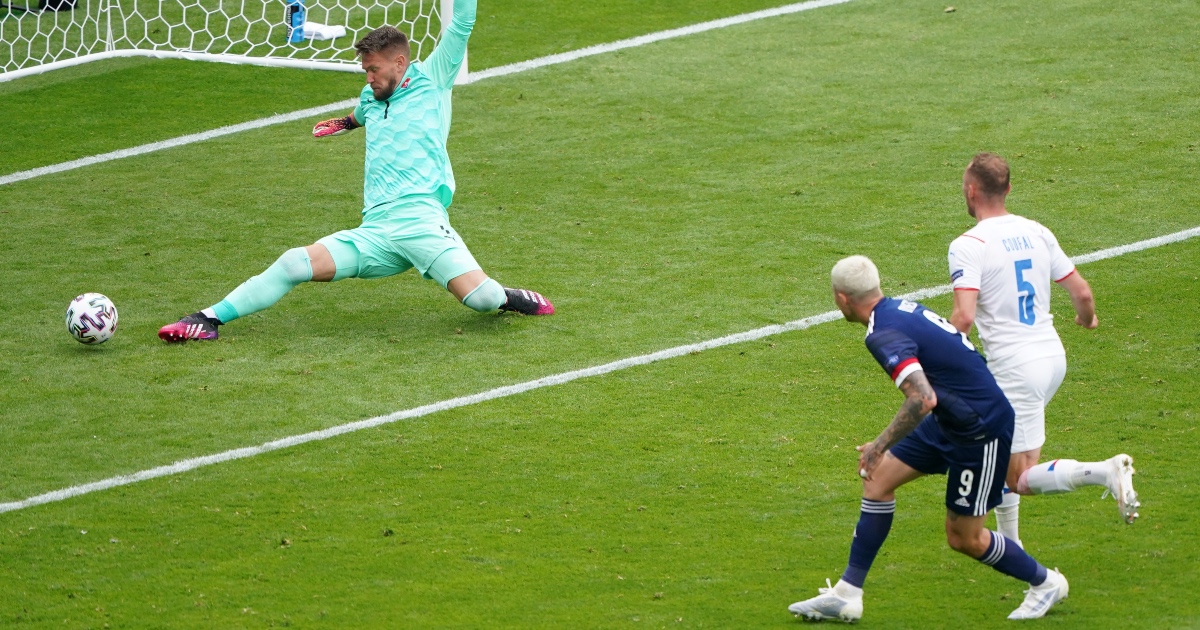 And Dykes missed their best opportunity. Ten yards out the ball fell to him perfectly, but with the majority of the goal to aim at he put the ball straight at the goalkeeper. He had to score and with over 20 minutes to play and Hampden buoyed, Scotland would have fancied their chances of a point if he had.

But he wasn’t solely to blame. Scott McTominay and Stuart Armstrong could and perhaps should have scored too and the Scots finished the game with an xG of 2.31 compared to the Czech Republic’s 0.91.

That will be used by some to suggest Scotland deserved to win, but they absolutely didn’t. It will be a painful one, with many players rightly believing they won their individual battles and the defence by no means playing poorly. But they came up against an outstanding striker, while relying themselves upon a distinctly average one. And goals, ladies and gentlemen, win games.