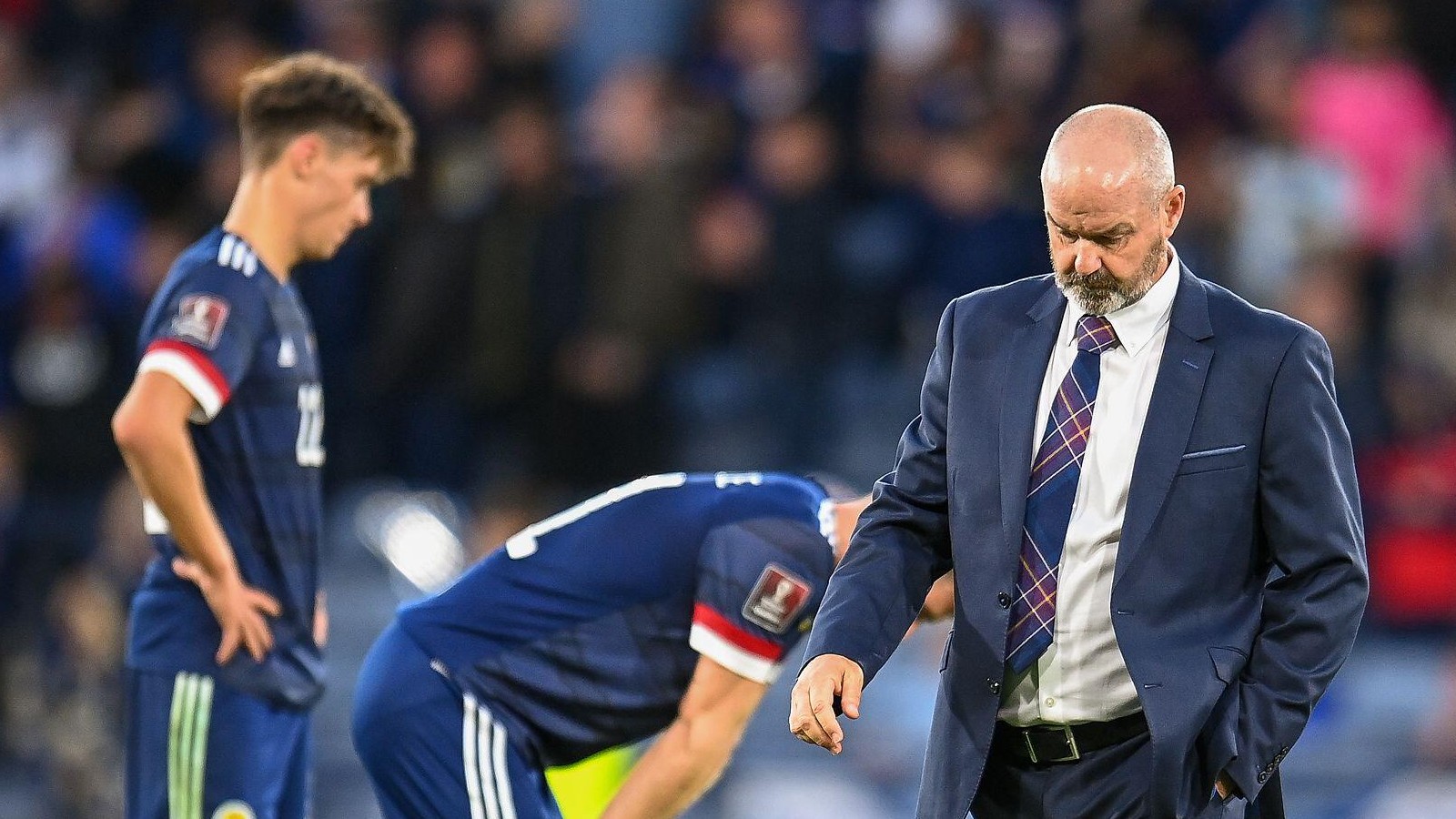 It seems unlikely that Scotland consciously pulled their punches but only Ukraine turned up on an emotionally charged night at Hampden Park.

There was much talk of how fit the Ukrainians might be, how emotional. Would they be distracted by thoughts of war, thoughts of the devastation of their friends and family? If they were, it didn’t hinder them – quite the opposite.

Footballers have a well-earned reputation of being able to wipe everything from their minds as soon as they cross the white line. For 90 minutes, life is about football and only football, but that didn’t really happen at Hampden Park. War was the uninvited, invisible guest.

Ukraine was burning hot to win for their country, to say ‘We are Ukraine and we will not be defeated’. There was a different spirit here to the team that was comprehensively beaten by England last summer and it was Scotland who seemed to find it difficult to get into the game and play to their strengths. They only really threw off the shackles when it was all but over.

It seems unlikely that Scotland consciously pulled their punches, not wanting to beat the oppressed nation. But this was not an ordinary game; it was one full of psychology and mentality, as well as physicality and tactics. Yet what goes on in the subconscious mind can affect performance and I’m sure here it did. Even ‘Flower Of Scotland’ sung with great gusto by the crowd with the line “…and sent him homewards, tae think again” seemed to have a special pertinence for Ukraine.

The extraordinary context to this game was always present. That people would be watching it in Ukraine as war raged outside their door was inescapable. Beating a side that has suffered so much simply must have played on the Scottish minds. You wouldn’t be human if it didn’t. Scotland played poorly in the first half and didn’t pick their game up until the last 10 minutes. This didn’t look like the Scotland that hadn’t lost for eight games.

Given its history and ongoing desire for Independence, Scotland finds empathy for an oppressed country easy. Like many here, of course I wanted Scotland to win, but if Ukraine won, that was fine too. It was a no-lose game in that respect. How can you take against a side playing for a country that is being torn apart by war, its people murdered in the streets and in their own homes? Answer: you can’t. It must’ve been like that for the Scottish players.

Today's Ukraine well-deserved football victory vs Scotland means a lot. It's a morale boost, it's a source of joy in dark times. Soldiers watched it in the trenches, millions of Ukrainians watched it in the bomb shelters while Russian missiles were striking Lviv #SCOUKR

It was one of those games which you could see written in the history books with an asterisk before it was even played. But Ukraine were the better side by some distance and deserved their win. It’s scarcely believable that a war-torn country is even playing a World Cup qualifier. It is proof, perhaps, that football is incredibly resilient and in some ways, its continuation is emblematic of the continuation of civilisation, even in the face of war.

Football is something that can be clung to. A last vestige of ordinariness, of everyday life. During the Second World War, while the league programme was suspended for six years, a Wartime League was set up and a Football League Cup too. You can kill people but you can’t kill football. It is resilient and it persists even in the harshest circumstances.

So well done, Ukraine, and now to Wales and then hopefully the World Cup. Some things are just meant to be.