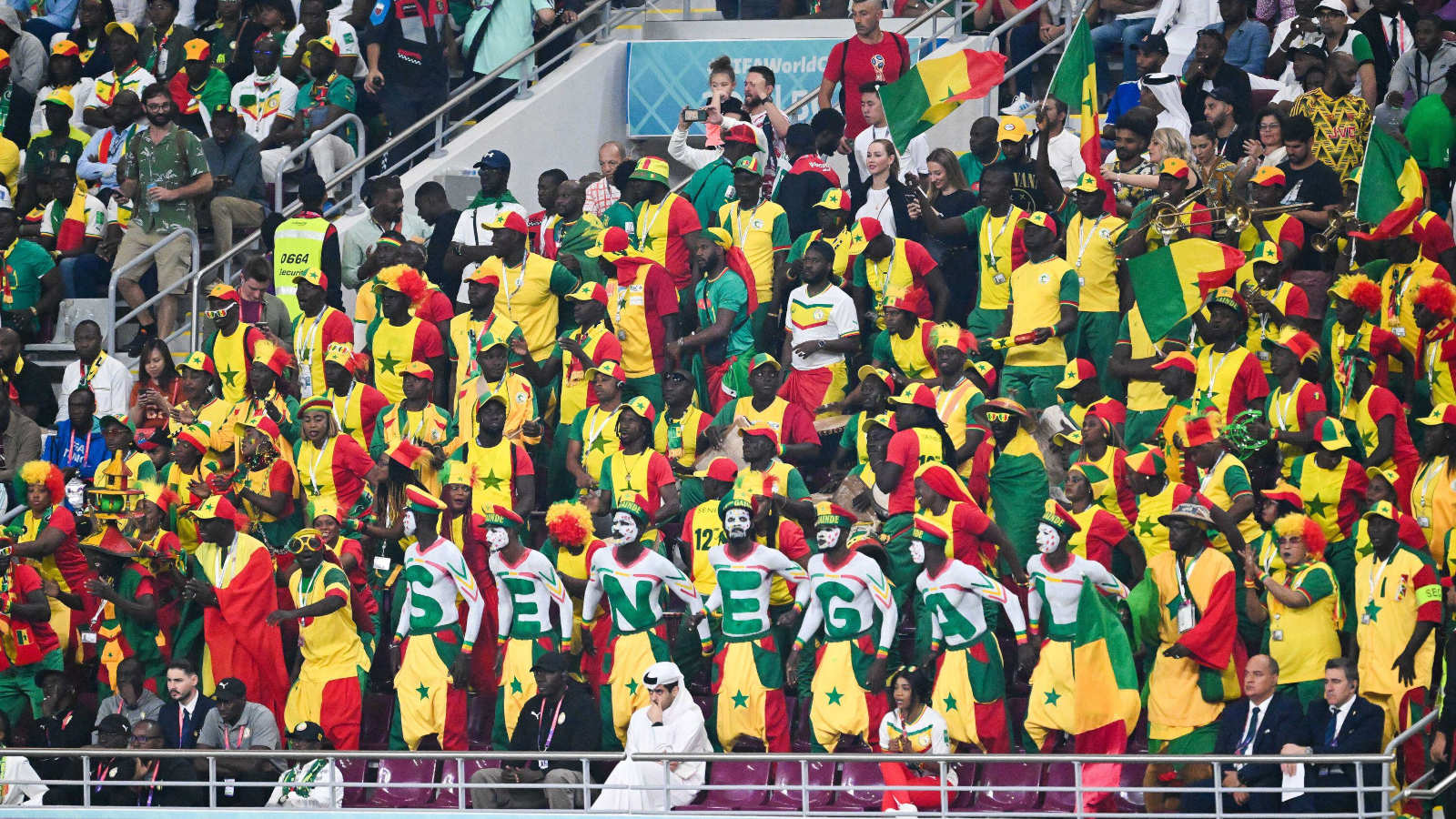 Senegal are through to the knockout stages of the World Cup for only the second time after overcoming a very passive Ecuador team.

Onward then to the final round of group matches, otherwise known as The Round of Permutations – the point at which the World Cup gets complicated for a few days.

It’s a discombobulating stage of the tournament. It feels like there’s less football than there was, even though there isn’t, and the mathematics of it all can start to become overwhelming. They’re still packing in four matches a day at these World Cup finals until the end of this week, but with the final round of matches in each group being played simultaneously there will be no more 10 o’clock in the morning until nine at night marathons.

But allowing for extremely unlikely results not happening, in Group A it all essentially came down to Senegal needing to beat Ecuador. The Netherlands were playing Qatar in the other match – which ITV were showing on their main channel, while this altogether more consequential game was tucked away on ITV4 – but Qatar were already out and the Dutch only needed a point to qualify.

The Netherlands predictably won, inspired by Cody Gakpo and condemning Qatar to the ignominy of being the worst host nation in the history of the tournament.

But there was a lot more riding on this. Ecuador have previously reached the World Cup finals three times, Senegal twice, and both had got through the group stages once previously. But in this particular case Ecuador had the critical one-point advantage. Both teams beat a weak Qatar by two goals, but Ecuador came back to get a 1-1 draw from their game against the Netherlands while Senegal lost 2-0.

Ecuador also had one of the hottest goalscoring properties of the tournament after two matches. At the top of the Golden Boot list after two games were tied Kylian Mbappe and Enner Valencia, the latter having scored all three of Ecuador’s goals in this tournament.

A draw would have been perfectly satisfactory for them, but knowing what they had to lose seemed to inhibit Ecuador in a way that Senegal realising they needed to win seemed to set them free.

It took until shortly before half-time for their reward to reveal itself. Ismaila Sarr didn’t seem to be running anywhere particularly dangerous when Piero Hincapie clattered into the back of his leg, but there was little disputing that it was a penalty. Sarr stepped up to convert himself, sending Senegal in at half-time in second place in the group.

Carelessness has been one of the key motifs of this group, from the Qatar goalkeeper’s Mr Tumble impersonation in the drab opening game to some of the defending at this most critical stage of the tournament. Midway through the second half, Youssoff Sabaly chose an inopportune moment to become a Sleeping Lion of Teranga on the near post at a corner and Moises Caicedo swept the ball in to bring Ecuador level.

But their relief was short-lived. Two minutes later, the ball bounced off the knee of the hapless Hincapie into the path of Kalidou Koulibaly and Senegal’s advantage was restored.

The scent of desperation hung increasingly heavy in the air as the game reached its closing stages, but main goal threat Valencia had picked up a knock and Ecuador looked largely toothless. Idrissa Gueye received a yellow card which meant he would miss the next round.

Ecuador had seldom really looked like scoring over the 20 minutes since Senegal reclaimed the lead, and early in stoppage-time Eduoard Mendy, whose occasionally eccentric performance against the Netherlands had been one of the primary reasons why Senegal needed this win in the first place, came the closest to equalising when punching the ball behind for a corner in a manner which suggested he might not have been entirely sure where the goal was in the first place.

Africa has long been under-represented in the knockout stages of the World Cup finals. No African team has ever reached the semi-finals of a World Cup before, and only three have ever made it to the quarter-finals. Africa has never had more than two representatives in the knockout stages of the same World Cup finals, but with seven more groups yet to be decided it is possible that this record will be broken.

It’s unfair to lump the expectations of ‘Africa’ onto any one international team from that particular continent. It is vast and diverse, the scale of which cannot really be appreciated merely by looking at a map. The countries at its northernmost tips are substantially closer to the North Pole than they are to the southern tip of their own continent. Their teams at these finals deserve their autonomy as nations. They don’t have to do anything ‘for Africa’. It’s perfectly enough to do it ‘for Senegal’, and they’ve also achieved it without Sadio Mane, one of the biggest losses that any nation could have to bear in the build-up to a World Cup.

Among those three African quarter-finalists was Senegal in 2002. Their opening goal of that tournament against France – Senegal’s first ever World Cup game – was probably the most significant single moment in the nation’s football history and its goalscorer, Papa Bouba Diop, died two years to the day before this fixture, at just 42 years of age. Koulibaly was wearing an armband with the number 19 on it, the shirt number Diop wore during that tournament. The winning goal to put Senegal through was just about the perfect salute to his memory. Whether they were doing it for Mane, for Diop, for Senegal, for Africa or for all of them, the result remains the same.