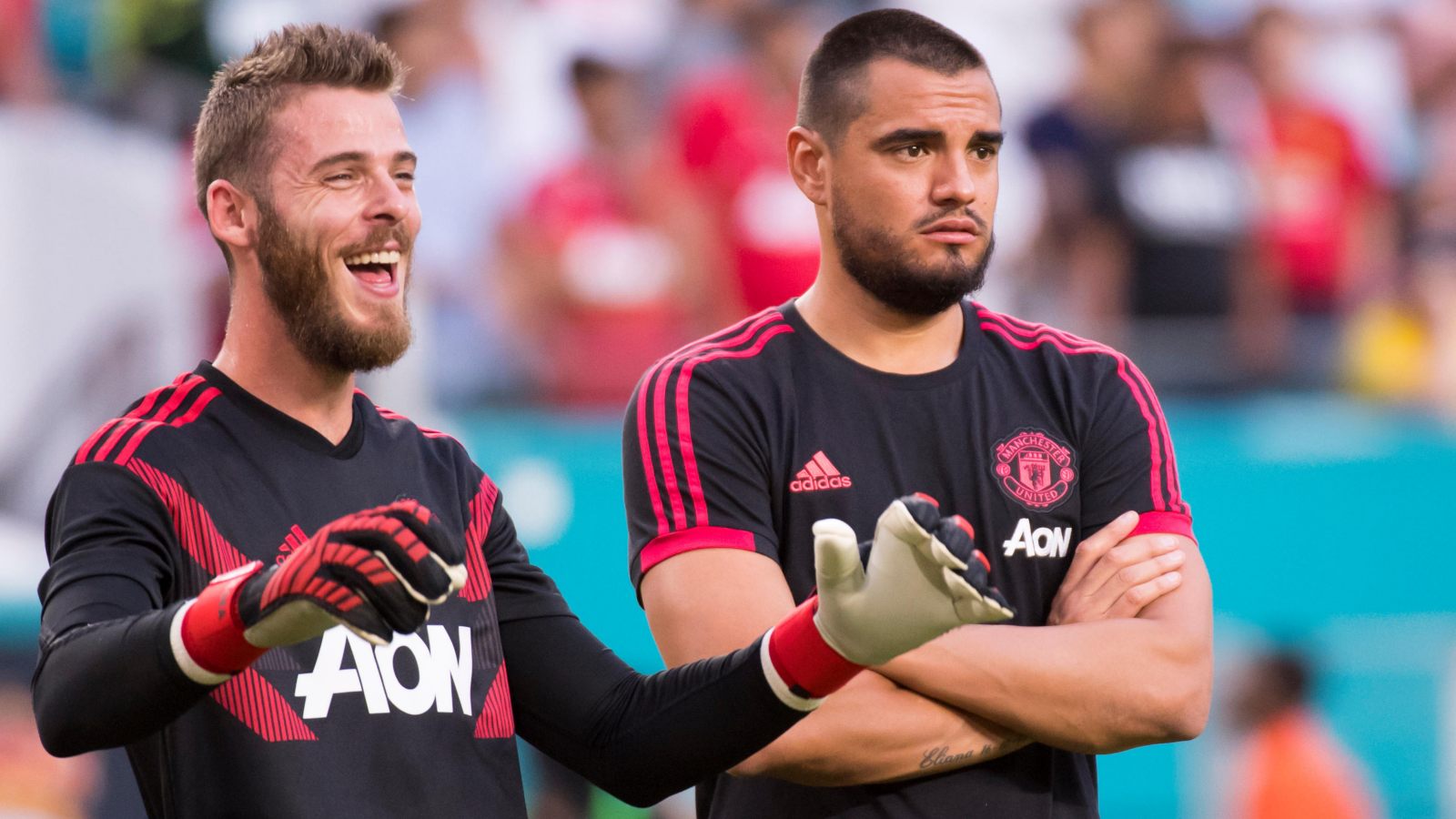 There is absolutely no hint that Manchester United want Sergio Romero back. But the mere suggestion it would be a good idea is utterly bizarre…

A year to the day since Sergio Romero officially cut ties with Manchester United, months after burning his bridges, the goalkeeper is making it known that he’s keen to go back. Which is odd. But not as odd as the number of United supporters eager to welcome him back.

Romero couldn’t wait to get away from Old Trafford last summer upon the expiry of his final contract with the club, which closed a six-year spell with United. The first five years were spent almost entirely on the bench; the last as far away from Manchester as his contract would permit while still pocketing his salary.

During that last season, United did that weird United thing: keep a player who is no use to them while depriving them of the chance of being useful to anyone else. With Dean Henderson’s return, Romero wasn’t even required to volley and fetch during David De Gea’s warm-up. Everton wanted to borrow him in the hope he might spark an improvement from Jordan Pickford, but United said no, much to Mrs Romero’s chagrin.

Presumably, Romero has consulted his wife before giving the Manchester Evening News a nudge and a wink in the hope of returning to his snug seat on the United bench. Regardless, Eliana Guercio need not worry about any potential awkwardness since there seems little prospect of United bringing her husband back.

Why would they? After a season of ill-feeling and inactivity before Romero left, he has spent the time since at Venezia, playing 16 games for the side who finished bottom of Serie A. Romero might say they weren’t bottom when he knacked his knee in March – they were 18th – but nothing about his year in Italy would have made United pine for the 35-year-old.

That doesn’t appear to be the case with some United fans. ‘Bring him back’ was a popular reaction on social media to the news that Romero fancies a reunion, with a common theme in the reasoning being that he never let United down when he had to get his gloves dirty to cover for De Gea. Some reaction was even more extreme…

If Romero comes back and is still around the same standard he was when he left, he displaces De Gea in about a month https://t.co/8cDrIQQQfl

United’s player of the season may take issue with that particular take and, of course, Romero wouldn’t be returning to Old Trafford to challenge David De Gea. With a total of 192 league appearances in his 17-year career, the former Argentina No.1 was rarely ever a first choice at any of his clubs, which never appeared to grate him before, so 35 years of age would be an odd time to suddenly shift his mindset.

Anyway, Romero had six years to mount a challenge for the No.1 spot if he wanted it, but never in that time did he look a genuine threat to De Gea. Those who say Romero never let United down are right; he was a competent back-up. But rarely was he ever properly tested. His seven Premier League opponents in five seasons: Watford, Villa, Southampton, Swansea, Newcastle, Sunderland and pre-Poch Tottenham.

Romero saw more action in the cups. Indeed, he played the final of the last competition United won – the 2016/17 Europa League. That, though, was the only time that De Gea wasn’t ushered back into the net by Louis van Gaal, Jose Mourinho and Ole Gunnar Solskjaer when the Red Devils got to big games in the cup competitions.

Romero’s reputation always seemed to grow more when he wasn’t playing. He’s not the first United player to experience such a phenomenon. Tom Cleverley was the new Zidane when he was on the sidelines. Paul Pogba was a genius until he played. Shinji Kagawa had to be ‘freed’.

Nostalgia is often the biggest driver behind the desire to see players return and recently, nostalgia is all United fans have had to cling to. That, combined with the lack of other signings, perhaps heightens the desire to see someone – anyone – walk through the door at Old Trafford.

Romero could not get through it fast enough in the opposite direction a year ago, and United have since employed another veteran, Tom Heaton, in the role of server/sporadic substitute. Free as he is, Romero won’t be coming back, and it’s odd that anyone would wish he would.