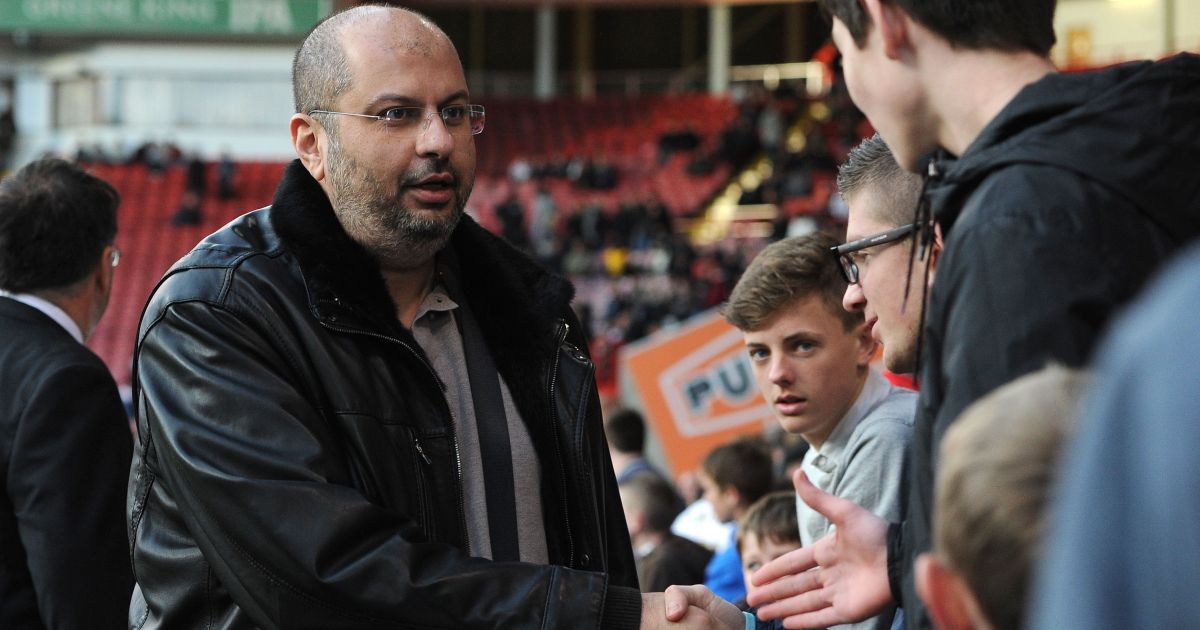 Only Sheffield United owner Prince Abdullah knows what he hoped to achieve but his finger-pointing at Chris Wilder reeks of self-preservation.

The Sheffield United owner offered a half-hour long clinic in arse-covering this week, feeling it necessary to reopen old wounds that had certainly not yet healed, but the scabs at least were forming.

The week and a half since Wilder’s exit was finally confirmed by all parties has been a bruising period, one entirely in keeping with the tone of Sheffield United’s whole season. It has been a wretched year for the Blades, for which there is more than enough blame for everyone to grab a share.

Not that the Prince appears to fancy his portion. The Blades owner, prompted we assume by a bruised ego, used the international break to talk to – or rather, at – Sky Sports while outlining all the reasons why Wilder is no longer in his employment.

The Prince reveals Wilder’s talk of resigning in January; at what amount the now ex-manager opened negotiations over a settlement; his thoughts on United’s recruitment; and his attempt to swerve the blame entirely for the woeful return on his investments.

For Blades supporters, it offered a fascinating insight into the owner’s mindset and perhaps we should be grateful for the Prince’s openness. Even if the half-hour chat reeked of little more than an attempt at self-preservation.

“I have to be very careful to criticise Chris,” said the Prince, having spent around 18 and half minutes doing just that. To what end? United supporters are already sore over the loss of one of their own. He may feel a need to redress the balance, but actions would speak louder than words.

Wilder has almost certainly signed a non-disclosure agreement and he chose – ruefully or not – to respond to the Prince’s list of grievances, most likely to preserve that agreement. It was already clear that Wilder would not discuss many of the details of his departure. To United supporters, the owner’s words are likely to be perceived as a needless cheap shot taken in a misguided attempt not to be painted as the bad guy.

Some of what the Prince said was probably fair. The club’s recruitment has been awful and Wilder’s influence, together with the markets they buy from, required reassessment. The events of January, when Wilder is said to have discussed leaving, perhaps condemned United to relegation midway through the season. But the owner appears reluctant to answer for his errors of judgement.

When it comes to signing new players, Prince Abdullah signs the cheques. If, after 35 years in football as he claims, he felt uncomfortable at any point with the purchase of another striker, he did not have to apply his scribble. But he seems keen to portray himself as the obliging owner who could not say no to a legendary manager.

The void between manager and owner was clearly a problem, and the Prince referred to his belief that Wilder had to become “more flexible”. But if not Wilder, who else could be making these recruitment decisions?

Knill is Wilder’s guy, an assistant with a solid grasp of his own strengths and weaknesses. Knill knows he makes a better assistant than a manager and he thrives in the day-to-day grind on the training ground. Offering him the job of buffer between manager and owner, when he so clearly prefers being between manager and players, suggests the position was created as little more than a token gesture, especially when the Prince was so emphatic in his interview that “there will be no director of football next season or the season after”.

Prince Abdullah has already played at being the director of football when he vetoed Wilder’s wishes in January. He admits disagreeing with the manager over which areas required most urgent strengthening, with Sander Berge’s injury leading Wilder to switch focus to defensive midfielders.

“I thought we had enough of those players. In my opinion, our problem was that we cannot create enough chances. When it changed to defensive midfielders, plus the fact Chris had resigned and we were not sure if he would stay or not, I decided it would not be wise to do any January transfer business.”

There was another option available to the Prince in January. Sack Wilder. If the owner felt the manager had destabilised the club enough to avoid doing the January business that was so desperately required if they hadn’t already given up on staying up, then he could have acted decisively, rather than allowing the rot to spread.

That or addressing much earlier the power vacuum between himself and Wilder would have been the action of an owner more decisive in his instincts, the primary one now being self-preservation.