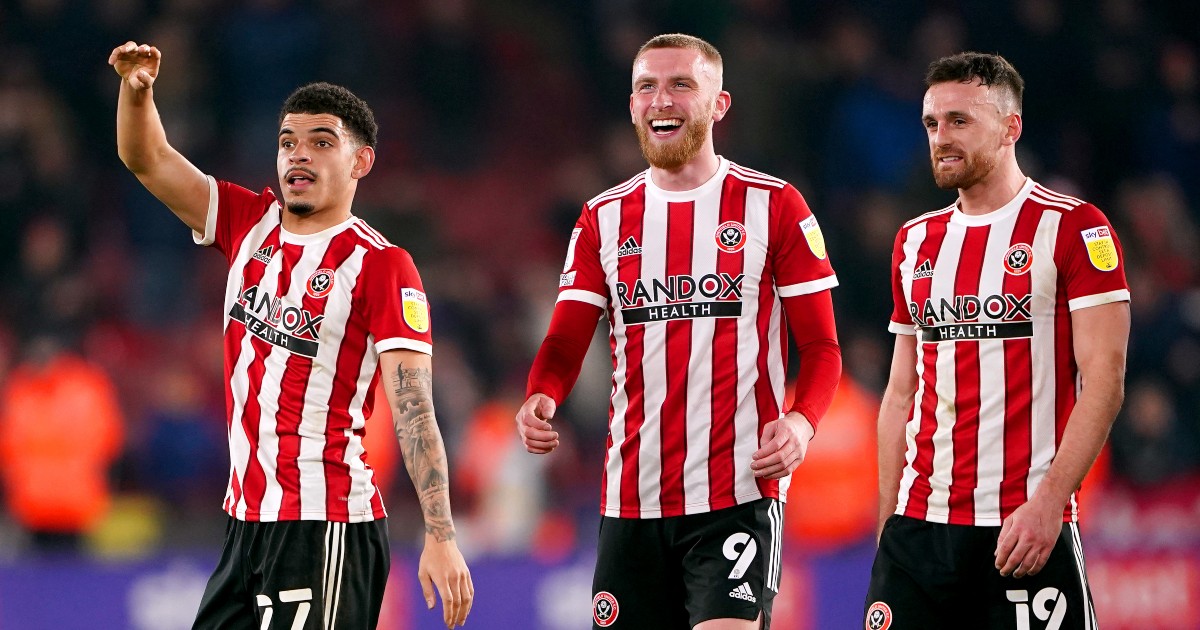 The appointment of Paul Heckingbottom was mocked but Sheffield United must be wondering what might have been had they kept him in the summer.

There could hardly have been a starker contrast in fanfare between Chris Wilder and Paul Heckingbottom’s respective appointments as Sheffield United manager. If the optimism that greeted the former’s announcement at Bramall Lane was well-founded, the ridicule that greeted the latter’s is looking more foolish by the week.

The Blades’ 4-1 victory over their former hero Wilder’s Middlesbrough side in midweek took Sheffield United into the play-off spots and still in slight contention for automatic promotion. Anything less than the top six would now feel like a disappointing campaign. Given the apathetic spell Slavisa Jokanovic had in charge at the start of this season – although it feels like a lifetime ago – the job Heckingbottom has done since November has been nothing short of incredible.

An immediate impact lifted the Blades out of the mire and almost instantly ceased any talk of back-to-back relegations. In 2022, only Championship leaders Fulham and fellow play-off chasers Luton Town have picked up more points than Sheffield United, while the Cottagers are the only team to have outscored the previously goal-shy Blades. Defensively, only Huddersfield and Nottingham Forest measure up better.

“The defence is a massive part. It’s a team effort, sometimes the defenders dig you out, sometimes you dig them out.

It’s a defensive effort and one we’re proud of.” pic.twitter.com/nDsvA2wINi

In fact, any way you look, Sheffield United have improved immeasurably. A club that was on a seemingly perennial slide down the divisions has had that movement stalled and now reversed almost completely. That it has come despite the same reservations over a lack of investment in this playing squad since the 2019 promotion to the Premier League makes it all the more miraculous.

Heckingbottom has not gone about reinventing the wheel. Previous managerial experiences prove he is not capable of such. Instead, Sheffield United have reverted to their basics, thriving in the 3-5-2 formation that Wilder popularised in his mostly successful stint in South Yorkshire.

Rather than playing with two strikers up top, playmakers Morgan Gibbs-White and Iliman Ndiaye have been given license to roam between the midfield pack and top-scoring captain Billy Sharp. With a range of forwards at the club having struggled to hit stride for the Blades, Wolves loanee midfielder Gibbs-White is nearing double figures for both goals and assists and looks a sure bet to be plying his trade somewhere in the Premier League next season.

Otherwise, there is still a touch of the Wilders to this side. John Egan, Oliver Norwood, John Fleck, Sharp and Sander Berge were all important members of Wilder’s Premier League side, and all but the lattermost Norwegian were mainstays in the promotion-winning team.

Wilder made no secret after the reverse to his former employers and boyhood club that much of the setup which is succeeding was brought in under his charge. Heckingbottom and Jack Lester were appointed during Wilder’s time at the helm and are now masterminding a successful campaign without their former mentor. Any potential Sheffield United success could even come at the expense of Wilder and his new club.

Fulham have top spot all but sewn up, while second place is still looking likely to be occupied by Bournemouth; Huddersfield are their closest challengers. Sheffield United are, along with Luton, the form side in that chasing pack. With the business end of the season fast approaching, keeping that momentum will prove crucial.

Sheffield United’s resurgence has not been due to a new manager bounce. If anything, even the most optimistic of Sheffield United fans and neutral pundits didn’t believe it would be much more than an appointment to steady the ship after Jokanovic’s near-disastrous five months in charge. Instead, Heckingbottom took over a club mired in 16th and has guided them up the standings. Only once have they finished a gameweek lower than where they started it since he assumed full control.

This is, of course, in stark contrast to this time last year, when the former Leeds United, Barnsley and Hibernian boss had temporary stewardship. In hindsight, the club will wonder what could have been had they stuck with Heckingbottom in the summer rather than twisted. There are no guarantees, but had Heckingbottom had the desired effect all season long as he has since November, the Blades would be just as likely for promotion as anyone else.

They may not have the swagger of Fulham, the shock factor of Luton nor the expensive playing squad that Bournemouth possess, but Sheffield United have momentum and winning experience on their side. Nobody expected Heckingbottom to be a roaring success; many predicted him and the club to outright fall flat on their faces in the wake of his second coming. On Tuesday night, he and his team outsmarted, outthought and outfought Wilder and Middlesbrough. In appointing Heckingbottom as number one in mid-season, Sheffield United might just have done the same to all of their Championship foes