Is it fair to split Mourinho's career in two? Old and new; good and bad. Or are Man Utd the anomaly? 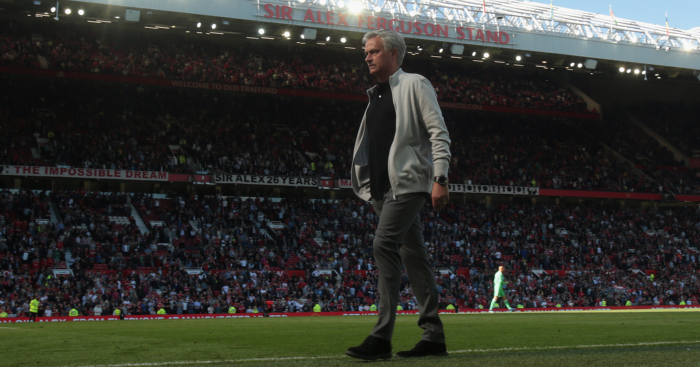 Amid a mini Tottenham resurgence, after a month of discontent for Manchester United both on and off the field, should we be reconsidering the two ‘faces’ of Jose Mourinho?

The narrative has – for some time now – been that Mourinho’s career is split: old and new; special then grumpy; innovative then unoriginal. His ‘demise’ is said to have started at the end of his second Chelsea spell and continued henceforth. But with his burgeoning success at Spurs, combined with Ole Gunnar Solskjaer’s struggles in his old post, does it stand to reason that his career be divided in such a linear manner? Or should his time with Manchester United instead be seen as the anomaly?

The finger of blame in football is pointed in one of three directions. A lack of success is either the fault of the players, the manager or – in a far too general sense – ‘the club’. For the seven-and-a-bit seasons since Sir Alex Ferguson retired, United have been searching for Aunt Sallys from one of those three subsets to explain their holistic failures. David Moyes, Romelu Lukaku, Louis van Gaal, Ed Woodward, Paul Pogba, centre-backs: all scapegoated along the way.

There is often no satisfyingly worthy culprit to condemn. Now, for example, United’s failure to kick on from a brilliant end to last season isn’t solely down to Solskjaer, Woodward, or the players, but their combined negligence, gaffes and missteps. The fault is split – perhaps unevenly – between all of them, as they continue their feckless search for the much-lauded, now lesser-spotted ‘United DNA’.

Mourinho was expelled as a genetic mismatch from Old Trafford. He parked the bus, hit long balls to Lukaku, didn’t “attack, attack, attack”. He was angry, petulant, insubordinate. This was a man far removed from the charasmatic, enterprising soul that arrived on English shores in 2004. He was billed as washed-up and change-averse: an old hack.

He was rebuked to such a degree that Tottenham (Tottenham!) were mocked for hiring him: a manager with 25 major trophies to his name.

But there are hints of a turning tide. Gary Neville – who previously claimed Mourinho was “playing games” when he said finishing second with United in 2018 ranked as “his best achievements” – now admits to seeing the “repetitive cycle” that saw the end of the Portuguese boss and Van Gaal before him.

United’s problems are endemic; continually strengthened by the endless harping on about the good old days.

So, if the problem is and was a United genetic disorder, then what of Jose Mourinho? Do Spurs in fact have The Special One as their manager?

The signs are pretty good.

The Tottenham job was a very difficult one to walk into. The fans and players had just seen arguably their most-loved manager leave the club, their biggest transfer window spend had resulted in a significant downturn in results and Daniel Levy had now turned to a man they once hated.

But despite those obstacles and a myriad of high-profile injuries, Tottenham’s form once Mourinho arrived – as he was very keen to point out – would have seen them finish in the top four.

The return of Gareth Bale, two new full-backs and the addition of a proper c*** in midfield further add to feelings of optimism and point to a clear plan and pattern of play that Mourinho had before struggled to instigate.

The Pochettino love-in has dwindled and there is an inkling that the players’ allegiances and affections are now genuinely Mourinho’s, rather in a they have to be, he’s the manager sense.

He is building the camaraderie required for the us against them mantra that served him so well at Porto, Chelsea (twice), Inter Milan and Real Madrid. All but Manchester United.

Tottenham may end up being out of the race for the top four by Christmas, while Solskjaer leads United on a run to challenge for the title. That could happen.

But the longer Spurs fluorish and United flounder, the greater the case for a change to the Mourinho taxonomy. It’s not good and bad, old or new, but United and United-less.