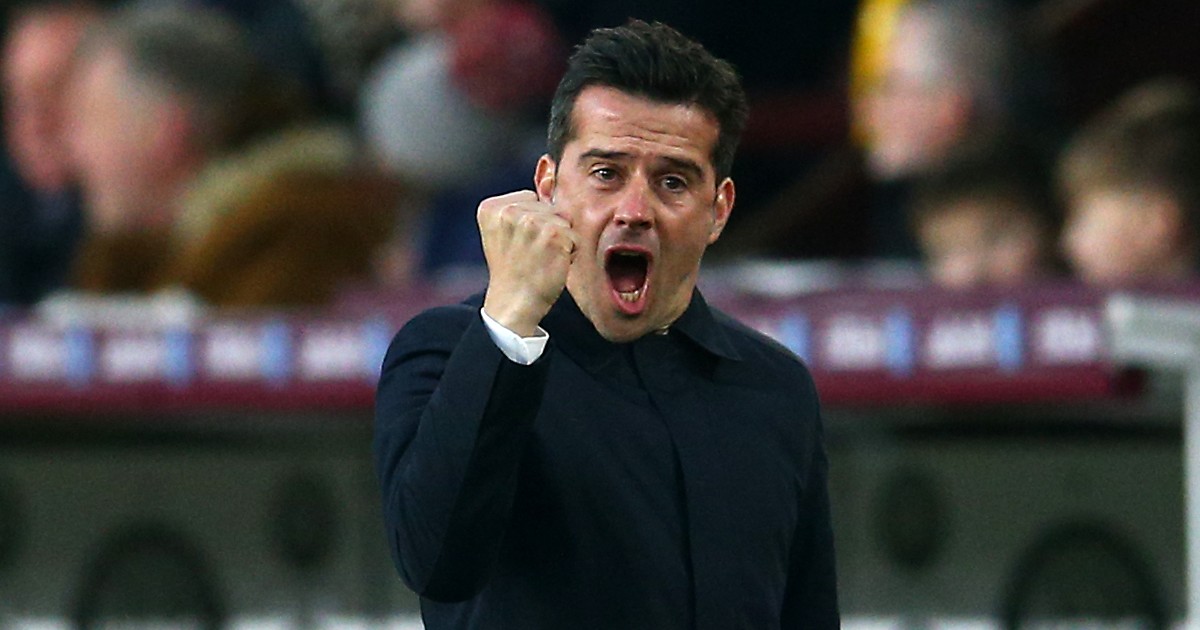 The Marco Silva appointment at Fulham has a very high ceiling of potential but also a crushingly low floor in terms of how wrong it can go.

When Marco Silva left his last managerial job in 2019, few would have expected the Portuguese to return to English football following his tempestuous rise and fall. But the Fulham hot seat could provide the perfect opportunity for his redemption.

Replacing the Bournemouth-headed Scott Parker at the Craven Cottage helm sees Silva take on his first second-tier job in a decade. The only other time he has managed below the top flight was in his debut coaching campaign with home country outfit Estoril. Emulating his time in Portugal would be most welcomed by the 43-year-old and his new employers.

So far, Silva’s combined career has something of a palindromic look: early playing stints rarely making it past the 30-appearance mark before playing over 100 times for Estoril, with whom he went almost immediately into management. That first coaching job was also the only time thus far he’s made it into triple figures for games managed at one club. His subsequent stints range from 18 and 24 league games with Hull City and Watford respectively to the 60 largely endured with and by Everton.

The Cottagers will be hopeful that Silva makes himself more at home in the black and white corner of West London – and the three-year contract offered to him most likely represents optimism rather than expectation – but should he fulfil even two-thirds of that deal, he will have gone a long way to righting the wrongs of his recent managerial career.

Of course, there are no guarantees that Fulham, or indeed the Championship, will offer the reserved figure a seat back at the top table of English football. In reverse, managers who succeed in the lower leagues are gradually given chances higher up the pyramid, suggesting that the top-flight jobs are harder and vice versa, the lower down you go, the easier it should be.

Nobody here is under that illusion. The challenges change as you go down the divisions, but they do not get easier. Silva’s top-flight pedigree across Europe proves how good he can be when undistracted by casting glances or working under a threaded relationship with owners. That does little to prove how he will compete in the Championship.

There are of course reasons why predecessor Parker was so keen to make a sideways step to Fulham’s likely promotion rivals, a fractious relationship with chairman and owner Shahid Khan chief amongst them, and Silva is unlikely to hang around for as long as Parker did should similar apparent meddling in team decisions and signings occur this time around.

It is difficult to imagine Silva committing to this role without promises to guard against Khan’s previous interruptions in the football side of operations, but Silva, too, must fulfil his side of the bargain. This is after all, his fourth managerial job in England, yet Fulham’s opening weekend clash will be just his 109th league match in the country.

Given his penchant for leaving clubs when the going gets tough or the green grass from afar looks so much more appealing, it is hard to see anyone of this quality offering Silva a fifth bite at the cherry should the Portuguese not live up to his side of the bargain.

And of course, the expectation will be that Fulham make another immediate return to the Premier League. Having compiled such a talented squad – albeit just a little too late and with a manager not of the requisite level – the cream of that team will likely rise back to the top away from Craven Cottage, but there should be enough dregs from that relegated side left over to mount a serious promotion challenge before adding in the summer additions to be made now the manager is in place.

A decade ago, Silva took an Estoril side seven years out of the Portuguese top flight back to the Primeira Liga at his first time of asking. The relative challenge facing Silva now is simple. Promotion from the Championship has not been the dilemma. Parker achieved it in 2019/20 and Silva has capabilities of which the new Bournemouth manager can only dream.

Fulham must also realise their potential of yesteryear. Months before Silva hung up his boots and donned the touchline in his trademark black suit and white shirt, Fulham were an established and exciting Premier League side competing in the Europa League final.

Silva comes with European experience, having defeated Arsenal in the Champions League during an overwhelmingly successful and record-breaking domestic spell with Greek titans Olympiakos, but it is in the modest and intense Championship climes where reputations counts for little when Silva’s career will be decided.

Fail at Fulham and his chances in England are all but done; a quite staggering turnaround from his first 12 months on these shores. From semi-xenophobic taunting to belittling those who bemoaned his lack of experience with a series of positive results which gave Hull City a far more fighting chance of staying up in the Premier League than looked likely at almost any other point in the 2016/17 season, Silva seemed destined for the top.

In many ways, he was the new Mauricio Pochettino. A more modest playing career than the Argentinian, granted, but decent jobs in Europe paved the way to an English club taking a positive chance and soon realising their new man was destined for greater things.

Perhaps equally as reserved and certainly dourer, scorn was poured on Silva after a great start at Watford following his resignation upon relegation on Humberside, when no sooner than embarking on an exciting new challenge at Vicarage Road, he gave the Hertfordshire club a taste of their own medicine. Admiring glances from Everton were reciprocated before eventually departing for Goodison Park, his stock high and expectations even higher.

A season and a half of largely underwhelming football and results led to a demise that was a long time in the making, and have taken the best part of 18 months from which to recover.

Unlike most in similar positions, Silva has sought neither a quick paycheck in a rich league overseas nor jumped back in at an inopportune moment. Now he is back almost from out of nowhere in unfamiliar territory in the Championship, and yet still a great Fulham fit from the outside looking in.

Fulham, meanwhile, know that yo-yo football is not sustainable in the long-term. Norwich City are the exception rather than the rule, knowing their own limitations and almost always coming back stronger having not overplayed their cards in the top flight and remaining sustainable and realistic on their returns to the EFL.

Once again the Cottagers are on parachute payments, a welcome income with the losses that Covid has brought, but they run out quickly without the right plan moving forward. Parker never looked anything more than a short-term stop gap: a once popular but quickly discerning figure on the touchline incapable of giving the Fulham faithful either the football or the results they craved.

Silva has proven himself capable of both in the past, but comes with his reputation tarnished by that underwhelming spell at Everton which once promised so much.

Capable of playing exhilarating football when it suits and upsetting the big boys, Fulham and Silva want the same things from each other. If both avoid silly mistakes of the past, it could be a match made in heaven. Conversely, if either party messes this up, it could prove impossible to come back once more. Only Fulham and Silva can decide which way this relationship now goes.