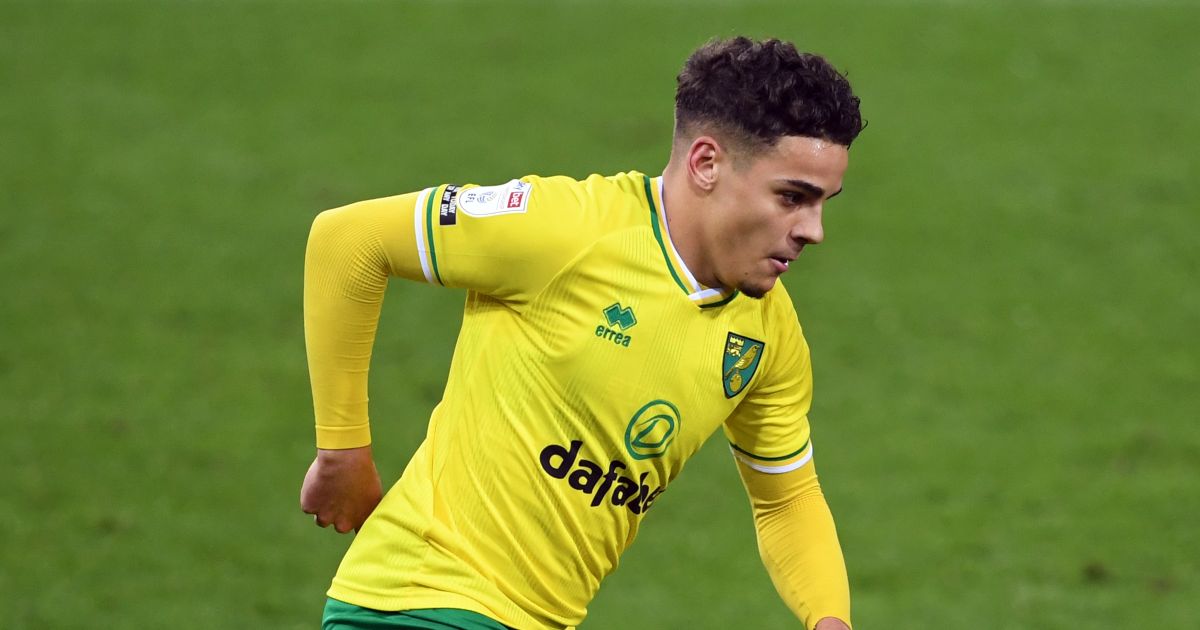 Championship leaders Norwich have a couple of players primed for a first England opportunitiy. One Chelsea loanee is made for the chance.

With the majority of the current England squad having plied their trade in the EFL at some point in their careers, be that during fleeting loan spells with Leyton Orient and Millwall or starring in recent promotions to the Premier League with Leeds United, it has become a common occurrence that at least three quarters of the Three Lions squad is filled with Football League alumni. With that, it is only natural to believe that there are a plethora of future internationals currently playing outside the top flight. Let’s take a look.

6. Rico Henry – Brentford
The first player on the future plane but not the last from Brentford to feature on this list is Bees left back Henry. At 23 years old, Henry is only one and two years younger than England’s current options Ben Chilwell and Luke Shaw respectively, but his ceiling could be so much higher.

Without a doubt one of the best left-sided players in the second tier, Henry had a great partnership with Said Benrahma down that flank at Griffin Park, and has taken on attacking duties this season too due to the relative downgrade of Sergi Canos.

Such all-round capabilities make Henry suitable for the left wing-back role Gareth Southgate currently favours in a 3-4-3 formation and regardless of whether Brentford manage to mess up promotion once more this season, former Walsall teenager Henry will be playing in the top flight next season without doubt. Once he’s acclimatised to that level of football, the international call will inevitably come around.

5. Ben Wilmot – Watford
From a left-back to somebody more established in the heart of defence, Watford centre-back Wilmot has found himself out of favour under new manager Xisco Munoz, but that should be rectified in the coming months when there is another changing of the guard at Vicarage Road.

A breakout teenage star at Stevenage, Wilmot is yet to really establish himself at any club but the future looks bright for this young leader who is warming the Under-21 bench under former Watford manager Aidy Boothroyd in the younger setup.

Currently kept out of the Hornets side by more experienced defenders, Wilmot has been touted as a future star since winning League Two Apprentice of the Year in 2018. With his ability on the ball in a holding-midfield role from his fourth-tier days and his commanding presence in the centre of defence, we can at least hope he will soon be a better option as the versatile hardman over Eric Dier in the coming years.

4. Marc Guehi – Swansea City
One of two men on this list currently on loan from a top level English club and also the first of two to be one of the standouts in the disappointingly managed England Under-21 side, Guehi has taken to senior football like a duck, or rather a Swan to water.

Born in the Ivory Coast, Guehi spent his teenage years between the Chelsea academy and the England youth sides from the under-16s all the way to the current setup, and it seems a matter of when, not if, he moves all the way to the senior Three Lions squad.

Having spent the second half of the curtailed 2019/20 season on loan in South Wales, Guehi has become a stalwart on the right side of Swansea’s superbly solid back three this campaign. An Under-17 World Cup winner in 2017, Guehi should be hoping for promotion to the Premier League with his temporary employers this season, if only for top-flight opportunities in familiar surroundings, before making the transition to Chelsea’s backline upon Thomas Tuchel’s no doubt eventual demise.

Regular playing time at Stamford Bridge would bring senior England honours and most pleasing of all, being relinquished from Aidy Boothroyd’s grasp.

3. Max Aarons – Norwich City
The timing of this list is crucial, for right-back Aarons is the first of two Norwich City players in the top three. And were it not for the plethora of options England already possess in his specialist area, the 21-year-old would likely feature even higher.

A long-established member of this exciting and improved Norwich side, Aarons is set to add a second promotion on his CV, yet the under-21s’ first-choice full-back has his sights set much higher. With Manchester United and Bayern Munich both believed to have registered a serious interest in the youngster, it is only a matter of time until he is being touted for the senior squad.

Whether or not his immediate future lies with Norwich, it is hard to see this being anything other than Aarons’ last season outside elite football. Something of an old fashioned full-back, Aarons is capable of sitting in when his team attacks down the left flank and could be a natural replacement for Kyle Walker as that auxiliary full-back playing as a ball-playing centre-half in a back three.

2. Josh Dasilva – Brentford
The second and final Brentford player to feature – yes, you heard right – is another less obvious example than the 25-year-old hotshot scorer Ivan Toney, but one whose pathway to the England squad is littered with far fewer obstacles.

Left-footed, comfortable in possession, a superb footballing brain at such a young age and constantly running the show in the middle of the park for his Brentford side, this former Arsenal youth academy star is one solid Premier League campaign away from being the best left-footed midfielder in England’s very own arsenal.

Used to playing in a midfield three, most often as the number 8, the all-rounder between the defensive shield and the attacking part of the trident, Dasilva is one of the most consistent performers in the entire division. Like with Henry, one way or another, this man will be playing in the top flight next season, and with any luck in the England senior squad sooner rather than later.

1. Oliver Skipp – Norwich City
Taking top spot in this podium is another midfielder who offers something that England already have in so many departments: production through a top level academy in the guise of Tottenham Hotspur, a commanding presence on the pitch and a superb shield of the back line. In fact, you name the qualities of this man and the chances are England have it in good supply already.

But that is what makes this young ever-present star so bright for the future. He is simply too good at what he does to be ignored. Among the obvious promotion icons – Teemu Pukki and Emiliano Buendia – comes the secret star, the evergreen youngster in the middle of the park, Oliver Skipp.

So good in fact has Skipp’s loan spell in Norfolk been, that he is already been lined up for the Tottenham first-team squad next season. And if Harry Winks and Eric Dier can still count themselves in the England running, then expect Skipp to be on the plane to Qatar quicker than you can say ‘breach of human rights’.