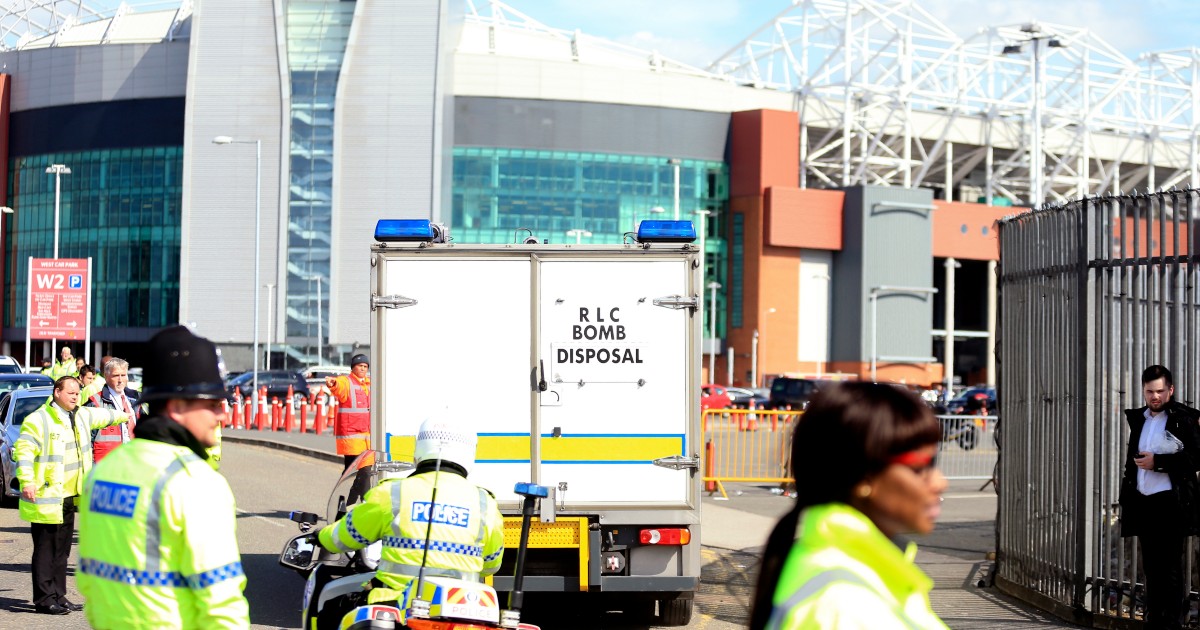 Manchester United have had their request granted and their game against Brentford cannot go ahead. At least there were no fake bombs involved.

COVID-19
The novelty had long worn off by the time Tottenham v Brighton and Brentford v Manchester United were swept away by the latest wave over the past few days. COVID-19 has already forced the longest break in the English football fixture schedule since The Big Freeze of 1963, with a ‘fear’ developing that another mid-season pause might be necessary to control the current spread.

It is difficult to quantify the number of games lost to a global pandemic when that number is still rising. Back when the first COVID postponement happened in early 2020, it was unthinkable that a previously rigid, inflexible and omnipotent Premier League might allow itself to be completely derailed by anything. Even when the virus necessitated the first postponement of a Premier League game on March 11 of last year, Arsenal’s visit to Manchester City was only called off as a “precautionary measure”. That same day, Liverpool hosted Atletico Madrid in a match that has subsequently been linked with 37 COVID-related deaths. The sport has thankfully learned from such critical, deadly mistakes and will hopefully never gamble with lives again for the sake of 90 relatively meaningless minutes.

The weather
Before the outbreak, the most common reason for match rearrangement and fixture congestion in the Premier League was bad weather. Even in these most uncertain times, the sight of a be-shirted Sean Dyche beaming in the pristine Turf Moor snow has provided a sort of winter comfort.

It is increasingly rare for adverse weather conditions alone to scupper a Premier League game. Modern stadiums are required to fit certain criteria that protects them against succumbing to waterlogged or frozen pitches, but there are no guarantees. Seven top-flight matches were called off over one weekend in January 2010, with Liverpool declaring that while the surface was fit to play on, the safety of the supporters in and around the ground could not be assured due to heavy snow. Later that same year, Blackpool had to postpone three consecutive home games as Bloomfield Road did not have undersoil heating.

Newcastle and Charlton raged when their meeting was abandoned 25 minutes before kick-off in December 2005 because of concern over fan welfare. As referee Mike Dean said: “My jurisdiction is the green bit, and that was playable, but when the safety says there’s a problem outside, I can’t say there isn’t.”

He definitely has a ‘My jurisdiction is the green bit’ tattoo somewhere.

Fan protest
It is still absolutely mad that the single biggest game in the Premier League calendar was deemed unplayable not through natural causes, but because of an entirely manmade problem. Manchester United were scheduled to host Liverpool at Old Trafford on May 2 in a match that had far-reaching consequences for the latter’s Champions League qualification hopes, as well as the former’s pride. But the impeccably timed leak of both clubs’ involvement in breakaway European Super League plans allowed frustration to fester to a dangerous degree.

Those plans had collapsed and all six English clubs involved issued grovelling apologies almost a fortnight prior, but it was the straw that broke the camel’s back when it came to the Glazer’s ownership of Manchester United. On April 22, a group of fans gained access to the club’s training ground and even received an audience with manager Ole Gunnar Solskjaer. Some held a banner that read ‘We decide when you play’. It was a warning no-one took particularly seriously, the folly of which would be thoroughly exposed on matchday when protestors gathered outside the stadium at 1pm, gained access to the ground and pitch at 2.30pm and forced the abandonment of the game just before 6pm.

There were fears of a repeat for the rescheduled game 11 days later, but a heightened police presence and a less concerted and organised movement ensured there was no such disruption. Then Cristiano Ronaldo joined and some people seemed to forget why they were quite so angry in the first place.

London riots
A mutiny of a different kind impacted the start of the Premier League season a decade ago. When London riots broke out on August 6, 2011 in relation to the police shooting of Mark Duggan, the prospect of them lasting for five whole days was inconceivable. What was initially a peaceful march in Tottenham Hale transformed into evenings of looting, arson and violence, the residual effect of which meant Spurs could not safely host Everton on August 13.

It was the only Premier League game postponed due to the locality of the riots, with Fulham, QPR, Crystal Palace, Millwall and Watford all able to play their home matches that weekend. Spurs eventually welcomed Everton to White Hart Lane in January 2012, winning 2-0 to stay third, level on points with Manchester United and three behind Manchester City, as one of the great forgotten title challengers.

Bomb scare
It sounds like a lazy plot point used by a flagging sitcom in its 15th season, the Premier League’s very own shark-jumping moment: a game between Manchester United and Bournemouth was abandoned in May 2016 after an “incredibly lifelike explosive device” was found in the Old Trafford toilets, only for it to be discovered that it was a fake bomb accidentally left behind by a security company as part of a training exercise.

To be fair, the matter was dealt with swiftly, decisively and safely. Fans were evacuated shortly before kick-off, “operation code red” was announced and army bomb disposal experts carried out a controlled explosion. It rather undermined the potential drama of the season’s final day, with Manchester United beating Bournemouth two days after Manchester City effectively confirmed victory on goal difference in their battle for fourth by drawing with Swansea.

The Boro flu
Times change but imagine the Premier League not only refusing to postpone a match because of a virus outbreak, but actively punishing the team that tries to do so, thus ultimately condemning them to relegation. That fate befell Middlesbrough upon one of the worst selection crises in top-flight history. Claiming that 23 members of their 30-man squad were unavailable for a crucial game against Blackburn in December 1996 due to a flu epidemic, injuries and suspensions, Boro cancelled the match with 24 hours’ notice in the belief that the Premier League would show understanding and empathy.

They did not. A £50,000 fine and three-point deduction was soon handed down to Boro, who finished two points from safety and would have survived had they sent Bryan Robson himself out in his suit and shorts with a few mates.