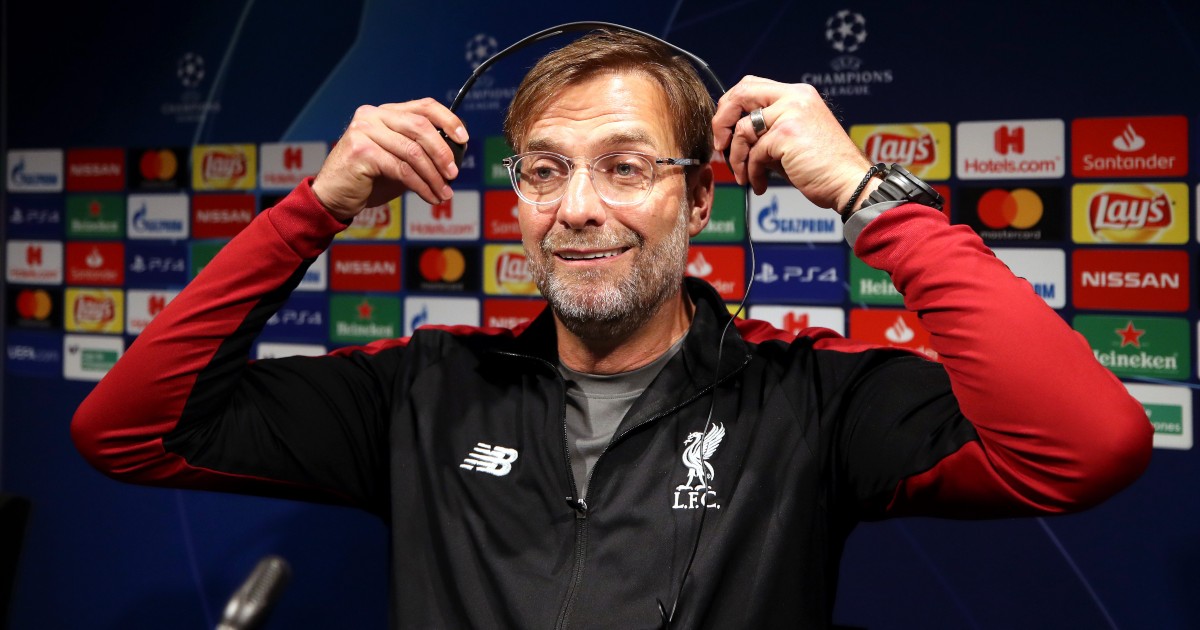 Jurgen Klopp was criticised for his comments on the African Cup of Nations but he wasn’t the first manager to have his words misinterpreted.

Words are important, eh? When Jurgen Klopp referred to the African Cup of Nations as a “little tournament”, a journalist kicked off, claiming that this was an insult to players, fans and even the people of Africa. Klopp replied that it was an ironic statement and that it should be understood in the right way.

It’s not the first time a manager has pushed back on the media for alleged manipulation of language.

1) Ole tells Marcus to prioritise football
Ole’s steering wheel has been permanently locked now but he certainly crashed into Marcus Rashford a week after the striker was awarded an MBE in October. No doubt troubled by the 4-2 tonking by Leicester – a game in which Rashford scored – Solskjaer said: “You know what he has done off the pitch as well, because he has done some fantastic things, and now to prioritise, maybe prioritise his football and focus on football because he’s got a challenge on his hands here at Manchester United.”

Camp Rashford allegedly baulked at the suggestion that his children in need duties were taking focus away from his main job. Feeling the whispering wrath in the air, Ole felt the need to clarify.

The Norwegian did so with a sideswipe: “You [journalists] know what was said and you made headlines out of one little comment that I never intended to be the focus.” Should have made it clearer, Ole. A bit like your instructions on what to do with the ball.

2) Mourinho wants an apology for Conte
Antonio Conte had an unlikely ally in Jose Mourinho after he insulted the Portuguese in their ongoing war of attrition in January 2018.

During a standard presser before an FA Cup tie with Derby, Mourinho was asked if he still had the burning desire to compete at this level. He replied: “Because I don’t behave as a clown on the touchline it means that I lost my passion?” The response was generally thought to be aimed at Jurgen Klopp and Conte – whose manic celebrations “humiliated” Mourinho on his return to Stamford Bridge when United lost 4-0 in 2016.

Conte was asked about the quote at his pre-match duties the following day and suggested Mourinho had “demenza senile”.

When these comments were presented to Mourinho, the Special One turned the grenade on its head and pulled the pin on the reporting: “I think the press should apologise to me and to him because the question that comes to him is completely wrong and because of that he had that out of control reaction.”

3) Ralph says the media misunderstood his very clear thoughts
Ralph Hasenhuttl thought he had made his feelings clear about the sending-off of James Ward-Prowse that proved so costly during the 3-1 defeat to Chelsea at Stamford Bridge in October. The midfielder was initially booked for a tackle on Jorginho in the last 15 minutes with the score at 1-1 but the card was upgraded on advice from assistant referee Mike Dean. The Hassenhutl post-match thoughts may have had a touch of sarcasm: “You know that when Mike Dean is the VAR, he will send him to have a look at it (the monitor), and then it was okay from me, I think. He gave it.”

However, the Austrian then did a bit of “who me?” whataboutery when he had had time to think about the charge that followed from the Football Association. “Maybe they misunderstood me, or the media misunderstood me. We will talk about that. What can I say? In general, I am a manager that is very respectful to the referees all the time.” Nice try to be as clean as the Alpine air but it didn’t hold water.

Hassenhutl was eventually fined £20,000 after admitting a charge of improper conduct.

The German was irked by pre-match articles that picked a combined XI from the two sides without any personnel from their historical rivals. United were going into the game just two points off the relegation zone and Klopp claimed that this created a backs-to-the-wall mentality that would only help the home side.

“I saw the combined team. Would I have found it insulting if it had been us? Yes. All these articles look like they have been written by Man United supporters. A banana skin, a joke.”

He was almost right. United were only denied victory by a late Adam Lallana equaliser as the home side worked their socks off against a lacklustre Liverpool.

5) Pep only attends press conferences because it’s in the contract
When it was announced in February of 2016 that he would be joining Manchester City that summer, Pep Guardiola could barely contain himself when questioned if he could concentrate on the last rites at Bayern while preparing for a new job.

Showing visible body language disgust, Guardiola stated he was only attending the preliminary Q and A ahead of the Bayer Leverkusen game because he had to. That was a good starter for ten. The respect for those with the microphones then went boom, as Klopp might say.

“Us managers get no respect whatsoever in the world,” Guardiola blasted. “Why don’t you write about the many nice things I say about the players? There are media outlets here in Germany that haven’t asked me a single question about football since I got here.” A Champions League win to distract from the annual Munich domestic trophy festival could have got that conversation going.

6) Fergie calls time on truth twisters
Fergie held sway over members of the press like a Scottish warlord, once refusing to speak to the BBC for seven years after they investigated his son’s dealings as an agent.

He turned the Carrington training ground into a “James Bond villain fortress” and regularly banned newspapers and journalists who reported rumours, half-truths or facts – like Wayne Rooney wanting to leave. In 2010, he used a press conference as a vehicle to warn that next time he believed they were “twisting his words” they would be hooked for life.

When Associated News reporter Rob Harris asked Ferguson about Ryan Giggs’s importance for the 2011 Champions League final against Barcelona at Wembley, he received a withering response from the Manchester United manager: “All of the players are important, every one of them.”

Ferguson then whispered to his assistant: “Aye. We’ll get him. Ban him on Friday.”