This was a Manchester United victory covered in Ole Gunnar Solskjaer's fingerprints. Wow. 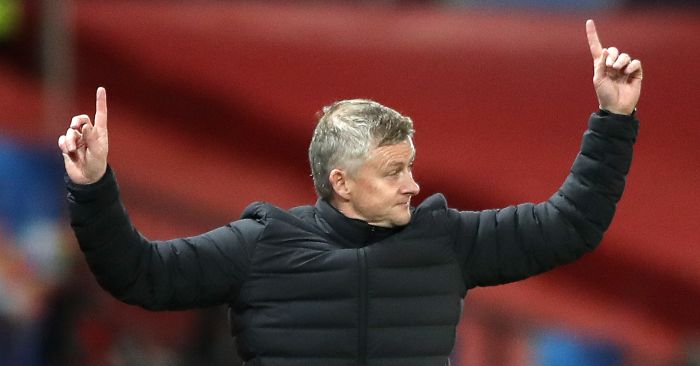 “We have contributed a lot to our own downfall,” said Ole Gunnar Solskjaer, bemoaning “the worst day of my career as Manchester United manager”.

Little over three weeks later, his best. What a performance to beat Leipzig. Manchester United were every bit as sensational against the Bundesliga leaders as they were hapless when hosting Tottenham. From the raging flames of a dumpster fire 6-1 defeat, the manager plucked a breathtaking 5-0 victory.

Solskjaer has experienced bigger wins but none better. None so heavily reliant upon his coaching, his management, his approach. None so achingly dependent on fortune, individual brilliance outside of a team structure or both. None so indicative of a man in control of the weather rather than constantly trying to ride the crest of a wave in a perfect storm.

This was absolutely covered in his fingerprints, from the change in starting formation to the perfect substitutions and everything in between. Solskjaer has now used different systems in four consecutive matches and garnered positive results in each.

Victory at the Parc des Princes was impressive yet founded on conservatism and counter-attacking. There is little wrong in that method, particularly when it delivers an away win against a member of the European elite. But there is undeniably something far greater and more meaningful in bending the opponent to your will, playing so well and as such a thrilling unit as to starve them of time, space, confidence, ideas. United forced the same mistakes out of Leipzig that the Germans base much of their own game upon.

Fred and Victor Lindelof were relatively willing participants in that side of the game, both ceding possession in their own half early on. Donny van de Beek looked like the only player capable of withstanding the press at times. But United slowly and surely crushed the spirit of Leipzig’s high-tempo display in a ruthless show of their attacking strength.

Solskjær recognised that RB Leipzig was overloading one side (their right) — even in the second half — so he told Rashford to hold his width down the right (their left). It resulted in him finding space to exploit.

Ole was spot on with that one.

The opening goal was excellent, Paul Pogba reprising his role in Paris by bursting forward and playing in Mason Greenwood, who conjures far more neutral faith in front of goal than a teenager has any right to. Leipzig took the early initiative but also the early deficit.

United sat back thereafter. They did not have a single shot for the next half an hour, when they suddenly produced three through Greenwood, Fred and Van de Beek. Leipzig had six shots in that period from the 21st minute to the 51st but were thoroughly contained, forced only one save out of David de Gea and failed to break through a resolute defence protected by Nemanja Matic at the base of the midfield diamond.

The game turned from close and edgy to an absolute bloodbath in the final half an hour. In the space of five second-half minutes Solskjaer showed his squad’s strength in depth. Scott McTominay, Marcus Rashford and Bruno Fernandes were all introduced, the latter two combining excellently for the second goal.

Rashford was electric proof that karma exists, completing a pulsating hat-trick in stoppage-time from Anthony Martial’s assist, the Frenchman having himself converted a penalty the Member of the Order of the British Empire had bestowed upon him.

At the heart of it all was Solskjaer: cheerleader turned architect supreme; P.E teacher promoted to headmaster. He schooled one of the brightest coaches on the continent over his greatest 90 minutes in the dugout so far. That Tottenham defeat felt like the end; it might actually have been a new beginning.