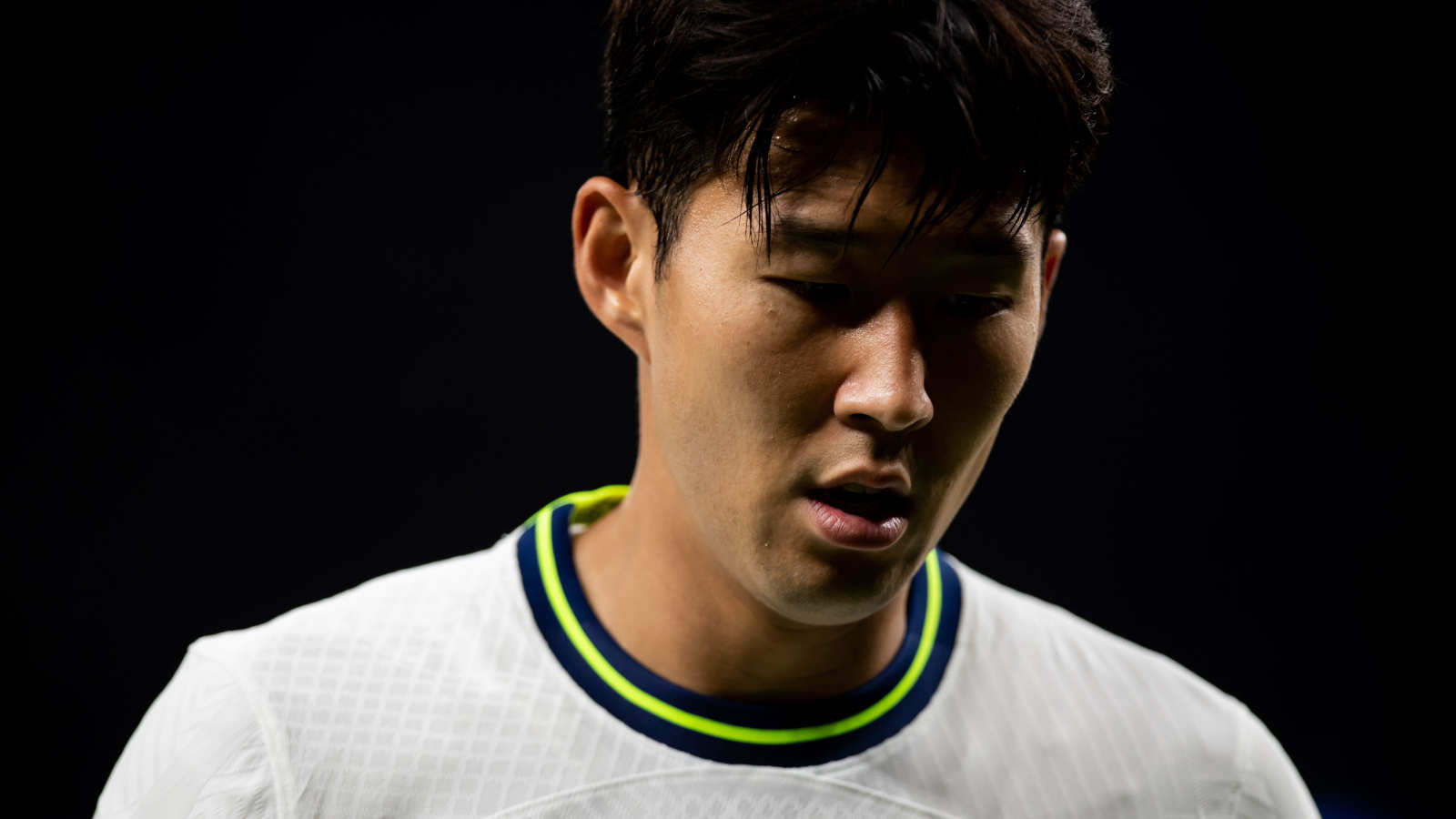 Son Heung-Min hasn’t been firing on all cylinders and Spurs need to give him a rest, but fevered talk of ‘dropping’ him is doing no favours.

Sporting’s two late goals against Spurs in the Champions League were the sight of a dam breaking. There has been a sense since the start of the new season that this team had been grinding out results rather than sparkling, and that winning without style brings an inevitability about what was to follow.

And perhaps they’ve even got a little lucky with the timing of their stumble. It’s not good news, obviously, but an away defeat in the second match of a Champions League group stage after winning the first is hardly disastrous. And they remain in a decent position in the Premier League despite their performances against Chelsea, Wolves, Nottingham Forest, West Ham and Fulham being nothing to write home about.

There have been strong performances from individual players. Dejan Kulusevski continues to impress with almost every touch. Harry Kane has scored five goals in six Premier League matches. Ivan Perisic has brought experience and guile to a team with a reputation for losing their heads at pivotal moments. But there have been others for whom this season has thus far been something of a disaster, and at the top of that list is Son Heung-Min.

With 23 Premier League goals last season, Son tied for the Golden Boot with Mo Salah although none of his came from the penalty spot. The Korean striker ended last season riding the crest of a wave of popularity and recognition, but this season he simply hasn’t caught light, having failed to score in any of his eight appearances for Spurs this season. He is off the pace. His first touch is frequently indelicate, and his shooting sights seem mis-aligned. He looks tired.

And small wonder. He played 96 club games over the course of the 2021 and 2022 seasons, as well as making 14 international appearances. While England’s players were coming unstuck in the Nations League, he flew back to Seoul for four friendly matches against Brazil, Chile, Paraguay and Egypt.

He scored in two of those games, and then Spurs arrived for their Korean tour. He scored twice in their first friendly against a K-Team representative XI, but hasn’t managed to score since then, and with the pressure turned up a notch as a result of his achievements last season, this has certainly been noticed.

Much has been made in the press of Antonio Conte’s reminder that no-one is above being dropped, but this looks very much like mischief-making on the part of the newspapers. It’s difficult to imagine a dressing-room environment that would be much less healthy than one peppered with ‘undroppable’ players, so there’s absolutely no issue with Conte saying that.

‘That form was enough for Conte to claim that he would be “crazy” to rotate the 30-year-old out of his starting line-up,’ wrote the Mirror. Well yes, obviously. That was then, and this is now. At the time that Conte made that comment, Son was his top goalscorer and in incredible form. Now he looks tired, and strikers need both confidence and to be in peak condition to perform at their best.

Their headline for this non-event of a story was ‘Antonio Conte sends warning to misfiring Son Heung-min and goes back on “crazy” vow’. You’ll note that in the accompanying quotes from the press conference after the Sporting match, Conte didn’t even mention him personally, or include the word that they themselves have put in inverted commas, either.

Tabloid terminology, of course, is laser-focused to ferment outrage. ‘Dropping’ a player carries a hint of the value judgement. ‘Resting’ him would have exactly the same effect, but with none of the pejorative overtones of a player who’s been dropped. It should be clear that Son Heung-Min hasn’t simply forgotten how to play. What we’ve seen from him this season so far has been a symptom; Antonio Conte’s job is to determine the cause and to remedy it.

It seems difficult to believe that giving him a break wouldn’t be beneficial, but South Korea have home friendly matches – their last two before the World Cup finals – against Costa Rica and Cameroon during the coming international break. The churn will continue until the end of the season, an already saturated schedule further pushed towards being unmanageable by the nonsensical decision to cancel matches all over the country on account of the death of the Queen, even though no other sports were doing the same.

It’s hardly as though Spurs are short of attacking options, either. Kulusevski has continued to impress and can consider himself very unfortunate to have lost his place in the first team, and while Richarlison has made more headlines for his shithousery than his performances, that’s not to say that he’s been any slouch on the the pitch, either. Both players could do a job for Conte, and the biggest block to anything would seem to be the head coach’s reluctance to change his first first XI.

There remain some who would like to seem him run further into the ground. After the Sporting match on BT Sport, Rio Ferdinand said in response to the possibility of dropping him, “No chance, blasphemy”, while Michael Owen added, “I totally agree with Rio”. It was somewhat surprising to see Owen, a striker whose own playing career was significantly hampered by injury, not give much consideration to how tired Son seems and the extent to which a break might do both him and Spurs some good.

Ultimately, all this talk of ‘dropping’ him is just so much tabloid fluff. If he needs a rest, give him a rest. Everybody saw what he’s capable of last season, and Spurs have ample in reserve up front. It was what many Spurs supporters thought would happen with the arrival of Richarlison anyway.

Spurs have the results on the boardi n the Premier League, but winning and leaving the impression that they’re getting away with it a bit isn’t sustainable. If Antonio Conte is a ‘serial winner’, he’ll already be aware that grinding out results is seldom enough alone. Spurs have the pizzazz at their disposal; they should make a greater effort to show it off.