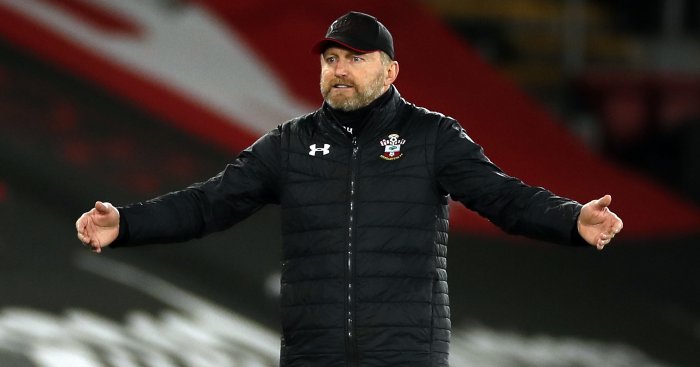 Southampton really should be up there challenging the elite with Leicester, West Ham and Everton. Yet Ralph Hasenhuttl muddles in mid-table.

“‘It’s a very complex process. We delve right to the bottom and manage to find out things that the investment banks don’t seem to be able to find out sometimes because we have very deep and resourceful intelligence networks. It should be of some reassurance to fans how deep and how hard we look at this.”

Richard Scudamore, then chairman of the Premier League, went on to stress that the owners’ and directors’ test was designed to gauge a prospective buyer’s “financial ability to run the club” rather than identifying potential “incompetence”. By his own admission, “some people don’t run clubs very well – but that’s not what it’s about”.

The message came in May 2017, a month after Lander Sports Development had its attempted purchase of Southampton blocked, with one national newspaper referring to company chairman Gao Jisheng, who had admitted to bribery offences but later gave prosecutory evidence in other cases, as a ‘crook’. By June, clubs met at an annual shareholder’s meeting to unanimously agree changes which were both inspired by and seemingly devised to further prohibit the takeover: any potential owner known to have committed a criminal offence, whether it resulted in a conviction or not, could be readily rejected by his intended peers.

The door seemed to have slammed shut but Jisheng sneaked through. His £210m offer was ratified that August as he secured an 80% stake in one of the most efficiently run clubs in the entire country. Southampton had just finished 8th, narrowly lost the League Cup final to Manchester United and exited the Europa League group stage through a combination of away goals and head-to-head record.

It was something of a false position. Saints were closer in terms of points to 18th than they were 7th. Claude Puel was a pale imitation of his predecessors in Ronald Koeman and Mauricio Pochettino – perfect fits, both. The Frenchman was sacked after a single season, replaced by the unmitigated disaster of an appointment that was Mauricio Pellegrino.

Southampton stayed up in Jisheng’s first season by three points, Mark Hughes barely keeping his survivalist reputation intact by virtue of a May 2018 victory over closest rivals Swansea. Manolo Gabbiadini scored the solitary goal in that game, substituted on for the final 20 minutes only because Alex McCarthy contrived to accidentally knock teammate Jan Bednarek out cold.

That quite neatly summed up Southampton in the period after Koeman and directly before Ralph Hasenhuttl: football was something that happened to them rather than it being a sport they were actively involved in. The Southampton that stood for something had ceased to exist. They were no longer ahead of the curve but flattening it. The club that was different, that had an identity and a meaning and a purpose, was just another panicking husk parachuting in an unimaginative and ill-fitting figurehead to simply maintain their top-flight status. Saints were no longer marching; they were barely moving forward at all.

The incredible stroke of luck that brought Hasenhuttl to St Mary’s should not go overlooked. He has transformed a club that was lost and threatening to surrender itself to the perennial vortex that has ensnared West Brom, Stoke and other sides that went from driven to coasting to spinning their wheels and crashing head first into intermittent mediocrity.

He has managed wins over the elite, conquering Arsenal, Chelsea, Liverpool, Manchester City and Tottenham, as well as the leading members of the chasing pack in Aston Villa, Everton, Leicester and Wolves. He has invigorated the careers of Kyle Walker-Peters and James Ward-Prowse, but also single-barrel peasants like Jannik Vestergaard and Stuart Armstrong. And he has done it all with scant investment while Shane Long merrily extends his record as the player brought on as a substitute the most times in Premier League history.

Hasenhuttl has had six permanent signings bestowed upon him in four transfer windows, with the fifth and current one unlikely to buck that trend. Since his appointment, Saints have spent £83.9m and accrued £58m in player sales. The overall net spend during the three-and-a-half years of Jisheng ownership is a meagre £25.9m, dwarfed by Newcastle’s £77m or so, almost half of Burnley’s £51.1m and higher only than self-imposed shackle fetishists Crystal Palace and their £5m outlay over the same period.

We’re in danger of the best manager we’ve had in years being completely hamstrung by the lack of investment at the club. Gao hasn’t put a single penny in of his own money in three and a half years. The worst owner in the Premier League. #saintsfc

There cannot have been any buyer’s remorse when you consider those six signings: Danny Ings is out of form but has been excellent; Che Adams and Moussa Djenepo are effective attacking foils alongside him; Walker-Peters and Ibrahima Diallo have impressed. Mohammed Salisu remains on the frustrated periphery but that is an astonishing hit rate led by head of scouting and recruitment Martyn Glover.

Yet he and Hasenhuttl have increasingly little to show for their brilliance. A slender squad has beaten only the off-colour reigning champions in its last seven Premier League games, an injury epidemic culminating in Yan Valery and Jake Vokins starting at full-back in a subsequently flat performance at home to Arsenal in midweek.

That left them 11th, stranded in the same position they finished last season, when this campaign has been open to the interpretation of any team with ambition, a plan or both. Leicester are 3rd. West Ham are 4th. Everton are lurking in 7th. Southampton should be crashing that party but are instead looking forlornly in from the outside waiting for an invitation.

Jisheng bears that burden. “I am not treating Southampton as a pig to be fattened and sold,” he vowed in June 2019. “I am treating it as a child. But my children must believe they cannot depend on the boss. I have said to Southampton: ‘I am now your father. But I am putting you on the right track: you need to feed yourself.'”

The supporters would be forgiven for accusing him of gross neglect right then, never mind with today’s hindsight. Nine months after that declaration, Saints were made available for sale at an asking price of £250m. By November, when they topped the Premier League for the first time in their history, a report emerged stating that negotiations with American businessman Joseph DaGrosa had been ‘delayed’ because Jisheng had increased his valuation of the club on the back of such wonderful form.

In trying to both have his cake and eat it, to starve and auction off the pig he vowed never to fatten and sell, Jisheng has wasted a rare opportunity for Southampton to either progress under his tutelage or by the hand and investment of another. Failing to properly support one of the best coaches in the league is tantamount to criminal negligence in this of all years. Some people really don’t run clubs very well after all.