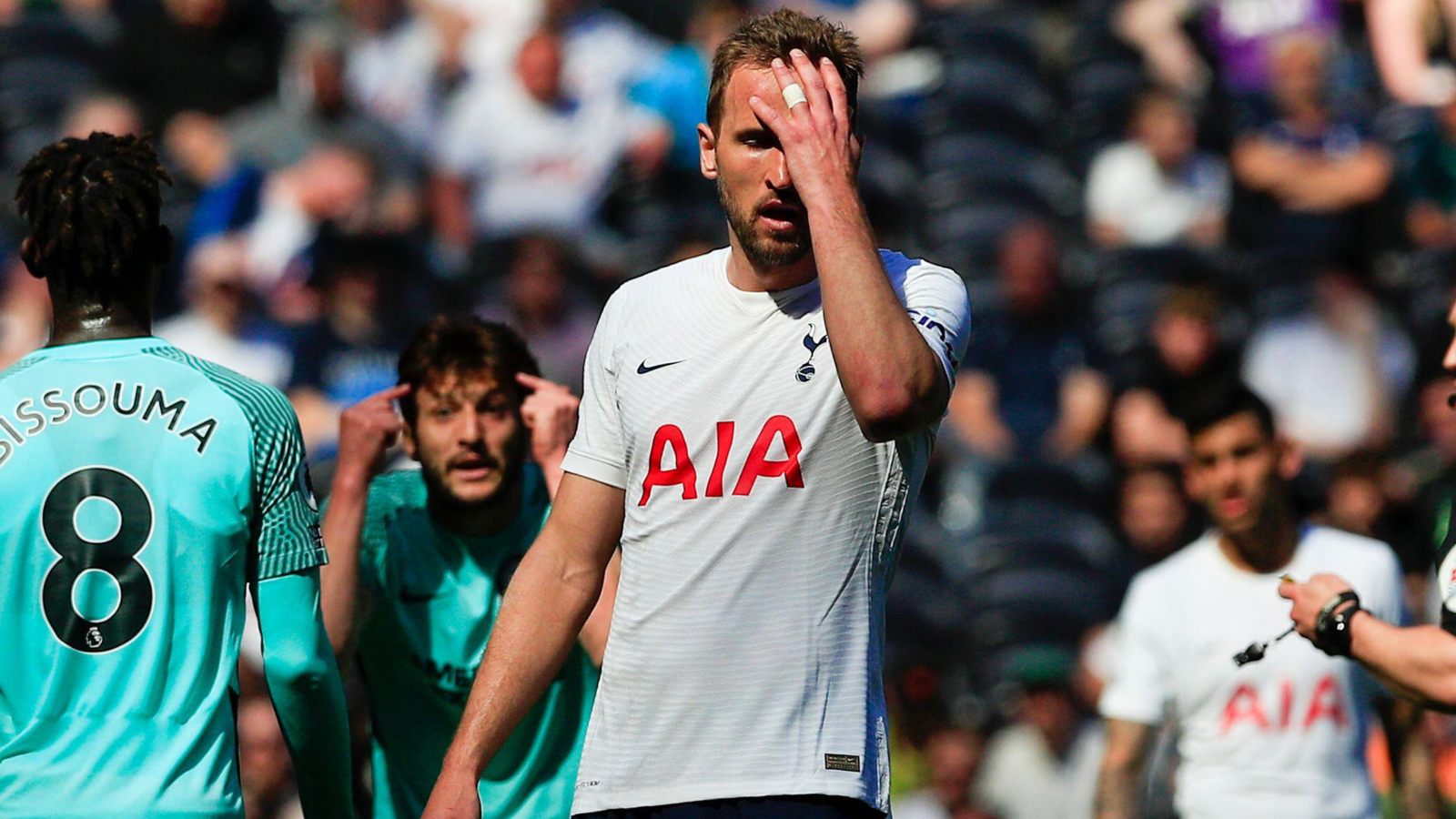 “A round of applause for Brighton after they beat Arsenal last week,” suggested Alan Mullery to the Tottenham fans at half-time. Around 45 minutes later, the hosts were feeling significantly less magnanimous towards their visitors while they wiped Seagull s*** off their Champions League ambitions.

On successive Saturdays, Brighton have gone to north London and taken maximum points to impose upon the Gunners and Spurs an all too familiar sense of crisis. In recent weeks, Mikel Arteta and Antonio Conte have each claimed the ascendency in the battle for the final top-four spot but neither set of players appear capable of clinging to it.

We almost know to expect it from Arsenal. For all the strides Arteta has made with the Gunners, they have never banished the feeling that calamity is always just around the corner. But Spurs aren’t supposed to be Spursy anymore. Not since Conte got his feet under the table and asserted his authority.

So it was more surprising than perhaps it ought to have been when Tottenham spent their Easter Saturday afternoon slumbering around in the sunshine while Brighton painted north London blue and white. Or whatever shade of turquoise they were sporting.

Even Conte was subdued. The Italian has had a dose of the ‘rona in recent days which would excuse his lack of animation on the touchline. Without it, though, Tottenham took their lead from the manager and appeared unwilling or incapable of rousing themselves.

A draw would have been seen as a poor result for Spurs as the finishing line comes into sight but it would have been a point they barely deserved. Brighton were the better team across the thirds and Leandro Trossard’s superb 90th-minute winner was just reward for their performance.

Prior to Trossard’s dummy to send Eric Dier for an Easter egg followed by a sublime flicked finish, it looked like being another one of those days for Brighton – when all their fine approach work would end abruptly at the point a smidgen of ruthlessness was required. When Danny Welbeck took aim at goal and conceded a throw-in during the second half, around about the time the Seagulls had wasted two other glorious openings with heavy touches, the visiting supporters must have had that familiar feeling that has prompted boos at the AmEx this season.

Such frustration among Brighton fans is understandable, even if it riles Graham Potter. Here was yet another glimpse of what Brighton are capable of but, on this occasion, they eventually found the necessary mercilessness to claim the points they richly deserved.

2 – Brighton are only the second side in Premier League history to win away at both Arsenal and Tottenham in consecutive Premier League matches, after Hull City in October 2008. Rarity.

Potter will point to where Brighton are heading, in the coming weeks and over the longer term, as evidence to dismiss the dissenters; as they sit just one win from their record Premier League points total and in the top half where they’ve never yet finished, it would make a compelling point.

However, there remains plenty of untapped potential in this Brighton team. The addition of a goalscorer, one versatile and hungry enough to fit Potter’s various systems, would take them even higher. It sounds overly simplistic, and sourcing a reliable goal-getter is never straightforward as Brighton know better than most. But it is such an obvious shortcoming even if, eventually, it did not cost them here.

Even during the absence of potency for 89 minutes, Brighton still looked sharper than Spurs, who had caught fire in recent weeks. Conte’s side had plundered 12 goals from their previous three games, and 13 in their last three at home. But Potter’s plan boxed in Harry Kane, Heung-min Son and Dejan Kulusevski, limiting Spurs to just five shots, none of which troubled Robert Sanchez to scuff the latex on his mitts.

Man-of-the-match Yves Bissouma was pivotal to that plan. He sat at the base of Brighton’s midfield and deprived Spurs of their passing lanes into their forward line, Kane in particular. When Bissouma picked up possession, he penetrated, either on the dribble or by passing into Moises Caicedo or Enock Mwepu stationed either side of him. Mwepu was perhaps fortunate not to see red towards end of the first half – not as lucky as Kulusevski, mind – but Caicedo followed his Premier League debut last week with another all-action display that suggests Potter has primed the Ecuador midfielder perfectly after making him wait for a taste of the top-flight since his arrival last summer.

Unfortunately for Brighton fans, they need to make the most of Bissouma and Caicedo in the same midfield, with the latter set to replace the former when he inevitably moves on before the start of next season, by which time his contract will have ticked over into its final year. Having emerged from a mid-season slump in form, there should be a queue of clubs forming outside the AmEx all clamouring for the Mali international. Before then, though, Brighton can afford to enjoy the rest of the season and the record finish that awaits.

Tottenham, however, are back to sweating over their own flaws, plenty of which were on show. In contrast to Potter’s flexibility, when 3-4-3 wasn’t working for Spurs, Conte simply changed the faces rather than tweak the system. Which offers little prospect of success when the players coming on aren’t of the same quality of those they are replacing.

Luckily for Spurs, even if they can’t rely on themselves, they can always bank on Arsenal’s flakiness.