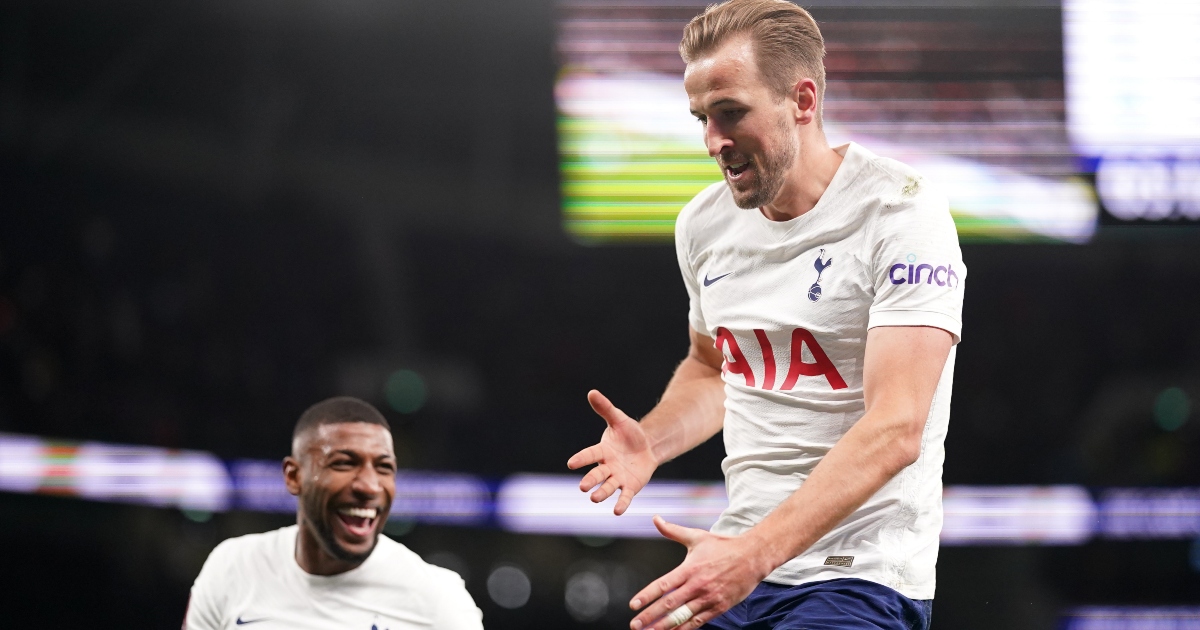 It wouldn’t be Spurs without the odd scare but Antonio Conte’s side secured unnervingly-serene passage in the FA Cup on a Saturday night with a victory over Brighton that offered plenty more positives beyond a place in the fifth round.

Harry Kane scored twice having been reunited with Heung-min Son; their marquee summer signing joined Son in returning from injury; Conte was able to blood his two new January arrivals; and the void left by one of the targets he missed was filled encouragingly by a player in receipt of a much-needed stroke of good fortune.

Everything came up Conte for Tottenham against Brighton who represented a potential banana skin for a Spurs team who are looking more and more a side built in their manager’s image.

What hazards laid in wait in north London caught out the Seagulls, who were deservedly dumped out of the cup but each goal they conceded was entirely preventable. And at the other end, when the chances came, most notably in the second period to reduce Spurs’ advantage to a single goal, Brighton and Neal Maupay in particular showed themselves to be as impotent as ever.

Kane has no such worries about firing blanks at the moment. Each of his goals came as a result of some kamikaze defending but the first showcased the quality of finishing that was missing before Conte pitched up, and the second highlighted the poacher’s instinct so woefully absent in the opening months of the season.

Kane has now netted seven goals in his last 10 games, a run all the more likely to be extended by Son’s return. The South Korean star made his first appearance in a month and had a hand in each of Kane’s goals. First, it was his pressure that forced Adam Webster into a turnover that led to Kane curling an unstoppable effort around Robert Sanchez. And his contribution for his strike partner’s second was even more eye-catching – a driving run from inside his own half that left Webster so dazed, the Seagulls defender bundled the loose ball into Kane’s path.

Harry Kane has now scored 15 goals across all competitions this season, Mohamed Salah (23) is the only Premier League player with more.

Eight have been for Antonio Conte. 💪 pic.twitter.com/bpRnFlzH82

As pleasingly for Conte as Son’s return was the manager’s first opportunity in three months to select Cristian Romero at the heart of his back three. The £42million signing was a steady presence for 77 minutes, shackling Maupay, Jakub Moder and briefly Danny Welbeck before cramp kicked in. Being able to play Romero alongside Eric Dier, absent tonight with a ‘little problem’, will be a huge boost for Conte, as will Emerson Royal if he can maintain the form and adventure that saw him create Spurs’ second goal when his cross was deflected in off Solly March.

Conte wanted Adama Traore to play in Royal’s place but Spurs floundered in the January window until they completed a successful raid on Juventus. At 3-1 up and seemingly comfortably, Conte felt able to give Dejan Kulusevski and Rodrigo Bentancur their debuts, only 48 and 24 hours respectively after their first training sessions at Spurs.

Kulusevski was bright on the right, regularly cutting inside onto his left foot in the final quarter and the Swede should already have his first assist but Steven Bergwijn blazed a gilt-edged chance high over the bar. Receiving his first booking in English football was Bentancur’s most notable act, but the Uruguay midfielder could profit from a stodgy performance from Pierre-Emile Hojbjerg and Harry Winks in the centre of the midfield – perhaps Conte’s’ only concern on an overwhelmingly positive night in a competition the manager has never not reached the final.