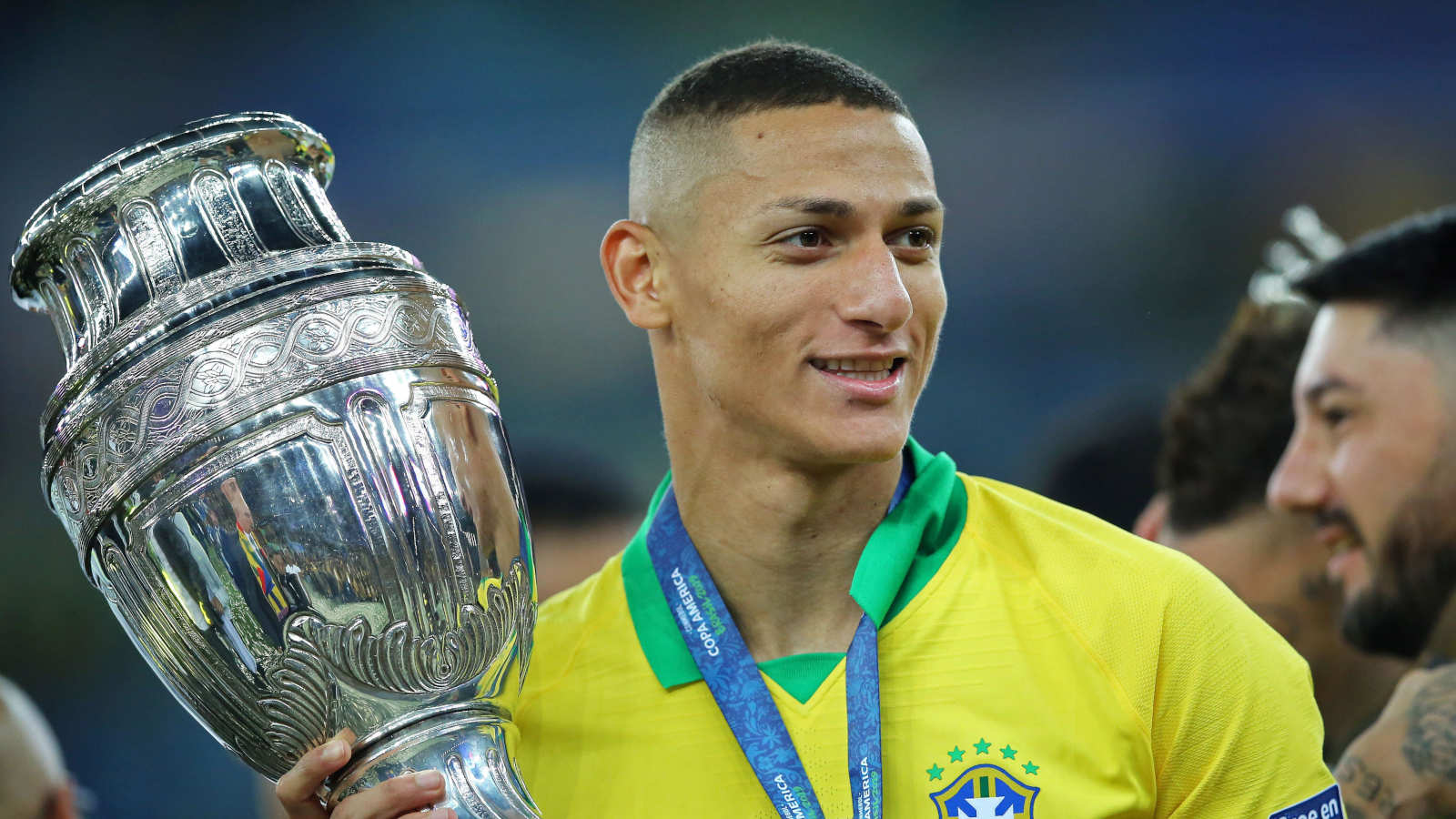 Signing Richarlison is Spurs making a statement signing, and it’s not quite the sort of statement fans Spurs are particularly used to.

In a small but not insignificant way, there are echoes of the past in Spurs signing Richarlison. In 1978, they were heading back to the top flight after relegation a year earlier, and the arrival of Osvaldo Ardiles and Ricardo Villa, World Cup winners both, felt like a ‘statement signing’. Spurs, the first winners of the league and cup double in the 20th century just 17 years earlier, were back.

On the opening day of the season, Villa scored Spurs’ first goal of the season in a 1-1 draw away to defending league champions Nottingham Forest, and all felt right with the world. But over the next two-and-a-half weeks they were beaten 4-1 at home by Aston Villa and 7-0 at Liverpool in the league, while managing to fit getting knocked out of the League Cup by Fourth Division Swansea City – over two legs – into their busy schedule at the same time. Yeah, Spurs were back, alright.

The circumstances now are obviously different. Brazil have not won the 2022 World Cup (yet), there’s only one of him, and it’s almost impossible to compare the reaction of England in 1978 – a country in which were there were very few non-British or Irish footballers – with now. But there is a similar vibe about Spurs bringing in Richarlison from Everton, and for those of us who are old enough to be able to remember when Brazil were much good beyond the group stages of the World Cup finals, there does remain something particularly entrancing about the lead striker of this particular national team signing for your club.

And the talent and attitude are undeniable. It would be a stretch to say that Richarlison was single-handedly the reason why Everton stayed up at the end of last season, but his role was probably the most significant of any individual player. He scored their first goal of the season and their equaliser against Arsenal at the start of December. He scored their winning goal against Chelsea and rescued an equaliser against Leicester. And in the game that ultimately proved crucial against Crystal Palace, he scored the goal to bring Everton level at 2-2 on their way to winning one of last season’s most remarkable matches.

But the arrival of Richarlison does also mark another point on a roadmap that feels unusual to supporters of this particular club; Spurs are making sensible decisions in the transfer market. Now, there are obvious caveats to come with such a bold statement. It is very early to say this, and things might all look very different by the time Spurs leave the pitch with Son Heung Min reduced to one foot and Ivan Perisic’s hair on fire in the last match before the September international break, but right now, Richarlison, Perisic, Yves Bissouma and Fraser Forster all look like players that are improving a squad that was coming good anyway throughout the second half of last season.

Antonio Conte is clearly having an effect and seems to be getting what he wants from the club, in a professional and timely manner. With four players signed and the pre-season just starting, it seems reasonable to assume that Conte is well on the way to having all the pieces that he wants in place to start work on his team. Daniel Levy has seen fit to back him in the transfer market, and the logic behind the idea that ‘if you’re going to back any manager, it might as well be this one’ should be obvious. Spurs had a huge stutter between January and March, when it seemed at times as though his time with Spurs could be very brief indeed, but otherwise the team finished the season on an upswing and this seems have to persuaded Levy that now is the time to make that move.

Clément Lenglet may be following from Barcelona and he does sound like a considerably Spursier signing, having been described by the Guardian’s Sid Lowe as a player who went ‘from low key excellent to oddly accident-prone’ during his time at Camp Nou, though Lowe does add that this may well have been a confidence issue, and if that is the case, then Conte might be the ideal manager for him. Lenglet is clearly not a bad footballer. This is a ruthless game in which players are cast aside every single day, and vast amounts of money simply aren’t thrown at people who ‘can’t play football’ anymore. So if he can be improved, then it feels worth a throw.

And this is all why good coaching is so important. The margins that can push you closer to winning can only be in tiny physical increments, but enormous improvements can be found in players’ headspace, in concentration levels, in confidence, in organisation, and in building a team in which every player knows, understands and accepts their role, and can execute it as close to perfectly as possible. It’s not just the head coach who achieves this, but the head coach sets the tone, sets the example, and is ultimately responsible for the entire coaching team. And at this time of the year, you just have to trust the judgement of whoever is making the decisions over who will be the right components to fit into this particular engine. If there is a coach who can get Clément Lenglet back to what he’s evidently capable of, it may well be Antonio Conte.

Spurs remain some distance short of Liverpool and Manchester City, as does everybody else in the Premier League, and it remains too early to judge them against the teams with whom they were in direct competition last season, because further transfer movement is certain. Even now, Frenkie de Jong finally seems to be going through for Manchester United, Raphinha seems set for Chelsea, Arsenal are making Gabriel Jesus touch his toes in their medical room, and that’s just scratching the surface. And it’s worth reiterating that all this still has two full months left to run. It’s already been a very overheated transfer window, and it’s showing no signs of slowing down.

But Spurs seem to be making good progress and it all feels most unusual. There’s plenty of time for the wheels to fall off this cart, and as all Spurs supporters already know, for every David Ginola there can be a Paolo Tramezzani; for every Gareth Bale, a Roberto Soldado. But for now there’s a bit of optimism that Spurs are heading in the right direction going into a new season, and it certainly makes a change to be saying that.