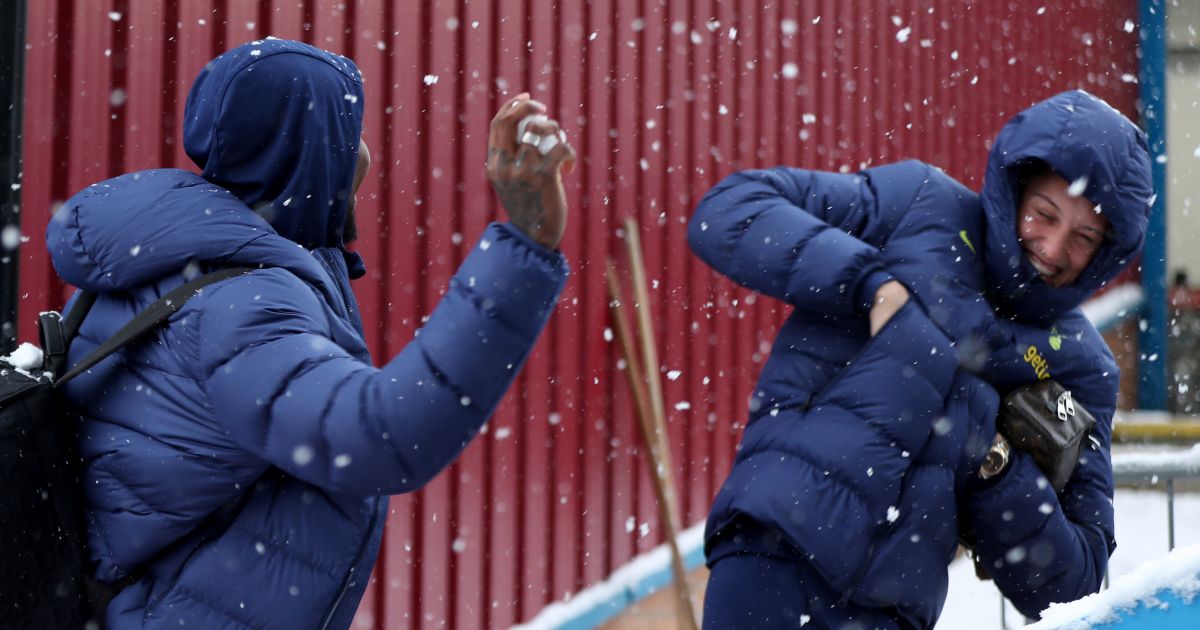 Tottenham and Burnley teams seemed positively happy with a snow-enforced postponement, but that’s both perplexing and a real shame.

As Sean Dyche strode jacketless around a snow-laden Turf Moor on Sunday afternoon, a mischievous grin playing across his disc-bearded face, it was hard to escape the notion that he was absolutely thrilled with it all.

His Burnley team’s clash with Tottenham postponed due to a couple of inches of snow, the manager was visibly delighted by the news. So much so that you half-expect a book to come out in ten years’ time called “If I Did It” in which Dyche painstakingly explains in great depth and detail precisely how he would have gone about nobbling an under-soil heating system if indeed he ever found himself in a hypothetical situation where he wanted to get a Premier League game postponed due to relatively minor snowfall, which affected but never seriously threatened the very existence of a game on the same afternoon at the same time 20 miles away in Manchester.

Whatever his part in it all, the one clear thing was that Dyche was very happy about it.

The major question is not really about his involvement in it (for the sake of any lawyers reading, we don’t really think he nobbled the under-soil heating, okay?) but why? Why was he so happy?

Maybe he just likes strolling around in sub-zero temperatures wearing only a shirt. It could be that to be fair. It is very on-brand, the only surprise perhaps the presence of a shirt rather than a topless Dyche challenging Antonio Conte to wrestle for the points. A challenge, by the way, Conte would surely have instantly accepted, producing something far more entertaining than any football match between Burnley and Tottenham could ever hope to be.

The most obvious answer is that his legendarily compact Burnley squad was stretched to its limits, with key members of the side’s spine suspended in James Tarkowski and Ashley Westwood while a good many others were out or doubtful through injury.

But on the flipside, surely this was the time you wanted to play Antonio Conte’s Spurs? A Sunday afternoon after a Thursday night away trip where they had been thoroughly and utterly humiliated by Slovenian side Mura in the already magnificent Europa Conference League?

And while there is also a very obvious banter line to be enjoyed here about Burnley not wanting to face a team like Spurs in wild conditions that might act as a big leveller for the weaker team, this was surely an afternoon that screamed ‘Burnley win’.

At the very least, the best possible chance of it. Yes, Burnley were going to be short of full strength, but whatever side they were able to name was also going to be a damn sight stronger than any NS Mura have ever put out.

Whenever this game does now get played – and Spurs’ presence in Europe and the Carabao quarter-finals means it will surely be next year – Burnley will almost certainly be able to name a stronger XI.

But Spurs will almost certainly be stronger, too. The most humiliating night in a couple of years of humiliating nights will be a more distant memory. Conte will have had at least another couple of months to inculcate this currently flawed and fractured squad with his methods (and history suggests that is likely to be significant) and conditions are, by definition, sure to be more benign.

Conte might in theory at least even have some new players, if that gentleman’s agreement he has with Daniel Levy about January spending turns out to be good.

There are also important points to be made here about where match-going fans feature in all this when a game is called off at such short notice due to relatively minor and forecast bad weather. Mischievous, but you can’t help wondering whether things might have been different had this game been slated for live TV coverage.

There’s no doubt this felt like a disappointing postponement. First of all, because football in the snow is always magnificent. If the Premier League is going to have its shiny yellow winter ball, then the least they can do is make sure to take any opportunity to see it at its fluorescent best.

This was not some insurmountable blizzard or freak snowstorm that came without warning. If Burnley’s under-soil heating really was working fine, then they definitely need to be claiming a refund.

Sheer weight of fixtures – especially if they do somehow manage to scrape their way into the Europa Conference play-offs – means this postponement is a bigger itch in the anus for Spurs, but it doesn’t really help Burnley either.

Maybe it really was worse than it looked. Maybe Dyche’s shirt has thrown us off. Maybe we just really, really wanted to see Sergio Reguilon – a giddy puppy at the very best of times – running around and sliding about like Bambi, only cuter. But it just felt like there was very little will from anywhere to try and get this game played, which was both weird and a bit of a shame.