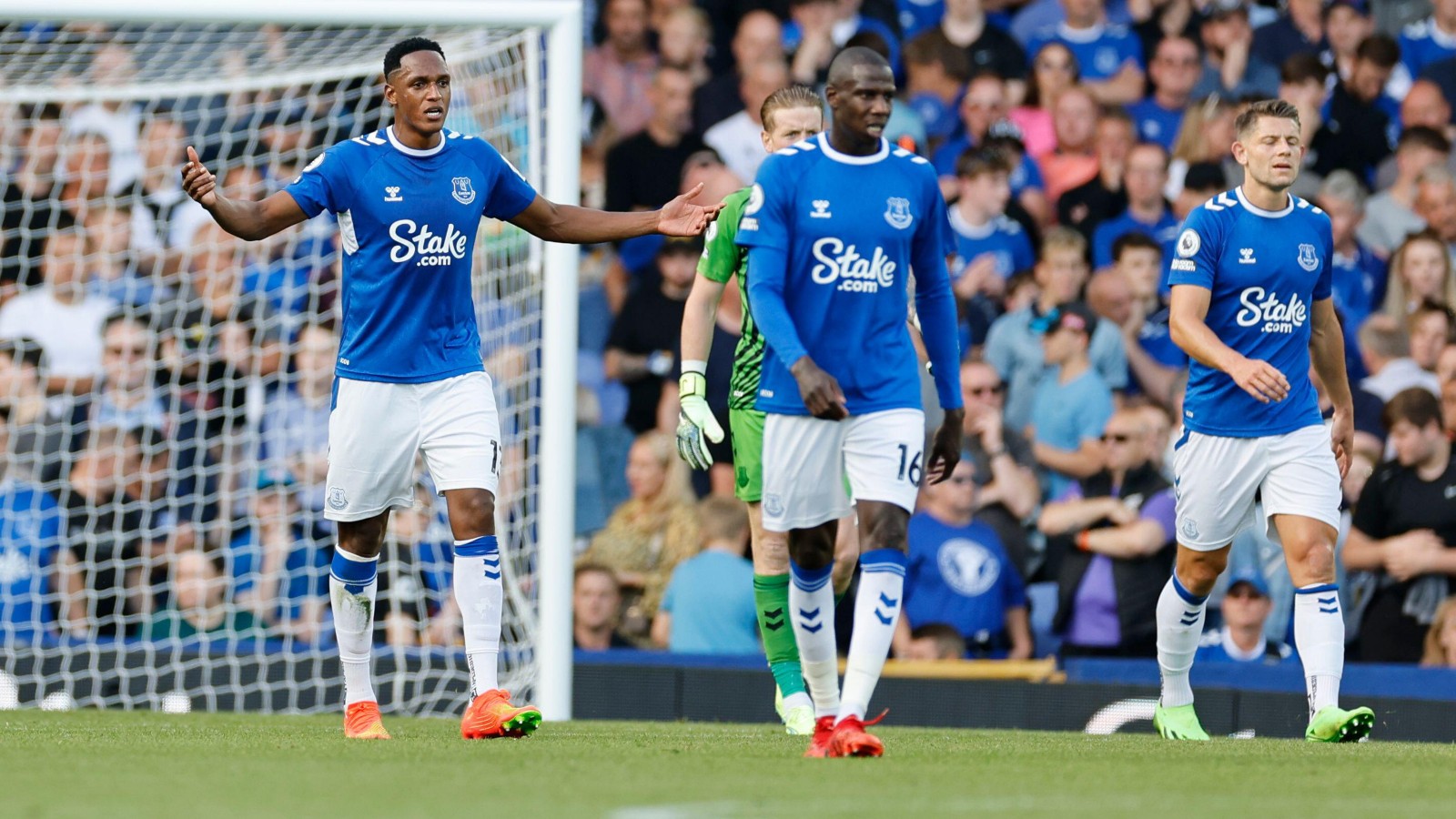 There are two ways to lose a match: the normal route and the Everton method. More injuries and Dele Alli officially retiring ought to do it.

A lot can change in three months. When Everton and Chelsea last met in May, Richarlison and Timo Werner led the respective lines. Alex Iwobi played at wing-back to ensure there was central midfield space for Fabian Delph. Antonio Rudiger marshalled the visiting defence.

Equally, plenty has stayed the same. Everton remain prone to both inexplicable mistakes and frustrating injuries and their limitations are painfully clear. Chelsea are still a great team as close to falling back into the pack behind as they are joining the leaders.

And that’s the thing with scrappy 1-0 wins: the margins are so slender between victory and defeat that it becomes difficult to avoid outcome bias. Everton had nine shots to 17 at the end of last season and won. They had eight efforts to 15 at the start of this campaign and lost.

But some things can be ascertained as early as the opening fixture. Frank Lampard really needs to cleanse the bad juju surrounding Goodison Park, for example. A squad already often literally hamstrung by injury lost Ben Godfrey in the first half and Yerry Mina in the second.

The former was hoist by the petard of his own errant back pass. That it went out of play, only for Jordan Pickford to strike a clearance straight into Kai Havertz and encourage Godfrey to make a forlorn amends, only added to the sheer Everton of it all.

The papier-mâché Yerry Mina joined Godfrey in the treatment room midway through the second half, his left ankle struggling under the sheer weight of narrative.

Hopefully Lampard kept the script he utilised for most of last season because those setbacks, combined with the baffling tackle from Abdoulaye Doucoure to concede the decisive penalty, felt like a continuation of 2021/22.

That sort of bad luck makes for a lethal blend with a stuttering summer transfer window and a coach caught between what he wants to do and what he can do. Be it down to Lampard’s own foibles or those of his squad, Everton can only compete to a point. Their game plan works until it doesn’t.

They created precious little of actual note. James Tarkowski elicited a fine save from Edouard Mendy and Demarai Gray had a shot blocked by Thiago Silva on the break but Chelsea were more troubled by those intermittent Goodison roars than anything Everton actually conjured.

Their striker situation is particularly disheartening. Dominic Calvert-Lewin and Salomon Rondon cannot be relied upon for different reasons.

Anthony Gordon was deployed as a nominal centre-forward against Chelsea but what he offers in effort and work-rate, the 21-year-old lacks in guile – particularly up against a defence as experienced as Cesar Azpilicueta, Thiago Silva and Kalidou Koulibaly.

Dele Alli was touted by Lampard as a possible solution but one moment late on summed up the last few years of his career. Nathan Patterson pounced on a rare Koulibaly mistake to launch a counter-attack, slipping Alli in.

Instead of a first-time shot, his crumbling confidence was betrayed by a heavy touch as he almost tackled himself before limply prodding the ball out for a goal kick while laying on the ground.

In his case, it might be that form is temporary and class is permanent. The player of his first three Tottenham seasons is, for all intents and purposes, retired. Jose Mourinho might be yesterday’s manager for some but his suggestion that Alli’s brother replaced him years ago was prescient.

The first element of his potential total £40m fee is due to Tottenham when Alli plays his 20th Everton game. Daniel Levy will hardly be frantically refreshing his NatWest app.

Chelsea should be content to have controlled that game in difficult circumstances, given the atmosphere. Everton were OK but relying on there being three worse teams for a second consecutive season is to request an appointment with trouble. New signings are imminent but they will have to hit the ground sprinting – just try not to injure yourselves doing it.