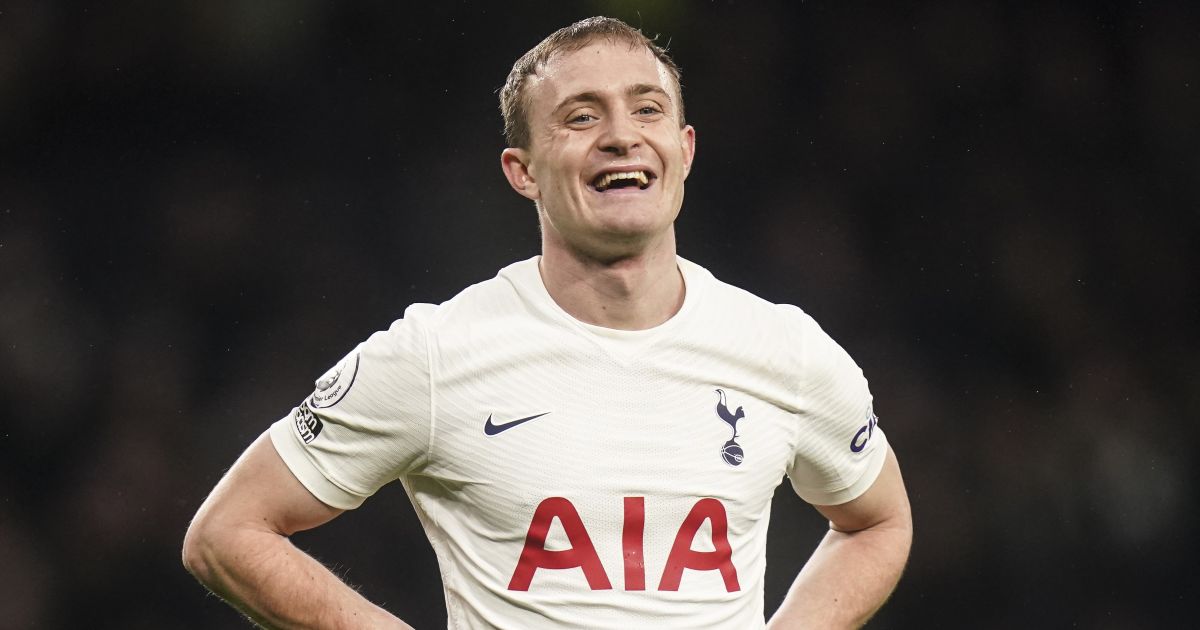 Spurs being pretty terrible is no great surprise, but the identity of their two most important players certainly is.

Some breaking news for you here, and you might want to sit down before I shock you with the sheer heat of this take: Spurs are not very good at the moment.

I know, I know. A lot to take in. Give yourselves a moment to process, and then carry on reading. Or don’t; it’s up to you really.

Done that? Good. Right, so Spurs are not very good. After a nine-game unbeaten Premier League run culminating in that injury-time absurdity at Leicester, they have lost three league games in a row and that – and I’m very sorry to have to shock you again so soon – is soon going to be four in a row after this weekend’s trip to Manchester City.

Maybe the Bergwijn Incident was just too mad and the universe is now punishing Spurs with defeats to make up for the one they dodged that silly night. Like Final Destination, but for football. Final Score Destination, if you will.

What these last couple of games have also confirmed, and this is probably madder than anything Steven Bergwijn did at Leicester, is that Spurs’ two most important players are Oliver Skipp and Eric Dier, and by quite a long way.

The Dier renaissance this season has been quite something, starting under Nuno and continuing (less surprisingly) under Conte. Since the Italian took charge, Spurs have conceded six goals in nine games with Dier in the side and seven in three games without him.

But Skipp’s paramount importance to this Spurs team is even more stark and more staggering. A player who had started only three Premier League games for Spurs before this season and spent last season on loan – albeit enormously successfully – in the Championship has now become the single most important footballer at a club that is, despite itself, still technically in contention for a top-four finish.

The raw stats are startling. In the 14 league games Skipp has started this season, Spurs have won 10, drawn one and lost three. In the other eight games, they have won only once and lost five times. Leeds, if you were wondering, are the team who should be instantly relegated for the shame of such defeat.

The last two games – both home games against opponents Spurs would reasonably expect to beat – have produced a pair of truly terrible performances and entirely deserved defeats. They are also the only two league games of the season where Spurs have been without both Dier and Skipp.

Both players deserve huge credit for the improvements they have made and the development of their game. It seems a long, long, long time ago now that we genuinely thought Harry Winks might be more of a Conte midfielder than Skipp.

But it’s also ludicrous that these two players have become so thoroughly integral to Tottenham. The ease with which both Southampton and a Wolves side not famed for its attacking thrust were able to play through a Skipp-less midfield before tormenting a Dier-less defence was staggering. Both teams played well and deserved their success, but surely couldn’t quite believe how easy Spurs made it for them.

With Skipp in particular, things have now reached the stage where Conte has to rethink his whole strategy if he is unavailable. That’s a staggering situation. But the evidence of the eyes and the results tell you that Spurs simply cannot play Conte’s 3-4-3 without Skipp. They’re still arguably better off with a 3-5-2 even when he is there, but without him, Spurs and Conte now have no choice but to stiffen the middle of the park at the expense of Lucas Moura’s occasionally deadly but frequently meandering forward runs.

Simply looking at results with or without certain players is clearly simplistic and reductive; Spurs have been pretty dreadful at times with both Skipp and Dier, and one of their best all-round performances of a perplexing season – the 2-2 draw against Liverpool – saw the midfield battle at least reasonably well contested without Skipp.

But the overall numbers and certainly the last couple of games have made an inescapable argument. Never has that old chestnut about being a better player when you’re out of the side appeared more true. Spurs’ midfield was missing in action against both Southampton and Wolves despite various permutations of Winks, Pierre-Emile Hojbjerg and Rodrigo Bentancur being deployed. The one constant was the absence of Skipp.

The defending was an error-strewn calamity that matched the very worst of Jose Mourinho’s time, despite the welcome return of the demonstrably excellent Cristian Romero. Again, the significant element in whether Spurs look competent or chaotic defensively has been the presence or absence of Dier.

Spurs are a deeply confusing team right now, and there is really no clearer marker of that than the fact the rest of their season depends primarily not on their world-class manager or striker getting back to their best but how quickly they can get Dier and Skipp back in the side.

For the purity of those baffling yet strangely pleasing stats, let’s hope it’s not until after this weekend.