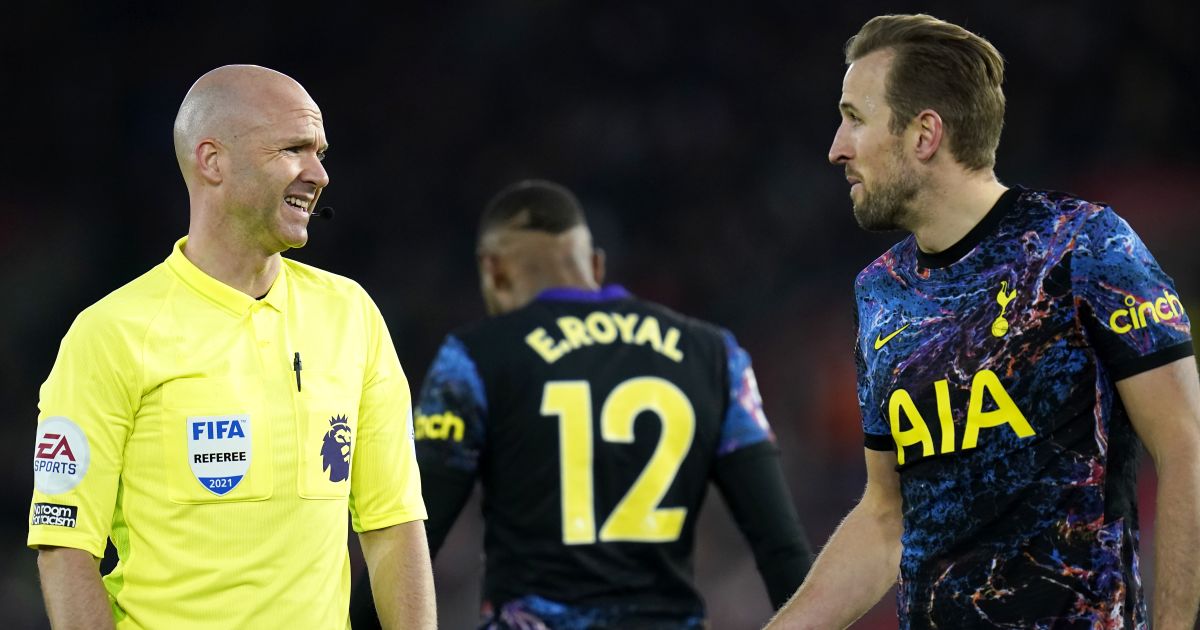 VAR certainly didn’t help Spurs, but nor did Spurs help themselves against 10-man Southampton.

There was plenty of mitigation, but here was the first demonstrable Premier League setback during Antonio Conte’s Spurs reign.

His third draw to go with four wins – no previous Spurs manager has been undefeated after seven league games – is no disaster but it’s the first one that really merits rueing. His reign started with a goalless draw at Everton that could have been worse and the clean sheet was welcome enough after the increasingly shambolic nature of Spurs’ defending in the end days of Nunoball. Last week’s point against Liverpool could easily have been three, but could just as easily have been none and Harry Kane serving a three-match ban.

This 1-1 draw at Southampton, though, was a game Spurs would have expected to win at the outset and certainly when presented with the prospect of 50 minutes against 10 men after Mohammed Salisu hacked down Heung-Min Son to earn a second yellow card and present Kane with the chance to equalise from the spot, a chance he duly accepted with his expected relish.

Yet for all Spurs’ dominance in the second half and xG stats that suggest the game should have been won with something to spare, there was something missing in the second-half display. Let’s get to that mitigation. Both these teams played 48 hours ago and Conte’s understandable reluctance to tinker too much with the good thing Spurs have had going in recent games meant fatigue was inevitably a factor for both squads in the second half.

Here, a case could be made that the red card actually helped Southampton. They were excellent in the first half – as good as they’ve been at any time this season – having matched up to Conte’s 3-4-3 and taken the game to Spurs to great effect. They were worthy of the lead given to them by James Ward-Prowse’s clever swerving finish and were harrying and hassling Spurs all over the pitch. Even at 11 v 11, though, there were still plenty of times when Spurs were just one slightly better pass or slightly cleaner touch or slightly better run away from getting in behind an aggressive Southampton defence. One such moment led to the equalising goal and a red card that had always seemed like a pretty likely outcome from Southampton’s aggressive approach. By that point there were also serious doubts about whether Southampton could sustain such an approach for 90 minutes even with a full compliment. The red card focused their minds and made difficult decisions simple; it completely killed them dead as an attacking force but allowed them to hunker down and defend for their lives, which they did admirably. Southampton produced two very different but very worthy 45 minutes of football and will consider their point fair reward for that endeavour.

If the game becomes harder against 10 men, though, then you have to also look inward. Spurs did not play well in the second half, never truly looking comfortable trying to break down two banks of four who had now one clear purpose and 45 minutes to hold on. Conte’s Spurs are already better structured and braver than Mourinho’s, more creative and proactive than Nuno’s, but they remain a team whose greatest attacking threat comes when drawing an opposition on, pulling them out of shape and hitting on the counter. They are often quite happy to cede possession in pursuit of this task. In the second half here, that option was taken away from them. They would have the ball pretty much the whole time whether they liked it or not.

But there was also, inevitably, luck and here is where Spurs’ second slice of mitigation comes in. Once and only once in a tight and claustrophobic and vaguely chaotic second half did Spurs get one of their key players in behind Southampton’s defence, Harry Kane duly taking the chance smartly from a fine Harry Winks throughball. In real time and based on initial replays there appeared to be little to fear from a VAR offside check with Kane well behind the last defender, but some idiosyncratic line drawing produced the sort of offside call we’d hoped to move away from because they kept chalking off very good goals and prompted immensely dull discourse as well as adhering rigidly to a sense of what offside is or should be that nobody had ever considered before the boffins and their set squares came along.

Spurs had the ball in the net again soon after as the otherwise excellent Fraser Forster dropped a cross under minimal pressure from Matt Doherty and inadvertently diverted it into his own net. Immediately, two thoughts occurred. First, this is definitely a goal. Second, there is no chance it will be given. It was the very definition of One Of Those. If your team scores it, you’re aggrieved to see it chalked off on flimsy grounds. If your team concedes it, you’re aggrieved to see it given because goalkeepers nearly always get unwritten but very real “special treatment” in these circumstances.

That it followed so soon on the hugely debatable offside call only highlights the farcical sway that VAR can still wreak on a game. Mark Clattenburg on Amazon commentary reckoned there was nothing VAR could do to overturn the original on-field decision to award a foul because it was a marginal call. Yet a different element of VAR had just minutes earlier quite cheerfully disallowed a goal because if you draw lines in a certain way then Harry Kane’s armpit might be a millimetre offside and… I’ve already bored myself. There is no interesting conversation to be had about VAR, if there ever was. I’ve fallen into the trap.

What Spurs, however legitimate their grumbles, should have been good enough to do was render the officiating and discussion thereof irrelevant. They couldn’t do it. Too many of their chances fell to Matt Doherty, understandably brought on at half-time for an over-excited and yellow-carded Sergio Reguilon at half-time with the Spaniard looking a prime “levelling up the numbers” candidate. It was sensible and pragmatic management, but it robbed Spurs of their shape. While most of their attacks continued to come down that left-hand side, they were necessarily narrower with Doherty out there looking to cut inside. Maybe bringing Joe Rodon on and moving Ben Davies out wide would have been a better option given the minimal attacking threat now posed by the depleted Saints – it would at least have maintained Spurs’ shape and given them more hope of stretching the defence out of shape and creating the sort of space that proved so elusive in an increasingly frantic second half.

It was a game that highlights the limitations of xG without context as a means of judging a game. At no point in the second half as the xG climbed did you feel a Spurs winner was a certainty or that their approach was working. The big xG chances fell either to the wrong players or to a heavily crowded and marked Kane.

In some ways the biggest frustration for Conte and Spurs, who have seen so many of their games postponed, was the missed opportunity to close the gap on Arsenal. Spurs and Arsenal have arguably been the two clubs to benefit most from the covid postponements – Spurs by not playing and getting more time for Conte to work his magic, Arsenal by playing and picking up points when others are not. With the tables turned, Spurs could not take advantage.

There may have been elements of bad luck behind that, but this was still an opportunity missed.