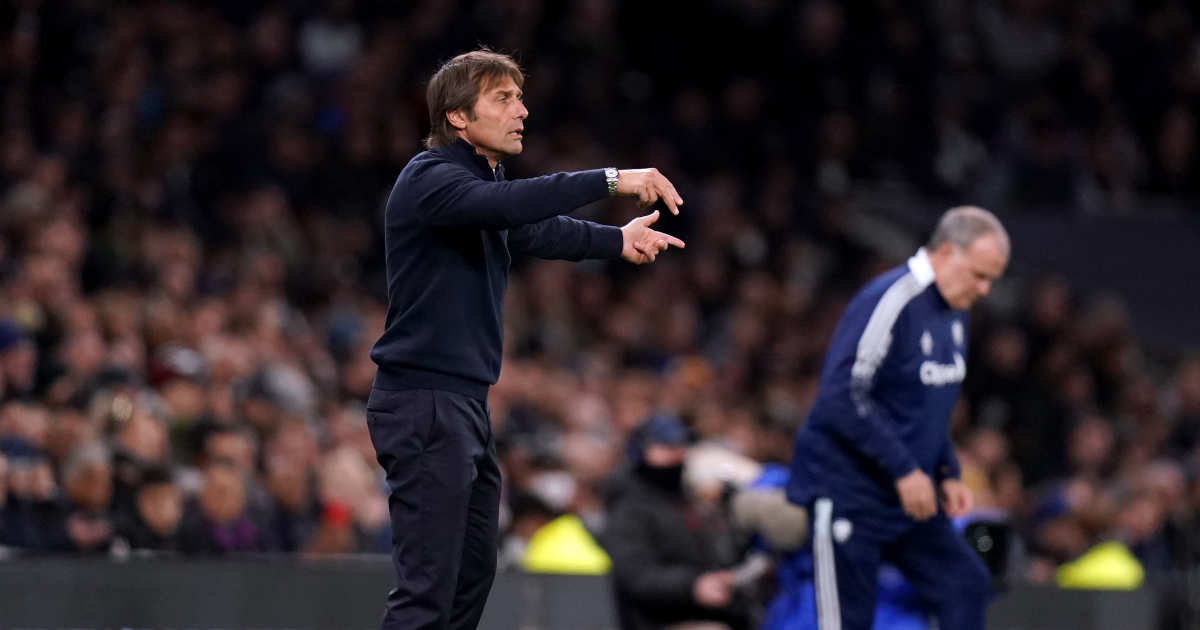 It was a game of two halves at The Tottenham Hotspur Stadium, and a strong second half from Spurs was enough to see off Leeds United.

Well, at least when the half-time whistle blew at The Tottenham Hotspur Stadium during the match between Spurs and Leeds United, there could be no doubt in Antonio Conte’s mind at the size of the task ahead of him. Conte’s home Premier League debut had been a curiously passionless affair to this point. Having already had a first home match against Vitesse in the Europa Conference League, a Premier League debut away to Everton and an international break, perhaps the timing of his appointment made this inevitable. In some respects it’s probably a good thing that the club were prevented by circumstance from having the welcoming party they’d have liked to hold, had the calendar not got in their way.

Spurs have improved little yet under Conte, and perhaps this is unsurprising. With the bulk of the squad jetting off around the world for the last couple of weeks, his training will have been interrupted, but even so Spurs looked ragged again against a Leeds United team who defied their league position and who, for 45 minutes at least, put in probably their best performance of the season. Leeds have been ravaged by injuries of late, but even though they aren’t quite out of those woods yet, the indications from this match were that they will only improve as more players return from injury.

Leeds controlled and cajoled, frustrated and foraged. Spurs looked leaden-footed by comparison, and particularly flat-footed when they tried – and singularly failed – to work their way into attacking positions. They seemed happy enough to sit back and control the game, waiting it out until the right moment to spring the Spurs defence presented itself. Even though their football was very good, they didn’t exactly create many chances of their own.

When that goal finally came, it was beautiful in its simplicity. Jack Harrison was too strong for Emerson Royal on the Leeds left and, having won the ball from him, dipped a perfectly weighted cross into the six-yard area for Daniel James to prod it over the line from close range. It was a beautifully worked move, a well-taken finish, and no less than Leeds United deserved for their first-half endeavours. When the half-time whistle blew four minutes later, a crescendo of boos rained down on the Spurs team, an increasingly familiar reaction to another disjointed 45 minutes of football.

But while it is much-derided as a cliche, football truly can be a game of two halves. We may reasonably assume that the half-time missile delivered to the Spurs players by Conte was set to ‘ballistic’, because their players came out for the second half with an apparently renewed look of determination in their eyes. Within 40 seconds of the restart, Lucas Moura had stabbed the ball through to Harry Kane whose low shot was pushed onto the base of the post by the Leeds goalkeeper Meslier, before Spurs had a penalty appeal turned down after Son went down, and Llorente deflected Moura’s cross against his own crossbar before Spurs levelled, when Moura’s drag back from the touchline was mishit into the corner of the goal by Pierre-Emile Hojberg.

It was a startling transformation. From three successive 45-minute periods without having a shot on target, Spurs started to pour forward and started to look more dangerous with every attack. They also seized on their luck when it presented itself. With just over 20 minutes to play, Eric Dier’s free-kick on the edge of the penalty area took a huge deflection and bounced out off the inside of the post. Sergio Reguilon was the first to react, stabbing the ball into the open goal while everybody else was still stuck in freeze frame.

But the transformation of Tottenham Hotspur blew a hole in Leeds’ optimism. If Spurs came out for the second half as though reinvigorated from being shouted at from close range, Leeds started to run out of energy as their opponents upped the tempo of the game. Their league position is horrendous, and they’ve been down there for a long time now, but they are surely better than being the fourth bottom team in the Premier League and will improve upon this result. But even though players have started returning and things are improving slightly, they still look some way off their full potential.

At the full-time whistle, Conte screamed and embraced, a breath of fresh air finally wafting through The Tottenham Hotspur Stadium after a long time away. This second-half comeback lifts them above Manchester United and into seventh place in the Premier League, now just four off a qualification place for next year’s Champions League. Just to even mention that would have seemed ridiculous just a few weeks ago. It still feels like a long shot, but if the Conte effect really is starting to take hold around the club, then it’s not beyond the realms of possibility. There are signs of life in this Spurs team again, and it’s been quite a while since anybody’s been able to say that.