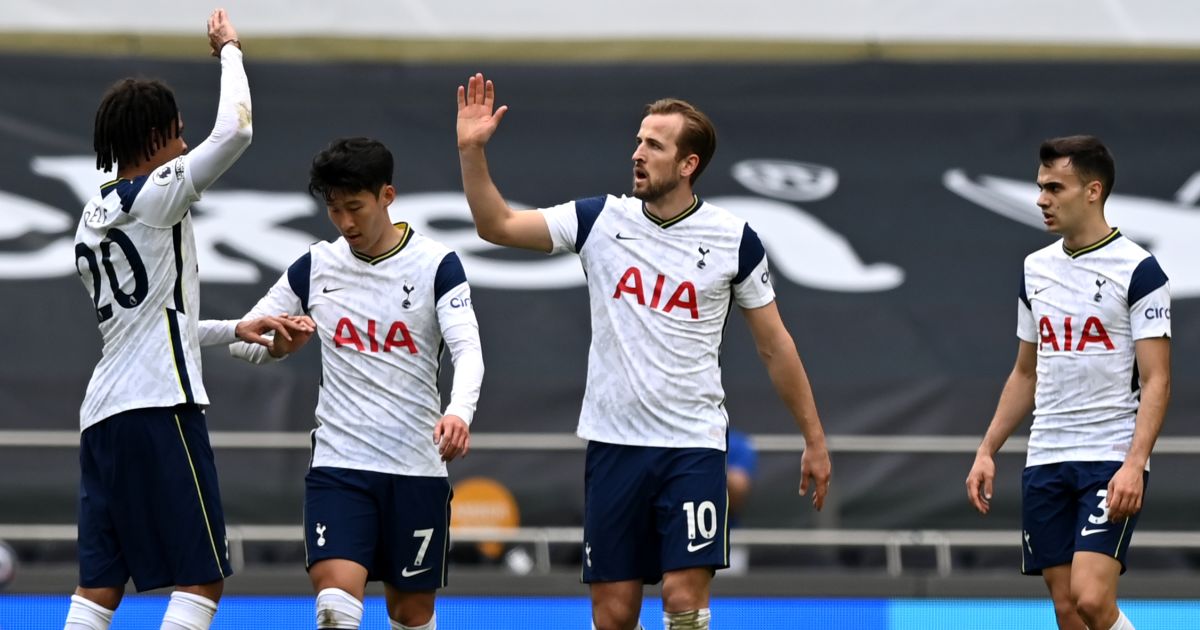 There are still a great many problems with this Spurs team, but at least it is now one that attempts to play to its strengths.

Today’s was as comfortable a 2-0 win as you could wish to see against a Wolves side who have had a low-key terrible season after back-to-back seventh-place finishes and today were almost entirely reliant on Conor Coady to keep the score respectable. A task he managed well enough to pick up man of the match from Gary Neville, who didn’t bear any grudges having been done dirty by (rightly) praising Coady’s “defensive masterclass” at the precise moment he made his one mistake of the game to allow Harry Kane to open the scoring on the stroke of half-time.

By that point he had already made 10 clearances – matching his career-high total for a full match. He ended the game with 13 clearances – two of them off the goalline – to go with two blocked shots. The error for the opening Spurs goal was disappointing, but ultimately a result of the sheer relentless workload.

Spurs weren’t brilliant – Neville’s description of Ryan Mason’s team as “a basic version of Pochettino’s” rings unavoidably true – but they were far too good for Wolves and far, far better both than their own notably dismal effort at Leeds last time out and most of what they served up under the little-lamented Jose Mourinho.

Whatever your views on the Portuguese, there can be no doubt now that his tactics were negligently bad and needlessly rigid for the squad at his disposal, and his failure to make meaningful use of the talents of Dele Alli and Gareth Bale in precisely these kinds of fixtures says far, far more about him than it does about them.

Spurs never gave Wolves any encouragement and, tellingly, had their very best spell of the game in the period from the start of the second half to the moment a second goal that had long looked certain finally arrived when Pierre-Emile Hojbjerg reacted fastest to turn home a loose ball. That was noteworthy for a couple of reasons. One, Hojbjerg has perhaps been the one player who could be said to have played conspicuously better under Mourinho than he had thus far under Mason; today marked a significant return to form that was rewarded with an assist and a goal. But the nature of the goal was revealing, too, Hojbjerg on the edge of the box during a Spurs attack and on the move forward to capitalise on the ball when it broke loose.

It was simply not a mindset he or Spurs adopted in these games under Mourinho. Spurs could have scored three or four times – two in the same move – in the opening 10 minutes of the second half as Dele and Bale enjoyed themselves immensely. There is a reasonable caveat to apply that this was only Wolves at home; but the counter is that Spurs have failed to win so many games like this one this season both home and away.

The defensive flaws remain, but they are better concealed by a team that attempts to play on the front foot as Spurs did throughout here. They weren’t that convincing about it in the first 30 minutes, but bar the odd menacing run from Adama Traore that approach still ensured there was little coming back the other way for Eric Dier or Toby Alderweireld to worry about.

This was another reminder that this remains a Spurs squad that a proper coach really could do great things with. The sight of Bale and Dele in particular revelling in the opportunity to play with freedom is a joy, but it does leave a nagging feeling about a wasted season. A top-six finish is now in Tottenham’s own hands, though, and if a clearly now happy and wholehearted Bale can be convinced to return next season and Harry Kane remains – reasonable-sized ‘ifs’ it should be acknowledged – then there is still the potential for good things to happen.

Wolves too are at a crossroads, but reasons for optimism appear harder to find. The transition to a back four and a different style of play has been painful this season, and they are now certain to finish in the bottom half. The reasons behind the change still appear sound enough, but there may be an element of sunk-cost stubbornness in sticking with it.

Spurs certainly look happier and better for abandoning their own painful experiment with Another Way, having racked up 24 attempts and 13 on target this afternoon. Both were higher than they ever managed under Mourinho.