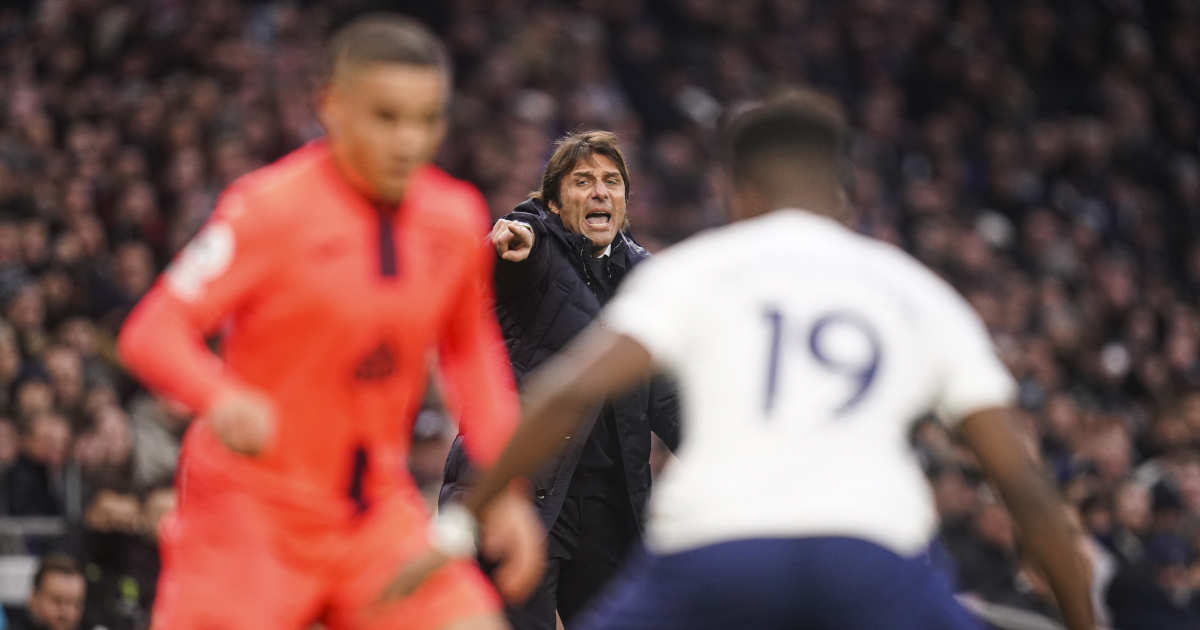 Spurs have found their squad ravaged by Covid-19, but is it reasonable to expect them to play on with the Omicron variant on the rise?

When the new Premier League season started in August, it was inevitable that we would end up in this scenario. New Covid variants were always likely, and the chance of clubs getting hit by outbreaks was similarly high. This week’s news of a Covid outbreak at Spurs shouldn’t particularly be a surprise to anybody, but football’s tendency to be reactive rather than pro-active in its rule-making seems to have played a role in making it so.

Spurs were due to play Stade Rennois in the Europa Conference League, and then Brighton in the Premier League on Sunday. The Rennes match has become something approaching Schrödinger’s football match. Spurs confirmed in a statement that they will not be playing due to the severity of their outbreak. At a remote press conference held the day before the match, a visibly shaken Antonio Conte confirmed that at least 13 people – eight players and five members of their coaching staff – have tested positive. It doesn’t seem safe for this match to go ahead.

UEFA’s rules on this seem tough, but at least they’re defined. Spurs would be expected to play against Rennes if they have 13 fit players, including a goalkeeper. But the night before the match, Rennes issued an angry public statement in which they claimed that Spurs were acting unilaterally and in bad faith by seeking a postponement of the match. They claimed that Spurs contacted them by email to confirm that the game was going ahead, and then changed their mind after the team’s flight landed in London. They also claimed that UEFA haven’t cancelled the match themselves.

Quite why Rennes are so vexed by this is something of a mystery. They’ve already qualified from the group as winners. It’s Spurs who, of the two teams, need a result from this match. They need a win to guarantee progress to the next round of the competition. But at the time of writing, there’s a curious stand-off going on. Spurs seem adamant that there is no way that they can play this match; Rennes appear just as adamant that they have to. As of the night before the match, UEFA have passed no comment on the matter. This an inconvenience for Rennes that is not of their making, and that is obviously extremely unfortunate, but there is no evident reason to believe that Spurs are up to anything nefarious.

But even the growing argument surrounding the Rennes match is only part of the problem. Spurs’ next match after this is due to be away to Brighton on Sunday afternoon, and this match is now in serious danger too. Unlike UEFA, the Premier League has opted not to have an agreed and open protocol for this situation.

The Premier League rulebook states that ‘permission will not be granted to postpone a league match where the applicant club has 14 or more players listed on its squad list available’, but Covid is treated differently; when it comes to the pandemic, clubs can apply for a postponement and the league’s board will then meet and make a decision based on medical evidence and other potential factors.

This fuzziness means that, although it is now widely presumed that this match will be called off, it is still not certain. It is understood that Spurs have made an application to the Premier League to get this match postponed. Somewhat ironically, the reaction in Sussex might be more sanguine than most people would expect.

Brighton may not have been hit by a Covid outbreak, but they do have nine players out injured, and it may well suit them to put this match back. Some might wonder why Spurs might have the option of getting this match postponed while Brighton don’t for nine injuries; the short answer to this is that a pulled hamstring isn’t highly transmissable to other people.

If anything, the idea of postponing matches should be more alarming for Spurs than Brighton. The unexpectedly inclement conditions of a couple of weeks ago forced the postponement of their Premier League match at Burnley, and that match will have to find a place in the schedule before the end of the season.

In addition, UEFA rules state that the group stages of the Europa Conference League have to be played by the end of December, and the available space over that three weeks is already extremely limited. Spurs already have six matches between December 19 and the third round of the FA Cup on January 8. Where are they supposed to fit in a rescheduled match against Rennes before the end of the year?

To a point, these circumstances are beyond the control of anybody within the game itself. There are a lot of factors behind why the virus goes where it goes, from blind luck to vaccine hesitancy, and making confident predictions about what will happen in the future has been a fool’s errand on repeated occasions.

But at the same time, medical experts were warning that the pandemic wasn’t just going to disappear with the arrival of vaccines at the end of last year, and it surprising that the Premier League’s protocol for such outbreaks is being decided on a case-by-case basis, with very few obvious indicators of what may or may not be enough to get a match called off. Arsenal had a Covid outbreak at the very start of this season with four players testing positive, for example, but this wasn’t enough to get their opening match at Brentford postponed.

So what is an ‘acceptable’ number of positive tests to get a match postponed? When Manchester City reported seven positive tests last December, it forced the cancellation of their match against Everton. Similarly, six positive tests were enough to force the postponement of a match between Fulham and Spurs. This lack of clarity and consistency feels like an oversight from the Premier League, especially when accusations that clubs are trying to game the system will start being thrown around as soon as there is an outbreak somewhere.

Almost two years after the pandemic first hit, the Premier League should have clear protocols in place beyond looking at them on a case-by-case basis. Four days after the Brighton match, Spurs are supposed to be travelling to Leicester City for another Premier League match. Is this match going to take place? It’s a question worth asking, because Leicester have had a sickness outbreak of their own, with seven players and three staff missing their Europa League trip to Napoli due to illness.

But the Premier League isn’t the only organisation which should be taking a long, hard look at itself over this. If vaccine hesitancy among players turns out to be a factor in this case, then there needs to be a conversation about how hard clubs have pushed for them to get their jabs. And the whole of the game should be looking at the decision to pack the schedule so tight when it was always possible that there could be postponements and cancellations. If there are issues with getting matches rescheduled when there is an outbreak, then both UEFA and the Premier League will need to look at some of their own scheduling decisions.

It’s still too early to say with any degree of confidence how the new Omnicron variant will manifest itself. But as ever, at a time of crisis, football’s apparently endless capacity for bad faith leaves a sour taste in the mouth. Arsenal fans on social media are claiming that they should have had their match cancelled in August. Rennes seem to be of the opinion that Spurs are trying to get some sort of competitive advantage, when it doesn’t seem obvious what advantage they could be taking. And in the meantime, the Spurs training ground is closed, and no-one knows exactly where this all ends. The game must go on, but the health of the public, including players and staff, has to come first.

Edit: After some considerable confusion first thing this morning, with contradictory reports in the media, it has now been confirmed that this match is now off.