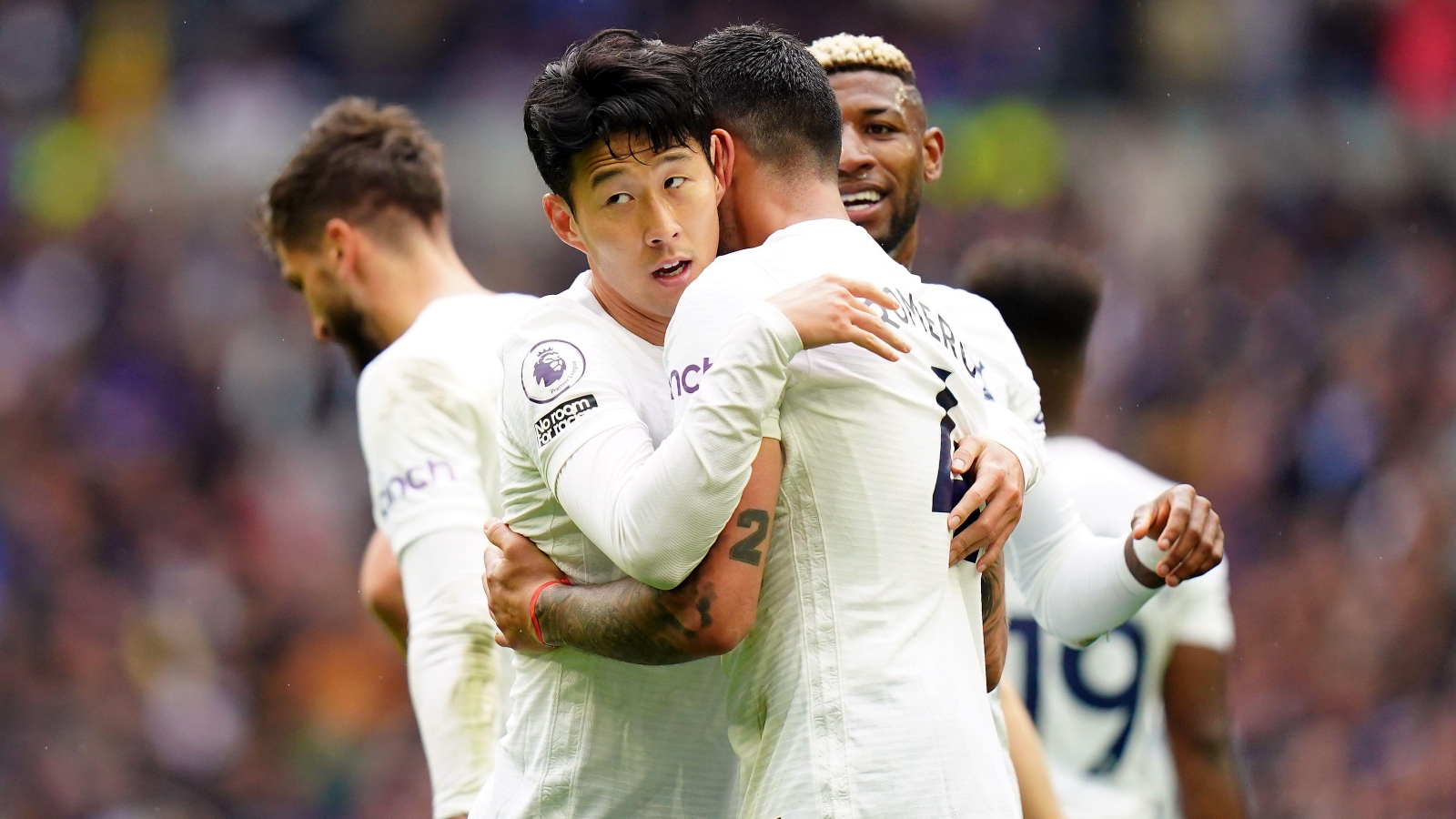 Spurs jumped back into fourth place and settled their nerves, but this was a win that owed a lot to the understated skill of one player.

The end of the season can be a time when the best-laid plans can start to look somewhat absurd. At the start of April, Tottenham Hotspur looked set fair for fourth place in the Premier League and a return to the Champions League. They’d won six of their seven previous matches, scoring 24 goals in the process, while Arsenal and Manchester United had both contrived to recall familiar insecurities to open a gap in the rails. A 5-1 win to put the dampers on the resurgency of Newcastle United at the start of April, coupled with Arsenal getting blown away at Crystal Palace, put Spurs in an unexpectedly secure position in fourth place in the table.

But Arsenal recovered. Wins against Chelsea and Manchester United restored the order that had been in place prior to their three-game losing blip, while Spurs followed their little goal spree by somehow forgetting to score in successive matches against Brighton and Brentford, taking one point and handing the initiative and momentum back to Arsenal. Chatter concerning Antonio Conte’s future with the club reignited with rumours that Mauricio Pochettino might be due to be sacked by PSG. Small wonder Spurs seem so jittery so much of the time, if there’s talk of the manager upping sticks and walking away every time they fail to win a match.

That nerviness was there against Leicester in the opening minutes. Ayoze Pérez had a shot deflected wide, Patson Daka hit the post with a 12-yard daisy cutter, and a low cross from Albrighton had to be desperately cleared by Sergio Romero, as Spurs fumbled an encouraging opening, allowing the visitors to dominate the early stages of the match. They even survived a penalty shout, when the ball appeared to hit Son Heung Min’s arm on the edge of the Spurs penalty area.

With 20 minutes played, it looked as though familiar demons were presenting themselves. Two minutes later, Spurs had the lead. Son Heung Min and Harry Kane remain the Premier League’s outstanding attacking duo, but on this occasion the opportunity was rather presented to them on a plate. Son’s corner from the right swung outwards, and Leicester’s defenders chose an inopportune moment to forget about Kane, who powered a header under Kasper Schmeichel and in, under absolutely no pressure whatsoever.

The goal didn’t seem to alter the tempo of the match. Spurs looked a little more confident having taken the lead, but Leicester continued to push and ask questions; any hope that their players might turn up with straw donkeys under their arms had been effectively silenced by the way they’d started the game. They pushed the ball around nicely and were nippy in the tackle, while Spurs, who’ve looked brittle all season, continued to look one touch of the ball from doing something calamitous.

But as the first half came to an end, it was some chaotic Leicester defending that almost gifted Spurs a second goal. A deep Rodrigo Bentancur ball from the left saw Schmeichel come too far for a ball that he was never going to get, collide with one of his own defenders and then going down injured in the apparent belief that his recklessness warranted a foul for his team. No free-kick was given, but Spurs were unable to do anything productive with the half-chance.

After ten minutes of the second half, Antonio Conte corrected his most surprising pre-match selection choice, bringing on Dejan Kulusevski to replace Lucas Moura, and the decision reaped its reward thanks to a combination of three of Spurs four stand-out players this season. A crunching tackle from Romero just inside the Leicester half won the ball, freeing the ball for Kulusevski on the right. He cut inside and fed the ball to Son, who was able to pivot onto his left foot and shoot across Schmeichel, rolling the ball into the corner of the goal to double the Spurs lead.

The second goal finally seemed to settle a few Spurs nerves. Leicester had cause to feel somewhat aggrieved by being two goals down following an hour’s football to which they had made a full contribution, but as ‘When the Spurs go marching in’ rang around The Tottenham Hotspur Stadium, the second goal seemed to loosen limbs and inject an extra yard of pace into Spurs legs. And with 12 minutes to play, Kulusevski rolled the ball inside to Son, who almost absent-mindedly pinged a curling shot around Schemichel and into the top corner to put the result beyond any reasonable doubt, a late consolation goal from Kelechi Iheanacho, thirty seconds into stoppage-time, nothwithstanding. It was Leicester’s second attempt on goal of the second half; the first had come two minutes earlier.

This seems to be the space within which Spurs exist. They have a small number of genuinely world-class players, and if those players are on their game, the moments which they are capable of providing will usually be enough to get them over the line. On this occasion it was the turn of Son Heung Min, a player who has mastered the art of getting the simple things right every time, and who has both the physical presence and the intelligence to be able to spot opportunities at a couple of steps removed, to provide the masterclass.

Even when doing something that you can see is an extraordinary moment of skill and vision, his gait just makes it look… effortless. Those sudden bursts of pace. That apparent extra-sensory perception, when looking for an angle. It is surprising that any player could remain underrated in the current Premier League, but somehow he manages it, and perhaps that suits both him and Harry Kane. Kane is the England captain, a position that brings the limelight, whether he wants it or not. Son Heung-min continues to almost play in the shadows, but in those shadows he has matured into one of the finest attacking players in the league. It might even be enough to get Spurs back into the Champions League, even though the rest of the team can look so brittle at times, as though they might just snap in half at any moment.