Home Tottenham Hotspur Where are Spurs and what has Conte done with them? 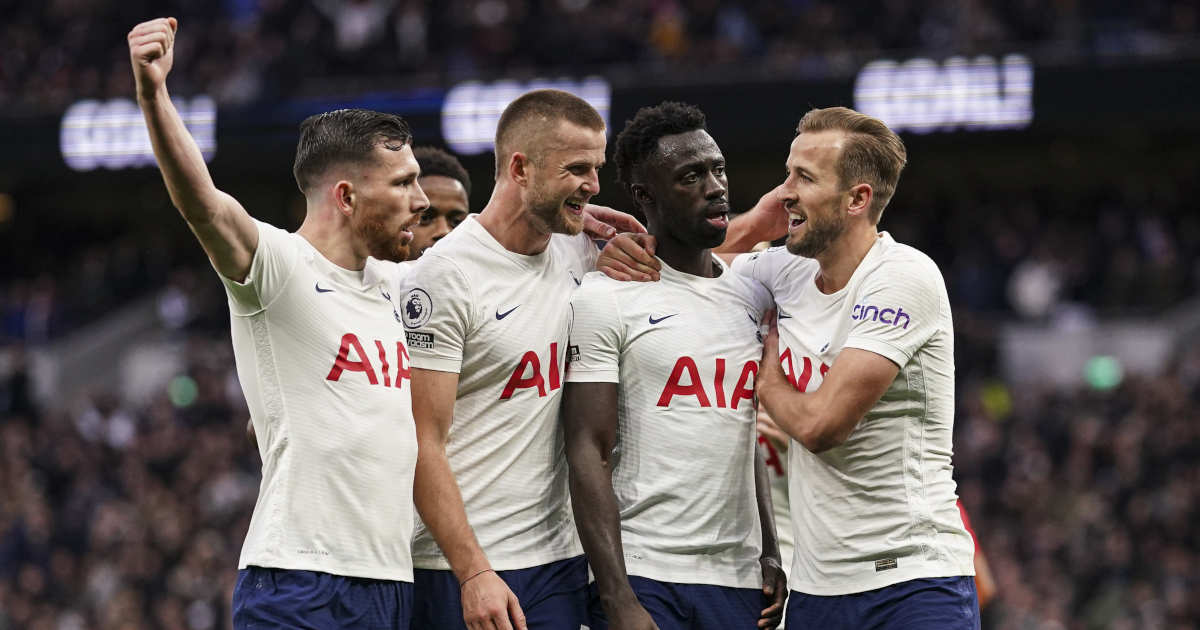 Spurs beat Norwich without any fuss, but winning this way is a habit that they’d lost and proof that Antonio Conte’s system is working.

On the one hand, it was exactly what most would have expected. Tottenham Hotspur’s 3-0 win against Norwich City was no surprise, a comfortable win for a team with aspirations of Champions League football against one with dwindling aspirations of Premier League football. But on the other, this lack of surprise says something about the transformative effect that Antonio Conte may be having on Spurs, because under his predecessor things quickly were so unstable that such results could not be taken for granted.

Received wisdom is already telling us that three of next year’s four Champions League places have already been claimed by Manchester City, Chelsea and Liverpool, and as per every season since it was decided that there was a ‘Big Six’ in the Premier League, the numbers don’t add up. Four into six simply does not go so – presuming that none of the aforementioned top three significantly falter – at least two of Arsenal, Spurs and Manchester United are going to miss out on UEFA’s premier club competition next season, and that’s before we factor in this season’s disruptors, West Ham United.

Antonio Conte has now been the Spurs manager for four matches and has taken ten points. The opposition for these matches – Everton, Leeds United, Brentford and Norwich City – might have been somewhat moderate, but such was the mess at the time of his arrival that winning against any opposition had become far from guaranteed. But Spurs’ performances have improved steadily over each of those matches, from a tetchy and attritional performance against Everton at Goodison Park to solid and drama-free wins against Brentford and Norwich.

And while Norwich City landed at The Tottenham Hotspur Stadium in bottom place, Norwich are another club who chose to shuffle their managerial hand early and are reaping rewards. They may have been propping up the rest, but they were also unbeaten in their last four matches. Talk of them matching Derby County’s infamous 2007/08 points tally or worse has evaporated since Dean Smith arrived at Carrow Road and shook some life into the team. But if this match was a potential banana skin, Spurs negotiated it without too much difficulty, and a 3-0 win lifted them back to fifth place in the table, maintaining their narrow advantage over Manchester United and – albeit probably temporarily – Arsenal.

But Spurs supporters are having to get used to post-match reflections of their performances not quickly becoming inquests. Oliver Skipp, a product of the academy who has almost visibly grown as a player since Conte’s arrival, was masterful in midfield, while Davinson Sanchez and Ben Davies played as though they finally understood what their defensive set-up was supposed to be (Davies in particular looked so much more comfortable on the left side of a back three – the position he’s played in for Wales for some time – that it looks a little as though the time he spent at left-back in a back four was somewhat wasted), and Lucas Moura, a brilliantly talented player in fits and starts who is hitting more targets than he’s missing at the moment, settled any Spurs nerves with a superb opening goal.

There remain one or two questions, of course. Harry Kane still isn’t scoring in the Premier League, but this is starting to look more like a blip than a serious long-term downturn. His performances against Brentford and Norwich were encouraging, and it matters somewhat less if goals aren’t flowing from him if they’re coming from other players. Lucas Moura and Son Heung Min both scored on Sunday, and having three attacking players who carry a threat gives Conte a broad range of goalscoring options, which is a healthier position than an over-dependence on the England captain for goals.

Banter merchants may well be satiated by saying ‘Hur hur, should have sold him to City when they had the chance’, but it seems doubtful that Conte will be too distracted by anything but the fact that the wins have started to flow again. Norwich might have made for more obdurate opponents had Teemu Pukki converted a third-minute chance that he really should have scored. And the defeat to NŠ Mura in the Europa Conference League was straight of the recent Big Book of Spursiness playbook which has become so familiar again over the last two or three seasons. If Spurs’ interest in surging back towards the Champions League places is to be any more than a fleeting fancy, they’re going to have to repeat these increasingly solid performances against better opponents than Everton, Leeds, Brentford and Norwich.

The competition for that final Champions League place remains increasingly formidable. Arsenal’s process has started reaping rewards, and although their recent performances at Liverpool and Manchester United were less than stellar, they remain a very different team to that which started the season as feebly as they did. Manchester United are only just embarking on their Rangnicklution, but they’ve been on an upswing since jettisoning Ole Gunnar Solskjaer and seem likely to improve further. And West Ham United’s performance against Chelsea quietened those who’d assumed that their recent three-game run without a win would herald the beginning of a plummet down the table.

But it looks as though there’s a plan. The team is playing with purpose, and confidence seems to be growing among the players. The defence is looking more solid and goals are starting to flow again. Spurs will face far bigger tests, but they’ve put themselves back in a position to be able to challenge for a top-four place, and that would have felt pretty much inconceivable just a few weeks ago. After the last couple of seasons at The Tottenham Hotspur Stadium, it feels very much like the progress that they brought Conte in to achieve.