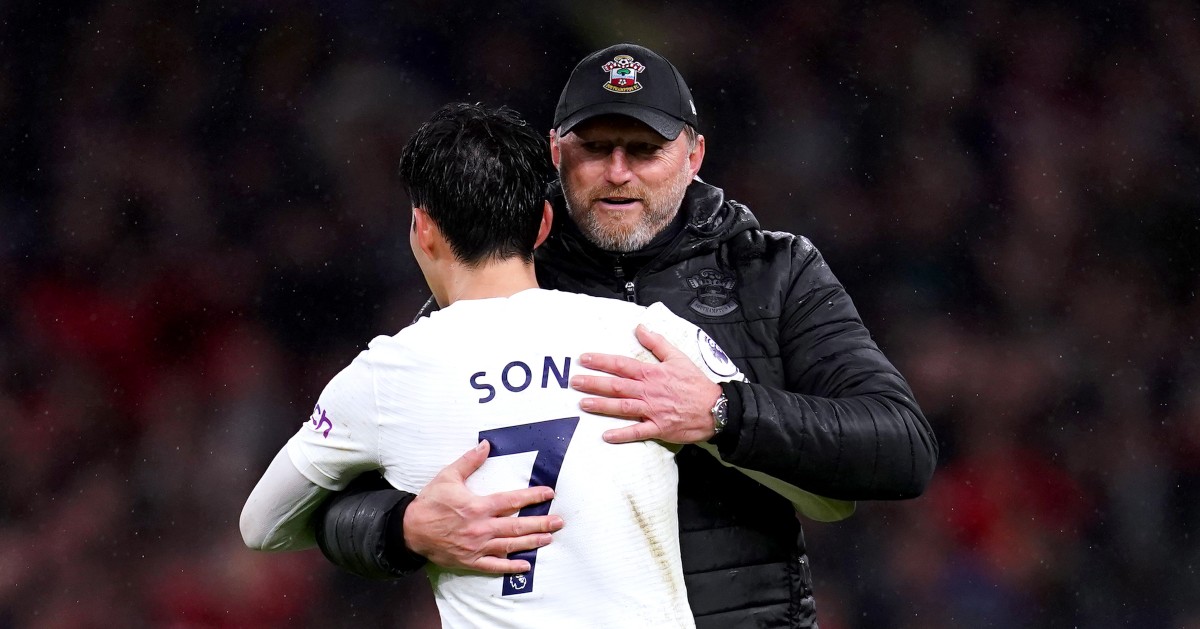 Southampton were excellent and fully deserving of victory at Spurs. Ralph Hasenhuttl is working his magic at St Mary’s amid talk of retirement.

It is somehow only three weeks since Tottenham expunged their history and eradicated their reputation against Leicester. Steven Bergwijn took just 80 seconds to dismantle the idea of a cursed club with an overriding, generation-hopping penchant for shooting itself in the collective foot at the King Power Stadium; the proof that Antonio Conte had achieved the impossible and undone decades of self-sabotage was irresistible.

Tottenham meticulously dismantled that idea on their own turf on Wednesday as Southampton did in 136 seconds what Spurs had inflicted upon Leicester in little more than a minute last month. Such was their commitment to the theme that Bergwijn even popped up with another delirious stoppage-time equaliser, only for it to be ruled out for offside.

That would have been a point the hosts scarcely deserved. Southampton were imperious throughout, daring as ever in their approach and drilled to phenomenal effect. They committed numbers forward at every opportunity, pressed relentlessly and created panic in the opposition defence. Ralph Hasenhuttl knew his method would theoretically leave gaps for Tottenham to exploit but it was striking just how little that happened in practice.

While the Saints manager played down his recent comments about retirement upon the expiration of his current contract in 2024, it raised the genuine possibility that a 54-year-old who pours his very soul into the game might step away soon. There were no such touchline tears that marked victory over Liverpool around this time last year, but Hasenhuttl wore his emotions proudly during a pulsating match and gave Conte more than a run for his considerable money.

Something’s changed. The mentality is different. Everything is now clicking and this squad is performing. Ralph Hasenhuttl has built this squad off absolutely nothing. That’s an unbelievable achievement, who knows where he can take us in the coming years. #SaintsFC

The work Hasenhuttl has overseen at St Mary’s is remarkable. They are a stunning unit, from a defence marshalled commandingly by Mohammed Salisu to that brilliant and efficient midfield pairing of James Ward-Prowse and Oriol Romeu. Armando Broja is a charmingly unpolished but bursting talent up front in a side littered with understated quality. The coach that brings it all together deserves more credit but perhaps Hasenhuttl is a victim of longevity: he is the 16th longest-serving coach in the English football pyramid, has the fourth-longest current uninterrupted Premier League reign and is the most-tenured Southampton manager in terms of games since 1991. Familiarity, in this case, has bred not contempt but certainly relative neglect.

That effect has not taken hold through his squad – that should be noted. Southampton players clearly still believe in his vision and hear that same voice that has echoed through the dressing room since December 2018. This win from behind echoed one by the same scoreline and in similar circumstances against West Ham on Boxing Day, with that impressive draw at home to Manchester City wedged in between. They are up to tenth and that is some accomplishment.

Ward-Prowse revelled in the time and space normally only afforded to him in open play, dictating from midfield and providing incredibly similar crosses from the right-hand side to assist both Mohamed Elyounoussi’s equaliser and the winner from Che Adams. Broja battled for 90 minutes, tormenting Davinson Sanchez and Cristian Romero. Southampton had 23 shots to the eight mustered by their hosts.

As for Tottenham, this was another step back into a skin they were thought to have shed. Defeat to Chelsea at Stamford Bridge was insipid and almost expected but this was an alarming display comprised equally of nerves and sloppiness. It is even more frustrating that their two goals bore such stylistic similarities: a forward dropping deep on the right, slipping a through ball into a runner behind and a low first-time cross being finished. Therein lay justification of work done on the training ground as those moves were not by accident. Yet that is undermined by an inherent fallibility behind an improved front three.

Perhaps the north Londoners should be more saddened than most at the prospect of Hasenhuttl walking away in two years. He had already shown more than enough to suggest he warrants that sort of step up long before this inspired victory – and it is only so long before Conte realises this isn’t worth the hassle.