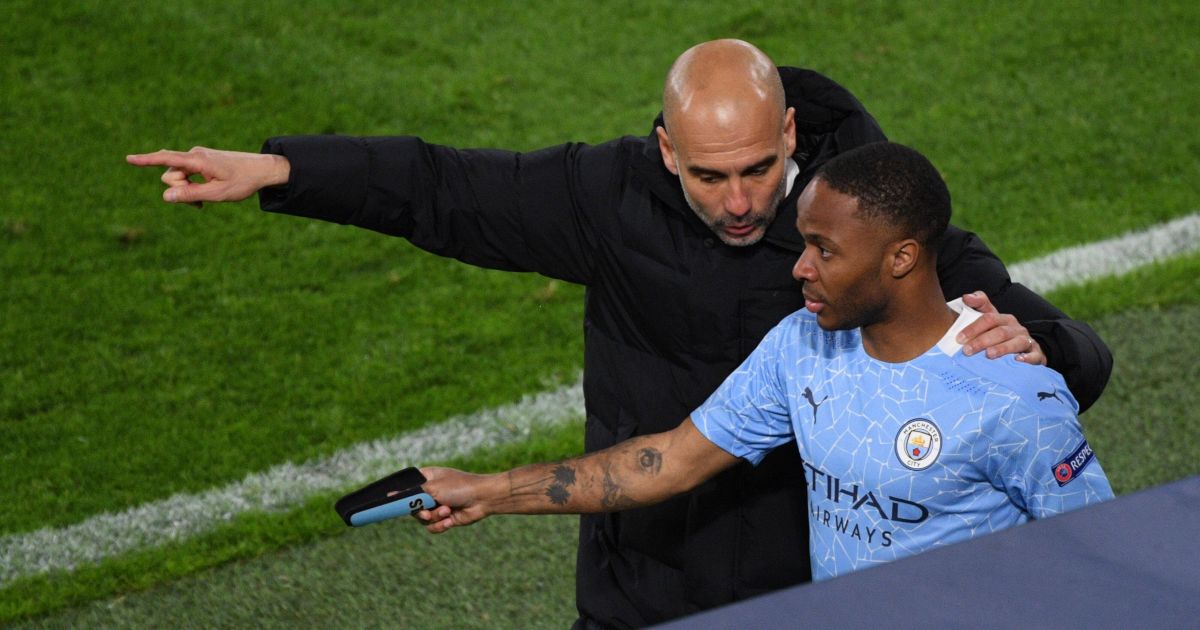 Raheem Sterling is no stranger to goal droughts. Pep Guardiola’s faith has been reinforced by barren runs before. But this one is different.

“It happens,” was the simple response from Raheem Sterling. Two little words cut through the critics and the doubters as effectively as that trademark mechanical Manchester City move he would typically finish from six yards at the back post. It would have been only human to allow uncertainty and anxiety to creep in, but his faith rarely does seem to waver.

The question came in the midst of an 11-game run without scoring. Manchester City had stabilised a stuttering season, winning the League Cup, securing a first-leg advantage against Real Madrid in the Champions League knockout stages and reaching the FA Cup quarter-finals before the pause. A fresher Sterling scored 11 goals in 13 games upon the restart but missing an open net with five minutes remaining at 2-1 down to Lyon in August seemed to sum up the campaign of a player constantly doing everything right until the lottery of a final touch. It happens.

In his particular case those are two words often worth repeating. For a non-striker with 150 career goals by the age of 26, he has embarked on more than his fair share of barren runs. Manchester City target Erling Haaland was said to have ended his own drought at the weekend; how Sterling might wish to only go four games for club and three for country between scoring.

Since moving to the Etihad almost six years ago he has gone 12 games without a goal on three separate occasions (September-December 2016; March-May 2017; December 2019-June 2020) and 11 consecutive fixtures without scoring once (March-August 2016). His current nine matches since netting the winner against Arsenal in February is no cause for comparative concern. This is someone who runs hot and cold, who plays – or at least produces – in fits and bursts.

As Sterling himself says, it happens.

But this feels different. The underlying issues are more deep-rooted. The problems are less superficial. Sterling ordinarily counters these droughts with excellent performances to the benefit of the team. Right now even goals would struggle to mask and detract from how poorly he is playing.

There were times against Chelsea when he was actively detrimental to an already below-par team display. No player was dispossessed more often and at one stage Phil Foden, six years his junior, berated Sterling for an overhit pass. Those moments are almost always interpreted too readily as a sign of leadership and maturity instead of a basic tenet of team sport but as players in direct competition for one particular starting place on the left of the attack, it was a pertinent reminder that the master might already have been usurped by the apprentice.

That certainly seems to be the case in the mind of Pep Guardiola, whose handling of Foden has been impeccable from the start. Player and coach have developed a relationship founded on mutual trust, respect and affinity. The celebration that followed the second goal against Borussia Dortmund at the Westfalenstadion last week was no mistake.

Sterling once had that bond with the Spaniard but something has changed. During his barren run this time last year, Guardiola pointed out that the winger had “defended brilliantly” in a recent game “and had clear chances that no other player can create for themselves” to leave him “more than delighted”.

“The people with statistics with goals and assists say it has been a month but I am not judging Raheem just for that,” he added. “It is important but not the only thing.”

Little over 12 months later, “the trust with Raheem is intact” but the defence is far less convincing or vociferous. Sterling has started three of the last ten Premier and Champions League games for a reason. Guardiola knows such droughts are only natural at any level; he is far less forgiving when the drop in goals is matched with a dip in overall contribution. If anything he admires those who continue to perfect the basics while struggling for goals, so difficult it often is to maintain that focus and determination to carry out the team’s objectives under intense individual scrutiny.

Sterling once thrived in those situations. He knew the goals would come eventually but they were secondary to the bigger picture of his defensive responsibilities, his tireless work off the ball, his movement, his runs, his sacrifice. Failing to score? It happens. And certainly on a regular enough basis to be unremarkable. But failing to tick those boxes as a minimum should not, especially when others better at striking that balance have emerged.