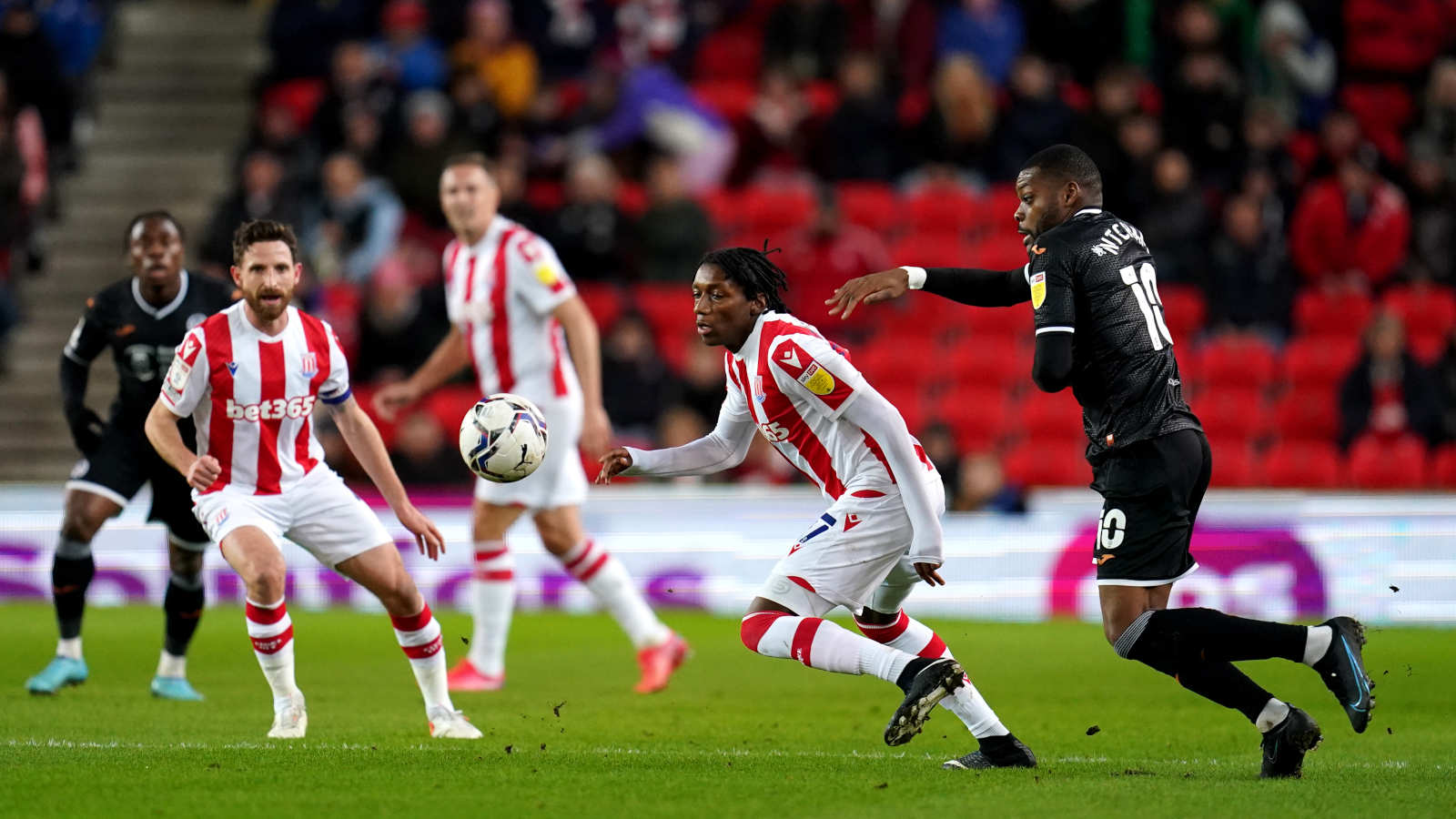 These last few years haven’t been an easy time to be a Stoke City supporter. It’s been six years since the club last finished in the top half of a league table, and relegation from the Premier League in 2018 has been followed by three anonymous seasons in the Championship during which they’ve failed to finish above 14th place, and despite a strong start to this season – they lost just two of their first 11 matches, a run which saw them head towards the division’s promotion places – they’ve slumped since then, and are back to occupying a place in lower mid-table again.

Brows often become furrowed when a smaller but well-established club loses its Premier League place; clubs with relatively low income from ticket sales and commercial revenues but which are dependent on Premier League television and prize money are often ill-equipped for the cold shower that comes with relegation from the top flight. Stoke’s relegation came after ten years of Premier League football, but their owners have shielded them from the worst effects of this demotion.

The last set of available accounts, for the 2019/20 season (PDF), showed just what a pickle their financial circumstances had become upon relegation from the Premier League. The club’s pre-tax losses had grown by £15.4m to £88.4m (the biggest loss reported by a Championship club that season), with wages only cut by £3.4m over the same period and a lower parachute payment for their second season back reducing their broadcasting revenue for the year from £51m to £31m. The company accounts covering the 2020/21 season, during which fans weren’t allowed into matches, are due with Companies House by the end of May.

It’s the relative proximity of those accounts that probably informs the recent flurry of activity surrounding the club’s finances. The club changed its constitution to allow the owners to invest more money, increasing the maximum number of shares in the company from 10 million, and confirmed the sale of its ground to Bet365, following a pattern set by others in the division such as Sheffield Wednesday, Derby County, Reading and Birmingham City. This is a one-off deal that can reduce a club’s losses on paper, and the documentation confirmed that this was carried out on May 25 2021, five weeks before new EFL rules banning such sales came into effect.

The specific reason for the increase in shares has now become evident, with a further announcement from the club regarding its financial position. The owners, who were owed £170m by the club from interest-free loans that they have been putting in to keep Stoke afloat, have now converted £40million of shareholder loans into equity in Stoke City Holdings Limited while also waiving £120million of shareholder loans.

Now that this is complete, further work on the club’s infrastructure is due to begin with a £20m, five-year-long refit, which will start this summer with the installation of 8,400 new seats (to replace existing ones rather than add capacity, to be clear), the renovation of a bar, the installation of new toilet facilities in two of the stands, refurbishment of the Players’ and Stanley Matthews Lounges, and the installation of a new synthetic, all-weather pitch at the club’s Clayton Wood training ground and academy.

There can be little doubting the dedication of the Coates family to Stoke City, and it’s fair to say that the club’s position would likely be considerably bleaker, were it not for their munificence. But it should also be clear, after four years treading water in the Championship, that the club could do with a change of direction. Manager Michael O’Neill has (somewhat surprisingly, given the trigger-happy nature of most modern football club owners and Stoke’s tepid form) been in place since November 2019, but O’Neill has a Masters degree in Sports Directorship, and it’s fair to ask whether a move upstairs for O’Neill and a fresh start under a new manager might do them good.

Stoke City were caught in what might have been a perfect storm, relegated from the Premier League 18 months before the pandemic, and it’s not difficult to imagine a very different future, quite possibly with them ending up in a similar pickle to, say, Derby County or Birmingham City. It would be a stretch to say that they have successfully negotiated their return to the EFL. Combined losses of more than £170m are, put simply, not what success looks like, while the amount of time that the club has spent seriously challenging for a return to the Premier League has been practically non-existent.

The gossip machine has been turning this week, and the manager connected with Stoke by the rumour mill has been Wayne Rooney. Rooney has garnered considerable praise this season for the way in which he has tried to navigate Derby County through the choppiest waters imaginable, but it’s starting to look as though Derby aren’t going to quite have enough about them to stay in the Championship this season. With the club’s administration and ownership saga still not complete, it’s not difficult to imagine that Rooney might think that he’s done as much as he can, even though he has already shown loyalty above and beyond the call of duty by staying there in the first place.

But it would be a huge risk. Expectation levels would likely be extremely high, and Stoke’s team does seem to still need work. But if Rooney can carry over the experience from his time at Derby, who knows what he might be able to manage at a club where the owners actually seem to care about the fortunes of the team on the pitch? Interestingly, the reaction of supporters to news of this story emerging has been mixed.

The Coates family may have put a lot of money into Stoke City, but this shouldn’t render them immune from criticism. There have clearly been mis-steps under their ownership – the club wouldn’t be in the position in which it now finds itself otherwise – and the model that Stoke follow is financially unsustainable without them continuing to shovel money into the club with no guarantees of success. A change of direction is always a risk, but it’s clear that the model of the last four seasons hasn’t been working.

And the conversion of debt into shares may just as easily be considered an admission that the money poured into the club cannot ever be recovered as it might be considered an act of generosity. With this money spent and their Premier League parachute money now a rapidly fading memory, Stoke will arrive at the end of this season at a crossroads. Having their debts to their owners written down was a £170m gamble that didn’t quite pay off. At least they didn’t pay a heavier price.