Home F365 Says To succeed at Leeds, Marsch must first avoid being a punchline 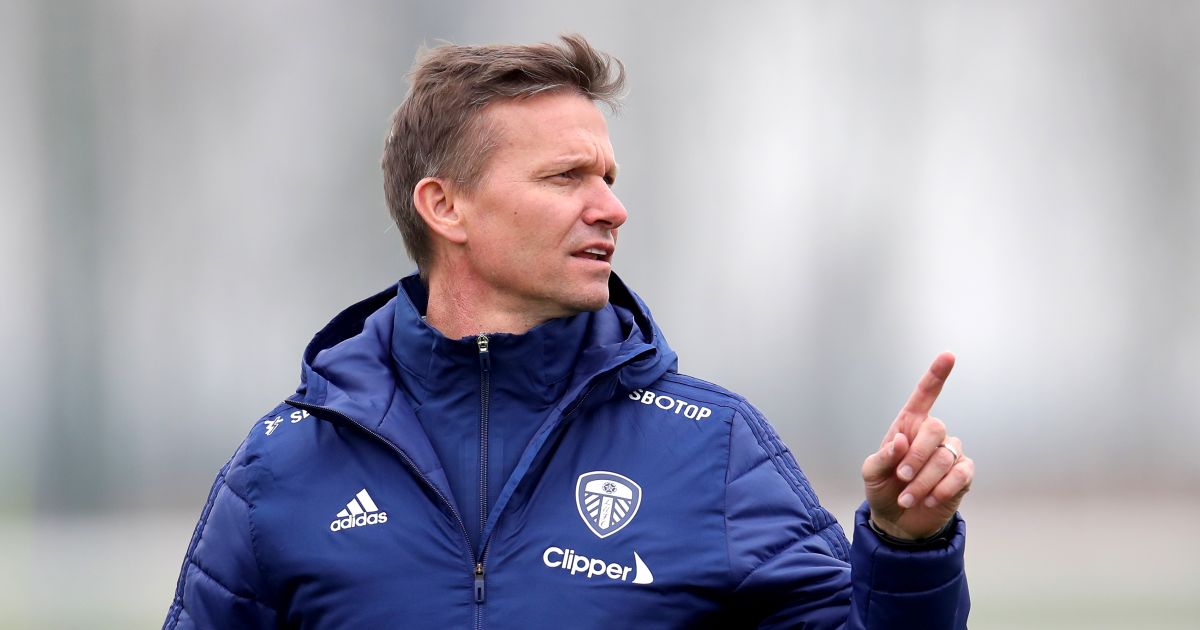 “I think there’s probably a stigma. I’m not sure ‘Ted Lasso’ helped. I haven’t watched the show, but I get it.”

Jesse Marsch at least knows what he’s about to face as an American coach daring to work in the Premier League. You don’t have to have seen Ted Lasso to understand the notion underpinning the comedic premise. An American! Coaching an English football team! Or should that be soccer?! Hahaha! That’s what they call it, isn’t it? The Americans. They just don’t get it, do they? With their insular, inward-looking sports.

We’d never have that kind of caper over here. English football would absolutely never venerate some vague, unquantifiable Britishness over literally any other qualification.

Which only adds to Marsch’s problems. He’s the very worst kind of foreign. Doesn’t only not know the league, but is from a country that doesn’t even know the sport! (If you ignore quite literally loads of evidence, obviously.)

English football’s relationship with Americanness is, slowly, evolving. Goalkeepers, for instance, have long been accepted thanks to Your Friedels, Your Kellers, Your Guzans – the Tim Howards of This World. Outfield players are still a bit of a novelty but no longer inherently a talking point, even at a superclub like Chelsea as long as you have a European-sounding name, arrived from Dortmund and the sort of people who might care can easily forget/never realise you’re American.

It’s far harder for a manager. It’s the last great taboo. An American in charge of a Premier League football club. The last/only one to have a crack was Bob Bradley. Unfortunately for Swansea and prospective American coaches, he was rubbish. But it was also not the point. Here was a man who had coached around the world, but arrived in England and was mercilessly judged for saying “PK” and “road game” in a post-match interview.

He was doomed from that moment. Despite eloquent attempts to explain himself, despite pointing out that he had once confused French journalists by referring to a “clean sheet”, that different things have different names everywhere and that “PK” and “road game” were hardly untranslatably opaque. No matter how wilfully, performatively hard you try, it is impossible not to immediately know what “road game” means even without a shred of context.

But Bradley’s problems ran deeper. The fact he was appointed by Swansea’s American owners meant he was double tainted from the word go. Not just an American coach, but in the eyes of his pre-judging critics appointed specifically because he was an American coach.

But the bad faith nature of the campaign against him is exacerbated rather than lessened by his struggles at Swansea. The fact his results were plenty catastrophic enough meant that there was no need to go after his Americanisms.

The usual Twitter accounts all filled their boots, predictably, while Soccer AM – a deeply tiresome programme that thinking about it has a pretty interesting name given the Venn Diagram of people who enjoy it and also care about people calling football “soccer” is basically a circle – had their Brad Bobley character which lasted far longer than Bradley’s Swansea reign.

Clearly, Bradley could have done more to help himself. He was entitled to think he might be judged on his record but smart and savvy enough about European football to know what he was walking into.

Marsch is clearly aware of this. He makes a near-sarcastic point of always calling it football and is clearly primed for a string of Lasso references.

But like Bradley, his appointment is a gamble and there’s no use trying to ignore the fact he’s American. It is undeniably a factor and he does have a faintly idealistic air with his previous talk of improving people and putting the process ahead of results precisely the sort of chatter that anyone would struggle to get away with in the heat of a relegation battle but that someone with an American accent definitely won’t.

Marsch himself knows this isn’t like his previous jobs. Anything else he might want to put in place at Leeds is secondary right now to the urgent matter of avoiding relegation, which has becoming an alarmingly real possibility over recent weeks.

The fact he follows Marcelo Bielsa could work either way for Marsch. While he was beloved by Leeds fans he was also viewed sceptically by PFMs who would have called him a hipster cause celebre if that in itself didn’t sound suspiciously foreign. Hipsters are definitely worse than Americans in the PFM rankings, so that might go in his favour. A bit of PK is less weird than squatting on the touchline or wandering around Wetherby.

Supporters should get together and buy the Costa Coffee Wetherby franchise. Decorate it in Bielsa paraphernalia and make an annual pilgrimage from ER to it each year, bare-footed. #lufc

But the main thing that might help Leeds be markedly less rubbish would be the returns of Patrick Bamford and Kalvin Phillips. Marsch may well get the benefit of that pretty soon, but so too would have Bielsa. He will have to offer something different.

Again, he seems to get this.

“It’s important being secure with the fact that predecessors did a lot of things well – understanding the things he did well and staying true to some of those things, but also that I don’t have to be Marcelo Bielsa. I have to be me. I am different and I am my own person.”

It won’t be enough on its own, though. More than being different to Bielsa, he must be different to previous American coaches both real and fictitious. He expanded on his philosophy during his first Leeds press conference, and realised in so doing the problems he could face.

“All I can say is the only way I know how to do things is to go all-in and to give everything I have, to believe in who I am, to believe in the people that I work with and try to maximize what we are every day. And I find that if you do that then you can be incredibly surprised with the human spirit and what you can achieve.

“So, that sounds like Ted Lasso, from what I’ve heard.”

Marsch is a fascinating appointment but has plenty to overcome above and beyond the clear and present crisis at Leeds. If it feels like a gamble for club and manager, that’s because it is, but at the same time you can see exactly why both have gone for it.

It feels like it ends with Marsch leading Leeds into Europe or sacked with the club in the bottom three of the Championship and absolutely nothing in between.

The first thing he has to do, though, is avoid becoming the punchline.