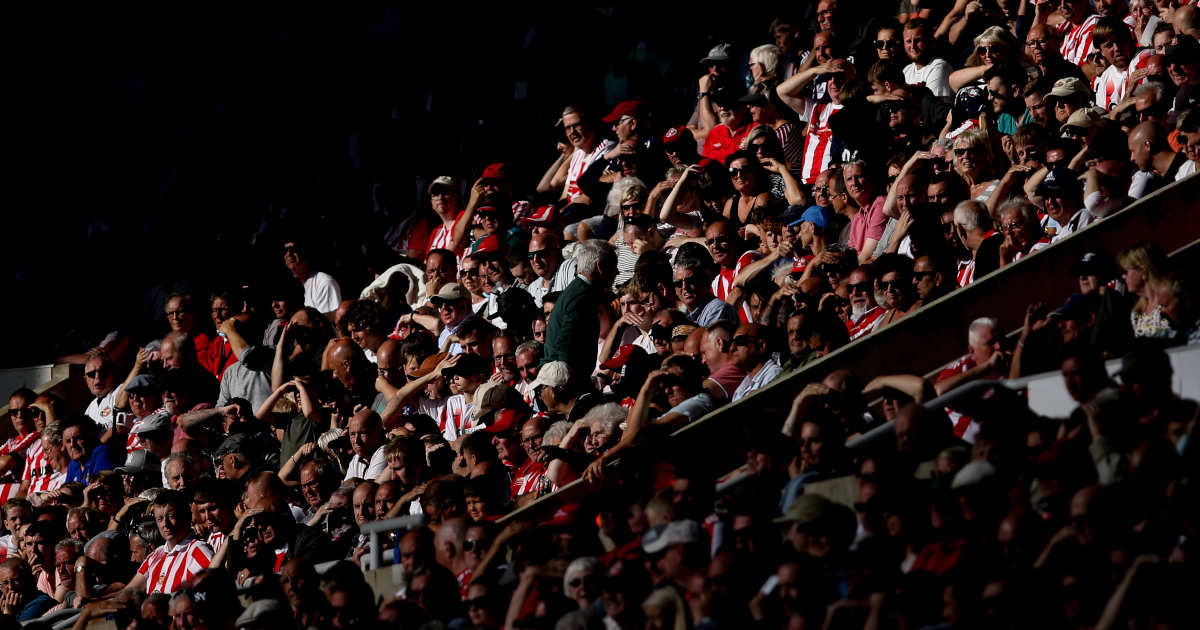 Sunderland are top of League One and their new owner is making the right choices. Age and nationality don’t have to be important for owners to succeed.

Everybody had their favourite scenes from the excellent Netflix fly on the wall documentary Sunderland Til I Die over the course of its two series, but perhaps the most instructive of all came with those filmed on transfer deadline day at the end of January 2019. Following two successive relegations, Sunderland were labouring in their attempts to get promoted back into the Championship but scoring goals was proving a problem with, as the transfer window closing, the team having failed to score more than once in a game since the middle of December and having drawn four of their previous five games 1-1, a run which had dropped them from the automatic promotion places.

With six days to go before the end of the month, Sunderland need two attacking players, and after having apparently settled on him after watching YouTube videos of Wigan fans singing his name, they decide to push on to sign Will Grigg. What happens next is an object lesson in the madness of football management. Cutaways of Jack Ross show the manager explaining that the January window needs to be carefully planned while the owners panic, having promised to bring in two attackers for a team that is struggling in front of goal. Bids for Grigg are repeatedly rejected by Wigan Athletic, who are clearly fully aware of how desperate Sunderland are to land him.

With the pressure building from all sides, chairman Stewart Donald offers £1.25m (when they’ve already been quoted £2m), and Ross tells him unequivocably that Grigg is not worth a penny more than that. Five failed bids later, Will Grigg moved to Sunderland for £3m, the most expensive transfer in League One history, and three times the amount that Sunderland had originally valued him at. He’s ended up scoring five goals in 47 league appearance for the club, and is currently on loan at Roterham United. Sunderland, meanwhile, were not promoted at the end of the season, losing to Charlton Athletic in the play-off final.

Almost three years on, Donald and his consortium have gone (though he remains a minority shareholder), but Sunderland are still in League One. This is now Sunderland’s fourth successive season in the third tier. At the end of the curtailed 2019/20 season they failed to reach the play-offs, finishing in 8th place in the table, and at the end of the 2020/21 season any improvement perceived from finishing in 4th place quickly evaporated when they were beaten in the play-off semi-finals over two legs by Lincoln City. Life in League One has become a bit of a recurring nightmare, for this particular club.

But are things finally about to  change? Sunderland have started this season with seven wins from their nine league matches so far and are the last League One club left in the Carabao Cup, which is already down to its last sixteen. Having dropped just two points since their only defeat of the season so far, to Burton Albion in the middle of August, they’re three points at top of the table after a 5-0 win against Cheltenham Town in their last league match. The last five years or so might have left Sunderland fans with the thousand yard stare of a Vietnam veteran, but hope always find a way of poking its head through the uncertainty.

Much of that hope has come about because of events at a boardroom level. Since February, Sunderland have been owned by Kyril Louis-Dreyfus, the 24 year old son of the late Swiss-French Businessman and former majority shareholder in Olympique Marseille, Robert Louis-Dreyfus. Kyril is said to be worth more than £2bn (there’s a joke in there somewhere about whether he still will by the time he’s done on Wearside) and yes, he is a cousin of the actor Julia Louis-Dreyfus, who is best known for her roles in Seinfeld and Veep.

And despite his relatively tender years, Louis-Dreyfus seems to have a plan, and it seems to be working. The appointment of Kristjaan Speakman, the former academy manager at Birmingham City, as sporting director seems to have given Sunderland a new direction and purpose in the transfer market. The squad looks better balanced than it has done for years, with far greater depth, and transfer targets now seem to be decided by an analytical process rather than cold, blind panic.

It’s too early to say that everything is going to be okay this season and that Sunderland are definitely going to get promoted – this club has been there before – but it’s been a solid start, attendances have been fairly solid at a little under 30,000, and the latest incumbent in the managerial seat, Lee Johnson, seems to have recovered the playing squad from the disappointment of losing in the play-offs again last season.

But the truly fascinating character here is Kyril Louis-Dreyfus. There is a tendency for us to assume that ‘home-grown’ is best, and it’s certainly true to say that ‘investment funds’ of any nationality eyeing up a football club is a potential Pandora’s box, but the assumption that foreign owners = bad seems mis-placed. There have been plenty of terrible English football club owners and plenty of good foreign ones. Everybody involved in the collapse of Bury FC, for example, was English. Even Stewart Donald – who might not have been terrible but wasn’t exactly successful, either – is English.

What matters is not the nationality of the incoming owner, but their intentions. Is this just a business opportunity to them? Do they care about the club, and about the game in a more general sense? Do they have the financial back up their promises without lumbering the club with an unsustainable debt? These are the questions that matter, rather than what passport they may or may not hold. Louis-Dreyfus may also have been viewed with suspicion on account of his age, but this doesn’t have to be a major issue if the owner is prepared to take good advice and plan strategically.

There is, at present, no reason to believe that Kyril Louis-Dreyfus’s age or nationality are any form of impediment to him being able to run this club successfully. They’re three points clear at the top of League One and there’s no sign of that they’re preparing to pay way over the odds for a striker because their FOMO has started to become overwhelming. This project is nowhere near complete but, and this really does stand a reflection upon the state of the club in recent years, in Sunderland this counts as definite progress.