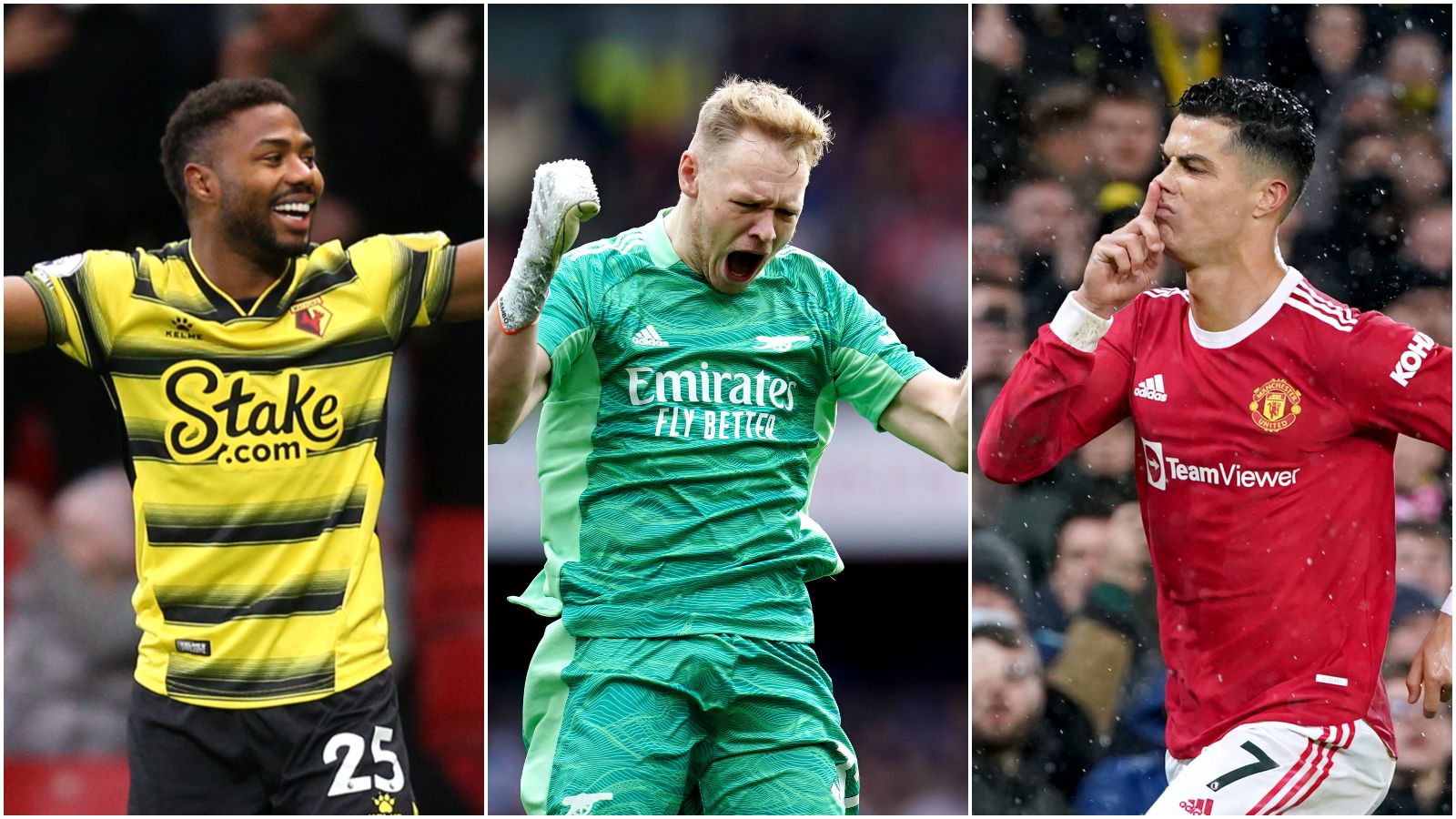 It does feel a little bit like Chelsea did some silly things in the summer when you compile a list of the ten best signings of the season.

10) Christian Eriksen (Brentford)
Despite only playing 12.9% of Brentford’s Premier League games this season, Christian Eriksen has started a third of their wins. He has helped galvanise the Bees and guide them from genuine relegation trouble to the comfort of mid-table purgatory, lifting the mood as well as the quality. A goal and an assist barely scratch the surface of the Dane’s impact.

But no amount of sentimental arithmetic is required to justify his inclusion, nor claims such as those made by Thomas Frank, who suggested even before Eriksen’s Brentford debut that he could be “potentially the greatest signing” in the club’s history. It is a truly remarkable story, life-affirming in every sense.

9) Cristiano Ronaldo (Manchester United)
It helped eradicate the reasonable foundations upon which Manchester United were slowly building season upon season. It exacerbated the underlying culture of finger-pointing and blame deflection. It aggravated the growing divides in an increasingly fractured dressing room. It contributed to the professional demise of a manager he described as ‘an outstanding human being’. It exposed the fragile masculinity of an entire super club’s ego at immense expense.

But Cristiano Ronaldo has scored loads. Only three players have done so more in the Premier League this season. The campaign is coming to an end and it was far from an easy one, despite his 18 goals – the rest of the Manchester United podium is made up by players on nine and six – scored in all competitions.

8) Craig Dawson (West Ham)
In the time since Watford loaned West Ham defensive cover in the form of Craig Dawson – to the jubilation of most connected to Vicarage Road – the Hornets have gone down, come back up and are currently on course to slide into the Championship once more. The 31-year-old had been relegated at the end of his previous two Premier League seasons before linking up with David Moyes, who identified a solid and reliable centre-half when others saw a limited harbinger of potential top-flight doom.

By April of last year, the Hammers made it expressly clear that Dawson would be joining on a permanent basis. He has carried on precisely where he left off in terms of consistency and quiet imperiousness, even taking a career-first European campaign in his stride. West Ham signed two central defenders last summer and not only is Dawson roughly as good as his regular partner at one-fifteenth of the price, he also hasn’t yet been revealed to abuse his pets.

7) Tino Livramento (Southampton)
The fee itself seems to be on some sort of sliding scale, anywhere between £25m to £38m, reduced from £50m due to clauses that stipulate Chelsea are due some of the profit from Tino Livramento’s next move. But the buy-back option the Blues insisted upon when selling the right-back to Southampton seems destined to be cited extensively over the next two seasons or so. The only question is whether someone else gets there first and locks down their right-back position for the next decade.

It is entertaining to see Chelsea start Cesar Azpilicueta and Marcos Alonso as their full-backs, considering Livramento and Tariq Lamptey were sold to Premier League clubs for a combined £10m within the last couple of years. The former has followed a similar trajectory to the latter, leaving Stamford Bridge for more playing opportunities and immediately transforming from highly rated academy graduate with no senior experience to regular top-flight starter courted and admired by a rapidly expanding gaggle of clubs. Southampton was the perfect choice in many ways: Ralph Hasenhuttl is a tremendous coach; their style of play is expansive enough for an adventurous defender with an insatiable work ethic to stand out; and Saints have shown countless times that when the moment comes, they will not stand in the way of a player who feels ready to take the next step. There are few better places to develop before moving on with your stock exponentially improved. St Mary’s is the ideal place for Livramento right now.

6) Cristian Romero (Tottenham)
Five players featured at centre-half in a Premier League game for Tottenham last season. Eric Dier, Toby Alderweireld, Davinson Sanchez, Joe Rodon and Ben Davies took turns in forming the crux of a defence that could not afford a viable platform for a teammate who led both the goalscoring and assist providing charts for the campaign. The departure of elder statesmen Alderweireld, one year after kindred spirit Jan Vertonghen’s own sale, necessitated the biggest change in the club’s backline for at least half a decade.

The onus fell on Cristian Romero to raise the standards closer to the daunting height of his Belgian predecessors. The 23-year-old channels the passing range and composure of Alderweireld, blending that with Vertonghen’s assurance in bringing the ball forward. But Romero brings his own attributes to the table, namely an unmatched aggression, intrinsic physicality and ability to read the game clearly. He has been far from faultless but then it is worth considering what he is being asked to do in terms of leading an often slapdash defence as one of its youngest components and a new signing to a notoriously difficult league.

5) Emmanuel Dennis (Watford)
Watford might yet slip into the shallow abyss, ready to resurface at the next available opportunity, but Emmanuel Dennis has surely done enough to skip the relegation chapter and sustain himself on a regular top-flight diet. Interest from Villarreal is both understandable and likely only the genesis of a possible auction for his services, even if that rhythmic flow of goals in the winter has stalled since the appointment of Roy Hodgson. Nine for the season, with five assists, is a better combined total than Kevin de Bruyne, Raheem Sterling and Sadio Mane.

Dennis does not discriminate against opponents either. He has scored against as many teams in the top half as the bottom, while those goals have come in five wins and four defeats. The numbers produced in a relegation-battling team under three vastly different managers underline the 24-year-old’s versatility and durability. And that is even before mentioning he has at least three more nutmegs than any other player across Europe’s top five leagues. What a menace.

4) Aaron Ramsdale (Arsenal)
In terms of exceeding expectations, Aaron Ramsdale would be this season’s runaway leader and a probable contender for one of the best Premier League signings ever. His pursuit was supposedly emblematic of a misguided and haphazard transfer philosophy at Arsenal, a frivolous purchase of a perennially relegated back-up when such lavish funds were better focused elsewhere in the squad, a quota-filling acceptance of rank mediocrity from a broken club. Jamie O’Hara bellowed loudest during the chorus of criticism, at which point the world ought to have realised it was probably a decent move.

Ramsdale has given Arsenal a stability and seriousness they had lacked for years between the sticks, emitting an air of confidence that has permeated through the defence and energised the rest of the team. It only works in games against sides other than Manchester City, Liverpool or Crystal Palace but that is still most of them. Alisson and Ederson are the only shot-stoppers – a reductive second mention considering Ramsdale’s excellence on the ball – with more clean sheets this season, fitting considering he is certainly among the best of the rest outside the established leading two.

3) Conor Gallagher (Crystal Palace)
When used properly and not as a surreptitious means to hoard as many players as humanly possible, the loan market can be an incredibly effective way to help a player evolve and mature. In many cases with a club of comparable size to Chelsea, it is an option overlooked by managers who prefer to work personally with potential first-teamers to ensure their specific tactical ideals are imparted directly, rather than having those waters muddied and confused by a different coach with a completely contrasting approach for a season. But sending players out temporarily to further their progression is a proven practice, provided the short-term destination is chosen carefully.

Thomas Tuchel could not have designed a better holding area than Crystal Palace, a team discovering its exciting new identity after years of enforced but necessary stagnation, nor a more suitable interim custodian than former midfield general Patrick Vieira. Conor Gallagher is thriving at Selhurst Park with the Frenchman’s guiding hand, offering Chelsea hope of a bright future when they most need it.

2) Jose Sa (Wolves)
The departure of Rui Patricio seemed potentially ruinous for Wolves, such was their initial position as punchers in this relationship when the Portuguese signed upon promotion in summer 2018. The club’s previous regular starting goalkeeper in the Premier League had been Wayne Hennessey so a European Championship winner with almost 100 international caps and substantial experience in continental competition was as close as they were going to get to securing that presence of mind without bringing the Welshman back to Molineux. But Patricio’s exit for Roma, especially when coinciding with Nuno Espirito Santo’s farewell, warranted a changing of the guard.

Bruno Lage has been an inspired hire and Jose Sa perhaps an even bigger upgrade in his position. He has the highest save percentage of any Premier League goalkeeper this season, emphasising the “massive impact” Gary Neville recently said Sa had had at Wolves since joining. That performance against Leeds was bloody weird but to sell and replace a guaranteed starter in any position is difficult enough; improving your goalkeeper at almost half the price as the one you’re letting go is transfer witchcraft.

1) Marc Guehi (Crystal Palace)
Perhaps it is a coincidence that the worst performance of this Crystal Palace season came in the only game Marc Guehi missed. Tottenham eased past the Eagles on Boxing Day as Joachim Andersen and James Tomkins struggled and Wilfried Zaha was sent off. Vieira missed a game that Covid-hit Palace forlornly tried to have postponed despite making a solitary change to the starting line-up from their previous match. Andersen for Guehi was the one alteration.

Chelsea only possess the option to match any bid on a defender they sold for £18m in the summer; whether they have the facilities to rival what would surely be a monstrous bid is another matter. But it is funny to see their current mild panic over another position they voluntarily weakened. And in any event, Guehi and Palace seem understandably enamoured with one another, while the occasional captain has more than four years left on his contract. That will not stop clubs from trying to pry him away from south-east London as a defender with no discernible weakness continues to shine in his first season of senior top-flight football. He really shouldn’t be this good, particularly when you consider he has played 2,610 Premier League minutes this season and the only five other centre-halves under the age of 22 to feature (Andrew Omobamidele, Charlie Cresswell, Wesley Fofana, Nathan Collins and Jarrad Branthwaite) have 1,568 between them.