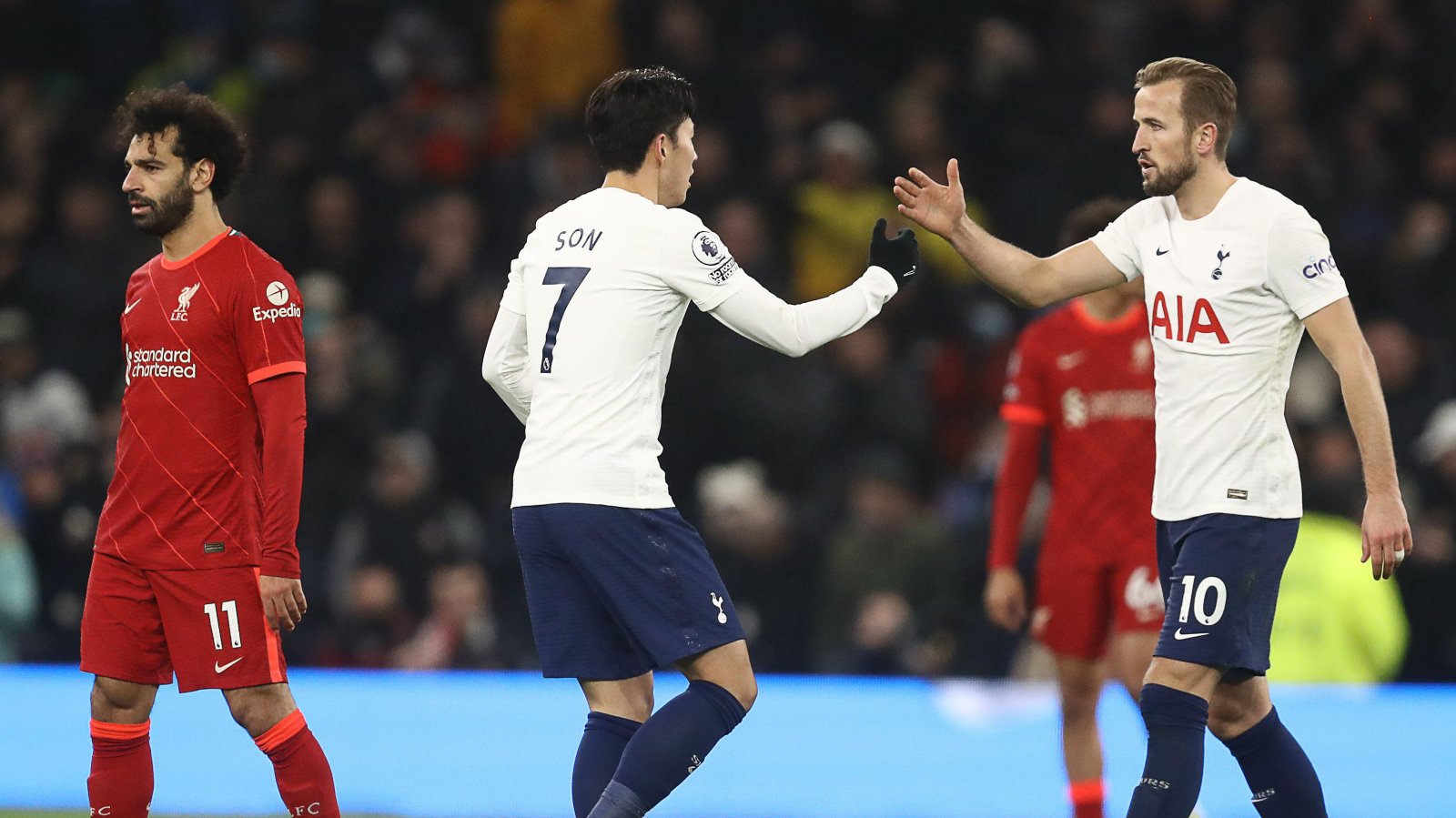 One point separates Manchester City and Liverpool with seven Premier League games left, with a Spurs pair among those that may prove decisive.

10) Fabian Delph (Everton)
Now hold on. At least hear us out. Don’t click on that. Please stay. Why does this keep happening? It’s so lonely here. Someone out there must be able to accept that Fabian Delph (born 21 November 1989) is an English professional footballer who plays as a central midfielder for Premier League club Everton and the England national team, and he can help decide the fate of the title in the year of our Lord 2022.

Everton, beaten home and away under different managers by Manchester City and humbled at Goodison Park when Liverpool made the short trip in December, could still help split the two. They will aim to dispatch a pair of gargantuan fowl with a pebble when visiting Anfield in just under a fortnight, with the derby potentially transforming the table at either end. Victory over Manchester United eased Everton’s survival hopes and it was achieved in no small part thanks to the anchoring of Fabian Delph, making his first Premier League start in four months and carrying out the f**king basics of football like only a champion can. That included communicating to Michael Keane the need to “waste time” while celebrating a goal in the 27th minute. Liverpool should not underestimate such experience and Manchester City will hope for a favour from their former employee.

9) Raul Jimenez (Wolves)
The two-game suspension has been served and Wolves neither advanced nor regressed without their talismanic centre-forward. Supporters and detractors of Raul Jimenez can use the victory and defeat secured and suffered in his absence in whichever way suits their argument. But it is notable that in games against Aston Villa and Newcastle with Fabio Silva flanked by Francisco Trincao and either Hwang Hee-chan or Daniel Podence, the top Wolves goalscorer was Jonny Otto, level with Ashley Young.

Jimenez will surely reprise his role at the first opportunity and considering the run-in puts Wolves in the firing line of both Manchester City and Liverpool, his chance to make a mark is imminent. Pep Guardiola’s side are yet to have their Molineux visit rearranged, while Jurgen Klopp would have picked a more favourable final-day opponent than Wolves at home if given the choice. Jimenez has two goals in six appearances against the pair of them – although the Mexican’s best performance versus either was in October 2019, when he selflessly and brilliantly laid on two Adama Traore strikes at the Etihad.

8) John McGinn (Aston Villa)
Three teams face both Liverpool and Manchester City before the end of the Premier League season. Wolves, Newcastle and Aston Villa are the most common obstacles in this race. Klopp will be particularly relieved that is not a literal description, considering his summer surprise at John McGinn’s stamina levels. The Liverpool manager was said to have once asked whether the Scot ‘ever stopped running on matchday’, having previously publicly referred to him as a “super player”.

Guardiola will be no stranger to McGinn, the scorer of the quickest Premier League goal Manchester City have ever conceded under the Spaniard when he netted after 20 seconds in April. Villa lost their December meeting with the Blues 2-1 and the Liverpool match two weeks later 1-0. Steven Gerrard will be keen to slip into the conversation and his team have shown an ability to at least make things as difficult as possible for them.

7) Jarrod Bowen (West Ham)
There are four players with at least eight goals and assists each in the Premier League so far this campaign. Mo Salah and Harry Kane would ordinarily expect to comprise half that field, while Mason Mount has quietly put together an impressive season amid Chelsea turmoil. But completing the set is Jarrod Bowen, whose West Ham exploits have justifiably not gone unnoticed. Liverpool are known to be interested; a decisive goal against Manchester City in the penultimate game could certainly help grease those wheels.

Bowen assisted twice in a dramatic 3-2 win over the Reds at the London Stadium but was substituted early in the return fixture and managed understandably little in a minor cameo during an Etihad defeat in November. He has the ability and versatility to cause problems in any defence, even if the Europa League final falling three days after hosting Manchester City could prove too almighty a distraction for the Seville-bound Hammers.

6) Kalvin Phillips (Leeds)
Liam Cooper could quite easily take this place; Leeds have lost just one of the last nine Premier League games their captain has started and Jesse Marsch’s defensive revolution only took hold upon the centre-half’s return from a lengthy injury. But Kalvin Phillips is likelier to prove a direct difference in more pivotal midfield battles against Fabinho, Thiago, Jordan Henderson, Rodri, Bernardo Silva and Kevin de Bruyne. The 26-year-old’s tentative comeback from a hamstring problem has been gradually building from a place on the bench against Wolves, to respective 24 and 31-minute appearances to help procure four points from Southampton and Watford.

The next logical step for Phillips would be a start and considering their next Premier League game is not for another fortnight, he should be up to speed by the time Manchester City visit on April 30. Phillips was painfully absent for the 7-0 shellacking Leeds were subject to in December and he has actually yet to ever be beaten by Guardiola’s side. The only two times he has faced the reigning champions was in the 2020/21 season, as the stable foundation upon which a win and a draw was built.

5) Bruno Guimaraes (Newcastle)
“Next season I believe we will strengthen very well to seek, who knows, a spot in the Champions League, in the Europa League. From now on, it’s a team to compete to be champions of the Premier League,” Bruno Guimaraes said in March. Newcastle will have their opportunity to lay down an early marker when they host Liverpool and travel to Manchester City in consecutive weekends. It was not pretty for the Magpies when that double header was reversed in December and they came away from Anfield with a 3-1 defeat before holding a 4-1 loss at home to Guardiola’s side three days later.

Newcastle have grown since then and Guimaraes best encapsulates their change in attitude and approach. He has started four Premier League games since signing in January and each have been uncharacteristically decided by a solitary goal: 2-1 and 1-0 wins, with a couple of 1-0 defeats. The 24-year-old has been an inspirational addition and his blend of attributes should threaten the challengers.

4) Harry Kane (Spurs)
It does not really need explaining but this should suffice: four goals and five assists in his last six Spurs games; the third-most goals and assists in Europe’s top five leagues so far this calendar year; one goal against Liverpool this season; a record of a goal every other game in 14 matches against the Reds. It’s Harry Kane. He’s only higher than Fabian Delph on a technicality.

3) Heung-min Son (Spurs)
Pretty much the same energy. Heung-min Son is more effective against Manchester City, beating them in eight of 15 meetings, while scoring seven goals and setting up three. The South Korean is not quite as impactful when facing Liverpool but netted at home to them earlier this campaign and away in December 2020. His and Kane’s record against the top two dovetail impeccably and their attacking fusion, especially when combined with the stylings of Dejan Kulusevski, adds a remarkable degree of jeopardy to that Anfield visit on May 7. The wide-held supposition that Manchester City and Liverpool will simply relentlessly win all of their remaining fixtures does rather overlook how the latter face a transformed Spurs and arguably the continent’s most in-form attacking trio, a matter of days after a potential Champions League semi-final second leg.

2) Ruben Neves (Wolves)
Bruno Lage sounded more hopeful when issuing his latest Ruben Neves injury update, suggesting the Portuguese’s knee problem was “not as serious” as had been feared. Even then, the initial prognosis could have provided him with a basis for a grandstand finish as it was predicted that Neves could return by May – the month when Wolves take on both Manchester City and Liverpool.

In addition to the obvious motivators, Neves could be prompted to perform and impress in the hope of firming up an approach from either Arsenal or Manchester United. The 25-year-old featured in 1-0 losses to both title contenders in December and any semblance of revenge would be either the prelude to a welcome career development, or proof that Wolves are on the sort of track he is willing to commit to following.

1) Philippe Coutinho (Aston Villa)
Hadn’t properly considered it until now, yet it suddenly feels absolutely right. Aston Villa welcome Liverpool on May 10, then pop up to Manchester City on the final weekend 12 days later. The discussion will be inevitably dominated by Gerrard but a captivating subplot centres around Philippe Coutinho. Five goals in seven games against the current leaders is a quite stunning return and any repeat of that 2014 winner would likely guarantee Michael Edwards his statue outside Anfield for the most enduring transfer masterplan long game ever.

But that tantalising prospect of a butterfly flapping its wings – Liverpool selling Coutinho to Barcelona for £142m – in January 2018, only to cause an eventual hurricane of narrative-laden schadenfreude when the Brazilian scores the goal that kills the Quadruple more than four years later, is quite something. The muted celebration alone would be spectacular.