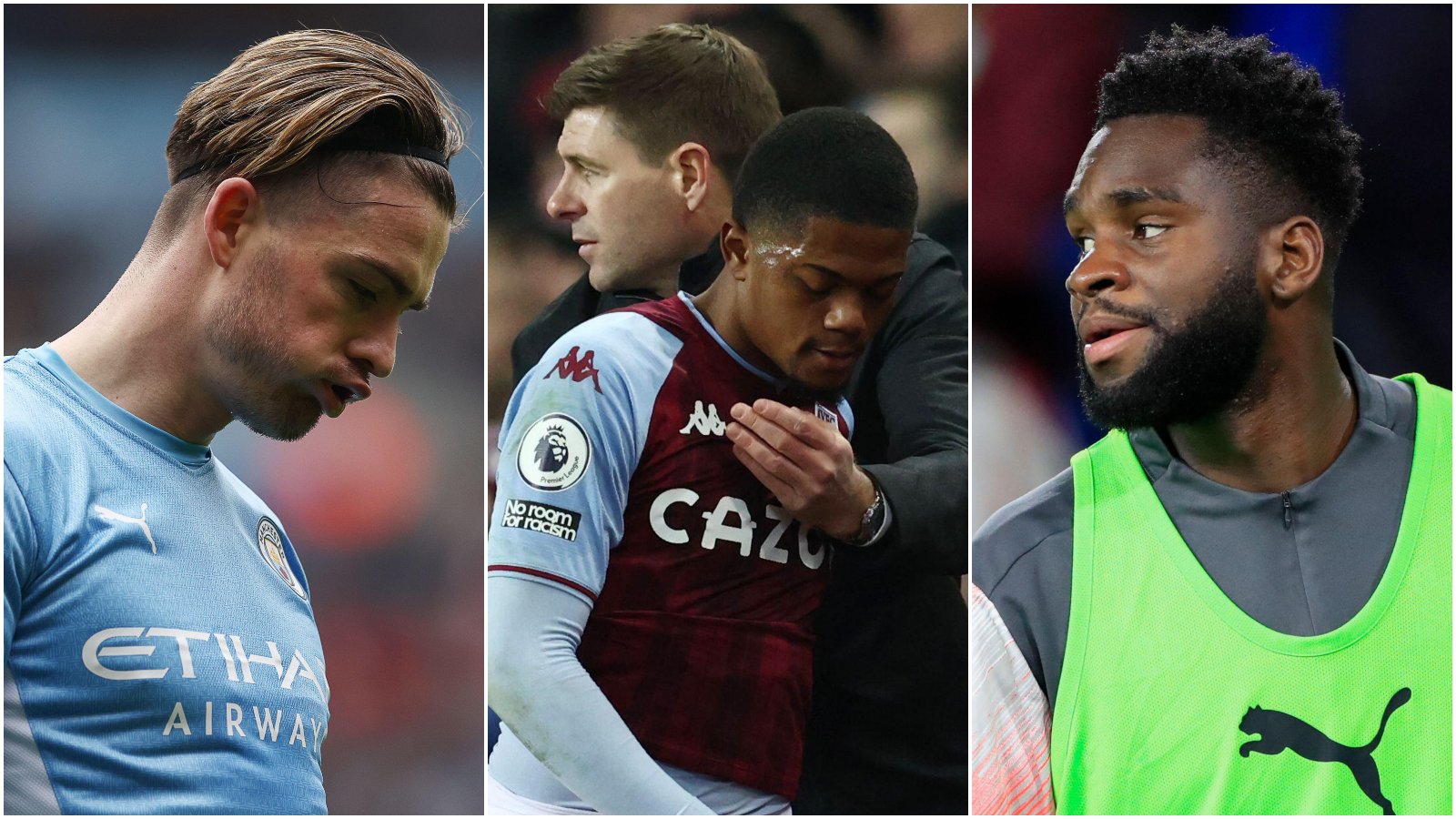 Erik ten Hag can turn one of the biggest disappointments of the season into a reliable outlet. And next season may have a Max Aarons answer.

We did the same list last season and it is eclectic, folks. Meet back here in 12 months, yeah?

10) Max Aarons
Life is full of unsolved mysteries: what happened to the Mary Celeste? Who was Jack the Ripper? And is Max Aarons actually any good? Four seasons into a yo-yo career of promotion, relegation, promotion and certain relegation, interspersed with interest from Barcelona, Bayern Munich, Borussia Dortmund, Roma and a series of Premier League clubs, the answer seems further away than ever.

Both his Championship campaigns have resulted in a winner’s medal, nomination for the EFL Young Player of the Year award and a place in the PFA Team of the Year. Aarons has subsequently accompanied Norwich to the bottom of the table on both of his visits to the top flight. He has just turned 22 and there is a sense that he has shown enough to suggest he could attune his talents to a more ambitious team and become that rarest commodity: an English right-back whose excellent attacking contributions are constantly undermined by doubts over his defending.

9) Odsonne Edouard
Ten Crystal Palace players have been given more minutes but only two teammates have outscored Odsonne Edouard so far this season. Patrick Vieira hailed his summer deadline day signing’s “proven quality” yet the opportunities to demonstrate such ability have gradually diminished and that two-goal salvo in six substitute minutes against Tottenham on the opening weekend seems to have been a false dawn. The Frenchman has slipped behind Christian Benteke, Jean-Philippe Mateta, Jordan Ayew and Wilfried Zaha since.

A true pre-season should revitalise Edouard, whose immediate impact on the Scottish Premiership with Celtic was always going to be difficult to replicate in England. His late arrival to a new team, coach and squad last summer further compromised a difficult adaptation from Parkhead to Selhurst Park. It might be that Edouard has a bigger part to play in the next phase of their development under Vieira.

8) Adam Armstrong
After scoring 44 goals across 86 games of the previous two Championship seasons, Adam Armstrong had earned his second bite of the Premier League cherry. The striker’s start on the opening weekend for Southampton against Everton came just over six years after his previous top-flight appearance. Marking the occasion with a goal and winning a stoppage-time penalty from which James Ward-Prowse equalised against Newcastle a fortnight later represented a fine start to life on the south coast.

But that progress has slowed markedly and noticeably. Armstrong has not played more than 45 minutes of a Premier League game this calendar year and a pecking order has been established with Armando Broja, Mohamed Elyounoussi and a 35-year-old Shane Long with a couple of months left on his contract ahead of the £15m signing. His last five league starts have come against Chelsea, Tottenham, Arsenal, Leicester and Liverpool, dating back to November; it isn’t difficult to see why many Southampton fans believe one of the key reasons behind him struggling to keep his head above water is because the manager constantly throws him in at the deep end. With more faith from the dugout and consistency in terms of opportunities, Armstrong can still stretch to becoming a solid striker.

What does it say that Ralph continues to choose 35-year-old Shane Long, who is out of contract this summer, over our biggest summer signing of £15m – Adam Armstrong? #Saintsfc

7) Boubakary Soumare
“It’s true that at the start, it was tricky. I’m always in the process of learning because it’s the biggest league in the world. You don’t come here and click your fingers and you’re strong straightaway. It takes a bit of time,” was the recent admission of Boubakary Soumare, who at least has conquered the first challenge of accepting the superiority of Our League. “You have to stay patient and be determined, and believe in yourself because I know what I am, what I’ve already done. I can do it again here but it takes work and time. I’m still learning. There’s more pressure, key moments than where I played before but I’m always adapting even if I am better now than at the start of the season.”

Part of the issue since swapping Ligue Un champions Lille for a challenge at Leicester has been stability. Soumare has dealt with injuries and illness throughout his debut Premier League campaign, restricting him to 11 minutes of the club’s last 17 matches. Even when he has been available, the 23-year-old has not had the most reliable platform on which to perform because of the other fitness issues that have undermined Leicester’s season as a whole. The transition period will soon be over and supporters will only hope to see some more of Soumare.

6) Josh Dasilva
For almost 18 promotion-challenging months, Josh Dasilva was tied with Rico Henry as the established Brentford starters who felt as though they belonged in the Premier League. The latter has been excellent on the left for Thomas Frank’s side; the former has had his taste of the top flight ruined by the added seasoning of a long-term injury and an immediate suspension upon his return.

The prospect of Dasilva combining with and learning from Christian Eriksen has already titillated the manager, who said in February: “We just played a small-sided game today and one thing Eriksen needs to learn is to never be in a one-vs-one situation with Josh because he will lose that battle! The dream, of course, to have both of them on the pitch at the same time. In top shape, that will be a big moment for everyone involved in Brentford Football Club, for the fans. You can never predict the future but if that happens – phwoar – that will be good.”

Those 12 minutes alongside each other against Tottenham might be the only fleeting sample supporters are afforded. If Eriksen stays then the pair could thrive. Or Dasilva will have to step up and be the midfielder Brentford build around again.

5) Daniel Podence
You get locked up nowadays for saying Daniel Podence has more shot-creating actions per 90 minutes this season than Raheem Sterling, James Maddison, Wilfried Zaha, Thiago Alcantara and Harry Kane. Wolves are the lowest scorers in the top half by at least seven goals and perhaps it is telling that Podence (3.74) ranks 17th overall in the Premier League by that aforementioned metric; the departed Adama Traore is the club’s highest player in 9th and next is Francisco Trincao (2.49) in 92nd.

Podence is 67 games and two risk-averse managers deep into his Wolves career but the flashes of his potential are enticing. Bruno Lage has struggled to construct a threatening attack regardless and removing the 26-year-old Portuguese makes it an even starker equation. Podence has only started 15 Premier League games all season, yet Wolves last scored a goal without him on the pitch in November. He could be the unexpected answer to a range of Molineux questions.

4) Jack Grealish
There is an argument to suggest Jack Grealish has been too effective as a Manchester City signing, so eager to be subsumed into the Pep Guardiola machine that he has sacrificed the unique assets that attracted his and their attention in the first place. He has not ended a season on as few as five goals since an interrupted 2017/18 with Aston Villa, while three assists is a bar so low he last failed to clear it in 2016/17, when Roberto Di Matteo and Steve Bruce spent the club’s first campaign since relegation essentially steering Grealish away from the limelight.

The 26-year-old has not started more than three consecutive Premier League fixtures since October and 22 minutes as an Atletico Madrid substitute target represents the total sum of Grealish’s Champions League knockout career. There are bigger matches to come and it will be intriguing when and how much Guardiola trusts him. The solace is that many a Manchester City player has experienced the phase of acclimatisation necessary to flourish under the Spaniard. Joao Cancelo and Riyad Mahrez are both always free for a chat.

3) Leon Bailey
“He’s arguably been our best trainer and I want to reward people like that. He’s doing it on a daily basis and I can’t ignore people who are showing me that they deserve game time,” said Steven Gerrard, explaining his decision to grant Leon Bailey only a sixth start of the Premier League season against Leicester. The Jamaican proceeded to miss a presentable early chance in a performance that could only ever be disjointed and slack, considering his lack of consistent minutes this season. The first issue will be to identify and address those fitness problems.

None of the three players Aston Villa spent their £100m summer inheritance on have impressed. Danny Ings has been entered into a striker rotation with Ollie Watkins and Emi Buendia’s progression was stunted by the addition of Philippe Coutinho. Bailey has the most natural place of the trio in Gerrard’s team but it will require patience and perseverance from all parties to work properly.

2) Dominic Calvert-Lewin
While the main disappointment surrounding Dominic Calvert-Lewin for some has been his brazen disrespect in wearing clothes he likes and having interests outside football, some have been disheartened by his difficulties on the pitch. The Carlo Ancelotti project of turning the striker into Pippo Inzaghi’s latest successor had to be sidelined and neither Rafael Benitez nor Frank Lampard have proved capable of copying that homework.

That fractured toe early in the season was timed disastrously – Calvert-Lewin had scored in each of three unbeaten Everton games to begin the campaign – while his current injury is the most monumental thing involving a quad on Merseyside currently. It could be that the 25-year-old recovers in enough time to help rescue the Toffees. If not, two paths will present themselves: a goal-laden, roundabout Championship way of completing his journey to play in every division of the Football League; or an expensive move to another Premier League club, albeit one that might cross the ball and does not feel the need to part with its director of medical services, head of sports science and first-team rehabilitation fitness coach in the middle of a season.

1) Jadon Sancho
Pep Guardiola inherited Raheem Sterling. Jurgen Klopp was bequeathed Roberto Firmino (and Divock Origi). Erik ten Hag will have Jadon Sancho passed down in Ole Gunnar Solskjaer and Ralf Rangnick’s combined Manchester United will. It is on the Dutchman to mimic the club’s bitter rivals in turning the relative trash of two coaches into the treasure the former Borussia Dortmund forward can be.

It could still be argued that no manager has come closer than Michael Carrick to unlocking Sancho’s potential in England, which is equal parts hilarious and concerning. The 22-year-old should be among those to benefit most from a full-scale rebuild at Old Trafford, a deep clean of the dressing room and a hard reset in terms of tactics. Sancho has fallen far below expectations this season but Ten Hag’s clarity of thought and ruthless approach should safeguard against a repeat.